Illustration By Aubrey Hirsch for TIME
Ideas
By Aubrey Hirsch
Hirsch is the author of Why We Never Talk About Sugar, a short-story collection. Her stories, essays and comics have appeared in Vox, the New York Times, the Nib and elsewhere

The woman from the Social Security office had a lot of questions. I dutifully answered them, using my shoulder to clamp the big hospital phone to my ear so I could use both hands to adjust my one-day-old son’s latch. She asked me my name, birthdate, place of birth, marital status, Social Security number. Then she asked me all of these same questions about my husband. Then she asked for the baby’s time and date of birth, his sex, and to carefully spell his first and middle names.

She did not ask me for his last name, despite the fact that my husband and I had different last names. Half-dazed and exhausted, I didn’t notice this until her tone went from business-casual to chirpy and congratulatory and I realized she was about to end the call.

“Oh, I have it,” she replied, and spelled out my husband’s last name.

“I thought you said you were married.”

She replied, “Then Baby gets Dad’s last name.”

Read More: My Kids Can’t Get Vaccinated Yet, and I’m Barely Keeping It Together

This is the assumption I’ve been pushing back against since my first son was born nine years ago: that babies must take their fathers’ last name. It’s true that patrilineal baby-naming dominates in America. Researchers have found that heterosexual married couples give the baby the father’s name more than 95% of the time. But tradition wasn’t a good enough reason to convince me that the children I grew in my own body shouldn’t have my name. After all, it’s (mostly) women who do the hard work of pregnancy and childbirth. We also do the vast majority of the actual parenting (in the American Time Use Survey, mothers record spending more than twice as much time physically caring for young children as fathers). So why shouldn’t we pass on our names as well?

Luckily, my kids’ father agreed. We considered hyphenating, but that seemed like a one-generation solution before the number of names became unwieldy. Besides, he was never a fan of his last name, which was stamped onto his family’s documents on Ellis Island, and not the name they actually boarded the boat with, whereas my name was very important to me.

Read More: How the Pandemic Could Finally End the Mommy Wars

My paternal grandfather, John Hirsch, had traced our genealogy back to the 1600s in Germany and Sweden. Some of my earliest memories are of sitting on the floor of his study, paging through the big binders of horizontally laid family trees. I loved looking at the names of my ancestors: Florence Mae, Winifred Alleyne, Henning Joseph. My great-grandmother was a descendant of Johnny Appleseed’s half-brother. We were also connected to the Edwards family, descendants of a Welsh pirate and, arguably, the owners of a few dozen acres of land in lower Manhattan they would certainly never get back.

This didn’t feel like history to me. It felt like who I was, who I am, and an important part of what I wanted to pass on to my children, and their children, and so on. I grew up in a family with three daughters, so if the name was going to survive another generation, one of us girls would have to buck tradition. I wanted it to be me.

I finally managed to persuade the lady from the Social Security office to record “Hirsch” as the baby’s last name and, no, she didn’t need to talk to my husband first. But this was just the first of many exchanges that have reminded me that a woman passing on her name demands an explanation, while a man doing the same does not.

Read More: ‘Of Course She’s Not O.K.’ The Conversation That Changed How I Thought About Early Motherhood

Most often, this looks like benign confusion. People see my kids’ names and call their dad “Mr. Hirsch.” I get asked for my birth name and then get strange looks when I reply, “Hirsch.” For years, I got invitations and holiday cards addressed to “The HisLastName Family,” even though 75% of the people in my home were Hirsches. Or people just want to know why the kids have my last name and not their father’s (a question I’d guess men who pass on their names never have to answer). I know people make assumptions based on what they’re used to, but sometimes the comments reflect not just surprise but an underlying belief that the man is, by definition, the most important person in the family. People say things like, “You’re lucky the father let you do that,” as if I wouldn’t be an equal partner in the decision.

And of course people online have very strong feelings about how I’ve chosen to name my children. Despite the fact that my kids’ names have nothing to do with them and affect them in no way, dozens of people (mostly men) have taken time to share their outrage with me, call me names, accuse me of being a bad mother or of destroying incentives for men to marry, and threaten me for denying a man of his birthright to pass on his name. I’ve seen so many variations of people asking, “Why would you give the kids your father’s last name instead of your husband’s?” that, at times, I begun to feel invisible. It’s not just my father’s name. It’s my name. Couldn’t they see that erasing a woman’s ownership of her own name is a symptom of the same disease I’m trying to remedy?

This devaluation of mothers doesn’t exist only online. Mothers who work full time make an average of 75 cents for every dollar working fathers make. And in the early months of the pandemic, a Lerner Center for Public Health Promotion survey showed that 80% of U.S. adults who were not working due to caregiving responsibilities for kids not in school or daycare were women. Attempts to pass more social supports for working parents, like paid family and medical leave, subsidized daycare and universal preschool, have stalled, and it’s mothers who will be shouldering the bulk of these burdens, giving up our jobs along with our names.

I think of these facts every time someone asks, out of curiosity or anger, why my children have my name, but every time I hear my children’s names spoken aloud or I write them down on one of the endless forms that materialize when you become a parent, I feel proud that their name is my name. My grandfather died before my first son was born but lived long enough to hear that I was expecting and that the baby would be a Hirsch, like him. Like me. It makes me happy to know that the name will live on, like the genealogy books that are now in my father’s study and will someday be in mine and then my sons’.

And perhaps the name will go on after them as well, if they choose to have children of their own. Unless, of course, they opt to give their children their partners’ names, a decision I would fully support. That’s another thing I would be proud to pass on. 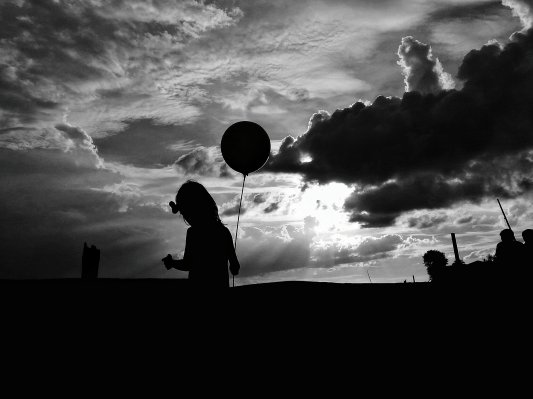 The Quiet Ache of Children's Pandemic Birthdays
Next Up: Editor's Pick