There is one piece of good financial news out this week: wages have gone up across the board in the past year. A new report from the ADP Research Institute, which tracks payroll data, shows that U.S. wages for existing job holders rose a record 5.9% in December compared to the year before, while those who switched jobs increased wages by an average of 8%, also a record high. The push and pull reflects the stiff competition companies face this year to retain talent. Over 20 million workers quit jobs in the second half of 2021 alone as part of the so-called Great Resignation, and the country has millions more job openings than unemployed people to fill them.

“One thing to understand about wage growth is that it’s been all over the place since the pandemic,” says Nela Richardson, ADP’s Chief Economist, “but now wage changes are normalizing and wage growth is a little more meaningful.”

That’s good news for everyone who’s dealt with the increased cost of goods over the past year, as wages keep pace with rising prices. Indicators predict that inflation gauges will show prices rose by 5.8% in the past year through December 2021. The Federal Reserve announced on Wednesday a plan raise interest rates in March, a response to the strong job market and inflation.

“It’s usually couched as wages pushing up inflation, rather than inflation pushing up wages,” says Richardson, noting that the inflation we’re seeing is a result of supply chain bottlenecks more than anything else. When it comes to the year’s upwards-trending payroll numbers, it’s less a reflection of increased costs of living and more a matter of a tight labor market. “It’s not about the worker, it’s about the other company. We can see that’s very resonant, especially given that larger companies have the ability to increase wages faster to offer special bonuses and more flexibility than smaller companies,” she says. “This has been a head to head competition.”

Employees at companies with between 500 and 1,000 workers benefited the most from across-the-board raises, ADP’s research shows. New hires in fields like professional business services and information technology were particularly lucky, receiving 12% increases on average. Meanwhile, the leisure and hospitality industries—where hiring and quitting have been particularly volatile during the pandemic—saw wage stagnation. Overall, wage growth was most impressive for Gen Z and Millennial workers: Gen Z wage gains went up 13.1% from the year before, ADP reports, while Millennial paychecks were bumped on average 9.2%.

The Great Resignation may have been a big story of 2021, but the numbers show that for those willing to commit, many companies have been sweetening the deal more than they have in the past. “You would expect job switchers to see high growth in a tight labor market,” Richardson says; that’s the norm for these conditions, and the significant 8% wage growth for job switchers reflects that expectation. “What’s compelling about the quarter’s finding is that we’re also now starting to see strong job growth for job holders catching up. Staying on the job is actually now becoming valuable.” 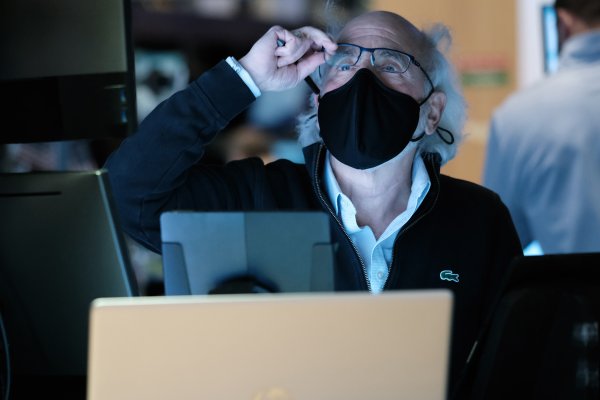 We Can't Blame Stock Market Volatility on COVID-19 Anymore
Next Up: Editor's Pick