A 1992 photo of author Toni Morrison at home
James Keyser—Getty Images
By Olivia B. Waxman

In Florida’s Polk County, Nobel Literature Prize-winner Toni Morrison’s novels The Bluest Eye and Morrison’s Beloved were among 16 books “quarantined”—taken off shelves in public school libraries “so a thorough, thoughtful review of their content can take place,” a spokesperson explained to The Ledger—on Jan. 25 after a complaint. Less than a week earlier, a school board in Wentzville, Missouri had voted 4-3 to remove The Bluest Eye from the district’s high school libraries at a board meeting on Jan. 20. The decisions are just two examples of a wave of book bans and challenges to school libraries’ content currently occurring across the U.S.

“By all means, go buy the book for your child,” Sandy Garber, a director of the Wentzville school board, said at the meeting, according to the St. Louis Post-Dispatch. “I would not want this book in the school for anyone else to see.” (Garber did not immediately respond to a request for comment from TIME.)

The board members overruled recommendations by a committee of educators who reviewed the novel after a parent objected to depictions of pedophilia, incest, and rape. That committee had voted 8-1 to retain the book in district libraries. “This novel helps the reader step into and understand 1941 (pre WWII, pre civil rights movement), small town Black culture in a way no textbook can do,” the committee wrote in a report. “Removing the work would infringe on the rights of parents and students to decide for themselves if they want to read this work of literature.”

Morrison’s works are a regular fixture on the American Library Association (ALA)’s annual list of the top 10 most challenged books. The Bluest Eye has appeared several times, in 2006, 2013, 2014, and 2020. Beloved, Morrison’s Pulitzer Prize-winning 1987 novel, is also on the 2006 and 2012 lists. And in the mid-1990s, Song of Solomon was repeatedly challenged in school districts in Colorado, Florida, and Georgia for “inappropriate” and “explicit” material.

In Oct. 2021, a Virginia mom who tried to get Beloved banned from her son’s high school in 2013 was featured in an ad for then-gubernatorial candidate Glenn Youngkin, who made education a core part of his platform. He won the governorship the next month. (In 2016 and 2017, then-Gov. Terry McAuliffe—Youngkin’s opponent in the 2021 election—had vetoed so-called “Beloved bills,” efforts to enable parents to opt their children out from reading sexually-explicit novels at schools.)

Amanda Darrow, director of youth, family and education programs at the Utah Pride Center, poses with books that have been the subject of complaints from parents in recent weeks on Dec. 16, 2021, in Salt Lake City. In Utah, the state chapter of the American Civil Liberties Union has opened an investigation after a suburban Salt Lake City district removed several books including Toni Morrison's “The Bluest Eye,” pending investigation into a parent complaint.
Rick Bowmer—AP

Since the start of the 2021-2022 school year, the ALA says it’s seen an “unprecedented volume of challenges” aimed at books by, and about, people of color, and books that tackle topics like racism and sexual or gender identities. The moral panic is largely fueled by conservative advocacy groups spreading misinformation that critical race theory is being taught in K-12 schools. That is not the case.

Scholars say one of the reasons Morrison’s books in particular are controversial is because they address, unabashedly, nearly all of the above, centering on dark moments in American history that can be uncomfortable for some people to talk about. Beloved, for example, is inspired by the true story of an enslaved woman, Margaret Garner, who killed her daughter in 1856 to spare her from slavery.

“What she tried to do is convey the trauma of the legacy of slavery to her readers. That is a violent legacy,” says Emily Knox, author of Book Banning in 21st-Century America, of Morrison’s body of work. “Her books do not sugarcoat or use euphemisms. And that is actually what people have trouble with.”

A 2016 TIME analysis of college syllabi found that, at the time, Morrison was the third-most assigned female author in college classes.

Dana A. Williams, President of the Toni Morrison Society and dean of Howard University’s graduate school, adds that efforts to ban Morrison’s books are not only about their text, but also about Morrison herself, the first Black American woman to win the Nobel Prize in Literature in 1993.

“[Following] any advance by Black people, you will see some stirrings around banning a Toni Morrison book,” says Williams. “After the Black Lives Matter movement, after the 1619 Project, after the election of Barack Obama, any major moment in history where you see progress of people of color—Black people in particular—backlash will follow… Morrison books tend to be targeted because she is unrelenting in her belief that the very particular experiences of Black people are incredibly universal. Blackness is the center of the universe for her and for her readers, or for her imagined reader. And that is inappropriate or inadequate or unreasonable or unimaginable for some people.”

Morrison herself often spoke out against censorship, both of her work and more broadly. At a 1982 event, “An Evening of Forbidden Books,” she argued that such behavior constitutes “political control of a certain art form,” and that “there is some hysteria associated with the idea of reading that is all out of proportion to what is in fact happening when one reads.” And in the 2019 documentary The Pieces I Am, she talks about having a framed letter from the Texas prison system saying her book Paradise was removed because it could incite a riot, and thinking, “How powerful is that! I could tear up the whole place.”

Her comments in the introduction of Burn This Book, a 2009 anthology of essays she edited on censorship issues, are especially appropriate for today. That same year a school district in Michigan had removed and then reinstated Song of Solomon from an AP English class. “Efforts to censor, starve, regulate and annihilate us are clear signs that something important has taken place,” she wrote. “The thought that leads me to contemplate with dread the erasure of other voices, of unwritten novels, poems whispered or swallowed for fear of being overheard by the wrong people, outlawed languages flourishing underground, essayists questions challenging authority never being posed, unstaged plays, canceled films—that thought is a nightmare. As though a whole universe is being described in invisible ink.” 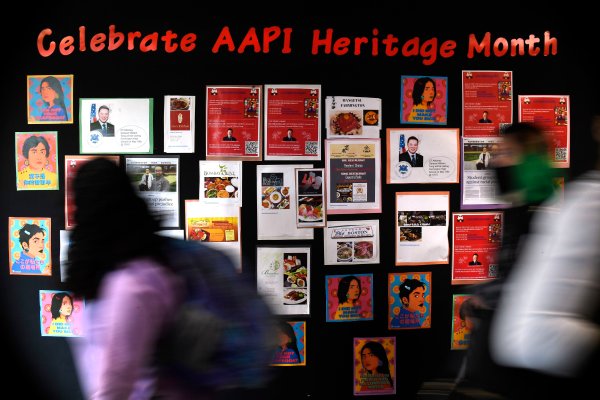