Eric Adams, the new mayor of New York City, announced on Jan. 24 a detailed plan aiming to end gun violence in his city. Adams, a former police officer and Brooklyn borough president, made public safety one of the tentpoles of his campaign, amid much attention to a national rise in gun violence during the COVID-19 pandemic.

However, the plan’s comprehensive focus on law enforcement strategies—as opposed to more community-led initiatives—has some community leaders in the city concerned.

Adams’ announcement came less than a week after two New York Police Department (NYPD) officers were shot in Harlem. One died at the scene, the second a few days later. This month, five police officers have been shot in New York City; there have been over 70 shooting incidents in the city so far this year.

During a press conference, Adams discussed the “Blueprint to End Gun Violence,” which “has been in the works since the earliest days of Mayor Adams’ campaign.” It describes its intentions, both long and short term, as “[representing] the biggest action in years to protect New York City and our communities by marshaling the collective action of all New Yorkers and bringing unprecedented resources to bear.”

The plan calls for collaboration with state officials, federal partners and agencies and the Biden administration. In New York City specifically, the policy changes and proposals include an increase in patrol officers within the 30 precincts where 80% of the city’s violence occurs. (These precinct neighborhoods are primarily marginalized and disenfranchised parts of the city.)

The blueprint calls for a focus on “new technologies and software” to identify people believed to be carrying guns; Adams has also confirmed that he will be bringing back a controversial plainclothes anti-gun unit that was disbanded in 2020. There will also be a focus on disrupting the flow of illegal weapons into the communities impacted by gun violence.

“Gun violence is a public health crisis. There is no time to wait. We must act. The sea of violence comes from many rivers,” Adams said during the press conference. “We will not surrender our city to the violent few. We are not going to go back to the bad old days. We are going to get trigger pullers off the streets and guns out of their hands.”

The blueprint acknowledges the multi-pronged strategies needed to curb gun violence, but some activists and community leaders say it’s not balanced enough in its approach.

“[Mayor Adams] is very much relying on law enforcement. He comes from a law enforcement background so I can see why he relies on these strategies in this plan but it’s not getting at the root causes enough,” Carl Hamad-Lipscombe, executive director of Envision Freedom Fund, a Brooklyn-based bail fund tells TIME. “It’s reminiscent of policies from the 90s. New Yorkers have a long memory. We remember how these policies played out. We remember feeling like our communities were under siege.”

(Hamad-Lipscombe is referring to a period when crime was much higher in the city, which led in turn to predatory and discriminatory actions from the NYPD like “stop and frisk,” which was later ruled unconstitutional.)

“Every time there’s an uptick in crime our default is to go to the police and the criminal justice system because there really isn’t an effective, robust and extensive network that can provide the civic and civilian services that are vital to addressing crime,” adds Liz Glazer, former head of the Office of Criminal Justice under Mayor Bill de Blasio. “We need to find a way to hotwire together all the different [community organizations] that are built to address violence.”

There are plenty such organizations, community groups, mutual aid networks and more across New York City that work to address gun violence and get at its root causes, but many of them are not properly funded and connected to city agencies, which limits their reach and resources. The government in turn focuses on what it can control: which is primarily law enforcement. Mayor Adams says that a dedicated anti-gun violence coordinator will be embedded within every city agency, but the specifics of these individuals’ responsibilities, or oversight, are as yet unclear.

The blueprint does include plans to address wider socio-cultural issues such as employment opportunities, access to health care services and improving education programs. However, these are mostly couched as longer-term goals and in vaguer terms. Some activists have gone as far as labeling them “window dressing,” compared with the more immediate focus on police work.

Handguns and other firearms are displayed during a gun "buyback" held by the NYPD in Brooklyn, New York on May 22, 2021. The "no questions asked" event offered a chance for gun owners to trade in firearms for gift cards and iPads, as part of ongoing efforts by the NYPD to tackle gun crime.
Ed Jones—AFP/Getty Images

The mayor will also be expanding the Crisis Management System (CMS), a city-run violence interruption program that operates in the same 30 precincts that see the majority of the city’s violence.

Erica Ford, the co-founder of Life Camp, a New York City-based anti-violence organization, is one of the architects behind the CMS program and helped the city implement the strategy in 2010. Ford believes that by empowering those who are involved in the CMS program, Adam’s intent is to uplift those in the community who can make a difference.

“You have to work with [credible community members]. You have to use them as a tool to get at those individuals who are more likely to be involved in violence,” Ford says.

Read more: Amid a Continuing Wave of Gun Violence, This U.S. City is Bucking the Trend

But while the plan does offer this support for an important program that addresses gun violence, it could also force some at-risk youth into the criminal justice system—specifically, young people who are arrested with guns.

In many communities that struggle with gun violence, it is widely understood that older criminals make their younger peers carry and hold guns for them to avoid adult gun charges. And according to the blueprint, if a 16- or 17-year-old is arrested on a gun charge and declines to share where they got the gun, or who they got it from, then they are eligible to be charged in criminal court, rather than family court.

“So you either put your family in danger [by informing on the adult you got the gun from] or you go down the prison path,” Paul Carrillo, the community violence initiative director at the Giffords Law Center, says. “That’s going backward. It’s a total contrast to everything we’ve been fighting for the past 20 years. We support Adams, but that specific plan to prosecute youths with gun possession is troubling.”

Ford agrees, saying “you’re setting a kid up to be killed” if you force them to inform on adults.

Many of the blueprint’s proposals at the city level are expected to be implemented immediately, with increased patrols happening within the next three weeks. (Describing the blueprint as “the beginnings of a plan,” Patrick Lynch, the president of the Police Benevolent Association, NYC’s largest police union called for “more resources to relieve the overstretched cops on the front lines” in a Jan. 24 statement, as well as “stiffer penalties, consistently imposed, for gun crimes.”)

Still, Ford says there isn’t one sweeping action that is going to fix the problem. She says people need to focus on their role within their neighborhoods—whether they’re an activist, politician, business owner, or community resident.

“There is no such thing as a miracle… we need to hold each other accountable,” she says. “Let’s play our part in making sure we’re working together to fix this problem.” 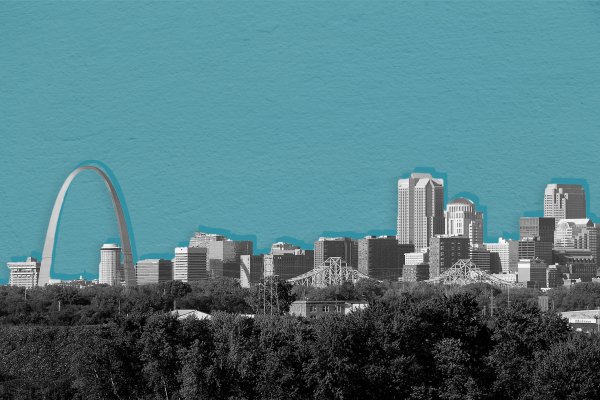 Amid a Continuing Wave of Gun Violence, This U.S. City is Bucking the Trend
Next Up: Editor's Pick