Russia Has Been Warning About Ukraine for Decades. The West Should Have Listened

Ideas
By Anatol Lieven
Lieven is a senior fellow of the Quincy Institute for Responsible Statecraft and author of Pakistan: A Hard Country and author of Ukraine and Russia: A Fraternal Rivalry.

When I was a journalist for The Times (London) in Moscow in December 1992, I saw a print-out of a speech by the then Russian foreign minister, Andrei Kozyrev, warning that if the West continued to attack vital Russian interests and ignore Russian protests, there would one day be a dangerous backlash. A British journalist had scrawled on it a note to an American colleague, “Here are more of Kozyrev’s ravings.”

Andrei Kozyrev was the most liberal and pro-Western foreign minister Russia has ever had. As he stated in his speech, his anxiety about Western behavior was rooted in fear that the resulting backlash would destroy liberalism in Russia and Russian co-operation with the West. He was proved right as we see today. Yet when he expressed this fear, in entirely moderate and rational terms, he was instinctively dismissed by western observers as virtually insane.

The point about this history is that the existing crisis with Russia has origins that go far beyond Putin. Russia has a foreign and security blob, just as does the United States, with a set of semi-permanent beliefs about Russian vital interests rooted in national history and culture, which are shared by large parts of the population. These include the exclusion of hostile military alliances from Russia’s neighborhood and the protection of the political position and cultural rights of Russian minorities.

The Yeltsin government protested strongly against the start of NATO expansion in the 1990s and Russia accustomed itself without too much trouble to NATO membership for the former Soviet satellites in Central Europe. But from the very beginning of NATO expansion in the mid-1990s, Russian officials and commentators—including liberal reformists—warned that an offer of NATO membership to Georgia and Ukraine would bring confrontation with the West and an acute danger of war. These warnings were echoed by George Kennan, the original architect of the strategy to contain the USSR and the State Department’s greatest ever Russia expert, as well as by Henry Kissinger and other leading American statesmen.

There is nothing mysterious, extreme, or Putinesque about this Russian attitude. In the first place, Western language about NATO expansion establishing a “Europe whole and free” implies the exclusion of Russia from Europe and from a role in Europe—a matter of deep offence to Russians, and Russian liberals in particular, especially since this Western rhetoric was imbued with the assumption (a racist one, by the way) that the word “European” equates to “civilized.” And that Russia isn’t part of that idea.

Russian fears about the expansion of a potentially hostile military alliance to Russia’s borders should be understandable to any American who has heard of the Monroe Doctrine. In Georgia and Ukraine, there are also specific issues inherited from the Soviet Union: in the case of Georgia, the separatist movements of the Abkhaz and Ossete minorities and the resulting ethnic conflicts involving Russia. Such ethnic conflicts over territory, with the involvement of outside powers, are all too common during and after the fall of empires: think for example of Turkey’s invasion of Cyprus in 1974, and Ankara’s establishment of an (internationally unrecognised) mini-state for the Turkish Cypriot minority.

In the case of Ukraine, NATO membership for that country implied the expulsion of Russia from the naval base of Sevastopol in Crimea (a city of immense importance to Russia, both strategic and emotional), and the creation of a hard international frontier between Russia and the Russian and Russian-speaking minorities in Ukraine, making up more than a third of the Ukrainian population.

The Russian establishment fears in addition that NATO would act as a cover for a program of state-backed Ukrainian ethnic nationalism intended to destroy Russian culture and the Russian language in Ukraine. These fears were increased by what happened in Estonia and Latvia, where after independence the national governments broke their previous promises to Russia and the local Russian minorities to respect their political, educational and linguistic rights—which did not prevent them joining NATO and the E.U.

A woman walks past a Russian military personnel carrier outside a Ukrainian military base on March 18, 2014 in Simferopol, Ukraine. Voters on the autonomous Ukrainian peninsular of Crimea voted overwhelmingly yesterday to secede from their country and join Russia.
Dan Kitwood—Getty Images

None of this is intended to justify Russia’s actions, which have often been stupid as well as criminal—as with the annexation of Crimea in 2014. However, they are hardly unusually so in the context of the fall of empires and their aftermath. Did the British really behave much better as their empire came apart, let alone the French, Portuguese or Turks? A Frenchman may believe that they did; an Algerian might have a different opinion.

Much more importantly, these Russian policies have been linked to a specific set of post-Soviet issues and Russian regional goals. They are not part of some grand malign design to destroy international order, or to act as a wilful “disruptor.” Insofar as Russia has set out deliberately to damage Western interests (for instance with social media disinformation campaigns) it has been as a way to put pressure on the West in pursuit of those goals. It may also be pointed out that in the Middle East, it is the U.S. that has frequently acted as a disruptor as with the invasion of Iraq, the destruction of the Libyan state, and Trump’s decision to abandon the nuclear agreement with Iran, while Russia has often defended the status quo—partly due to a fear of Islamist terrorism that it shares with the U.S.

In other words, while the terms of any compromise with Russia over Ukraine would involve some tough negotiation, we can seek such a compromise without fearing that this will open the way for further Russian moves to destroy NATO and subjugate eastern Europe—a ridiculous idea for anyone who knows either the goals of the Russian establishment or the character of Poles and Estonians. These nations are in NATO and are categorically committed to remaining so. There is no way for Russia to remove them without a direct attack on NATO—a hideously dangerous undertaking that forms no part of the Russian establishment’s plans. NATO is in fact entirely safe within its existing borders. The threat to NATO’s safety and prestige are largely of its own making with its empty commitments to countries that it has neither the will nor the ability to defend.

There are three possible elements to a compromise with Russia, two of which the West has in effect already conceded. The first is either a treaty of neutrality or a moratorium of 10 or 20 years on Ukrainian membership of NATO. The West loses nothing by this, since it is clear that Ukraine cannot in fact join NATO with its conflicts with Russia unresolved. In any case the U.S. and NATO have made it absolutely clear that they cannot and will not defend Ukraine by force.

The second element is a return to the (Adapted) Conventional Forces in Europe Agreement limiting NATO forces in eastern Europe and Russian forces in contiguous territories. And the third is internationally-guaranteed autonomy for a demilitarized Donbas within Ukraine, according to the Minsk II agreement of 2015 brokered by Germany and France but since in effect rejected by Ukraine.

Failing at least initial moves towards such a compromise, it does indeed look likely that there will be some form of new Russian attack on Ukraine, though by no means necessarily a large-scale invasion. In the event of war, however far the Russian army marches will be followed by a new Russian proposal for a deal in return for Russian withdrawal. The only difference between then and now will be that NATO will have been humiliated by its inability to fight, the West and Ukraine will be in a much weaker position to negotiate a favorable deal—and that in the meantime, thousands of people will have died. 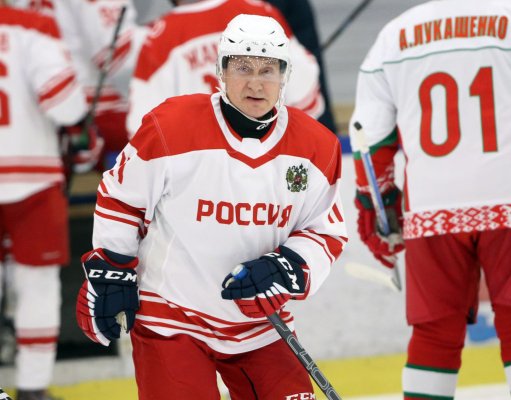 A Former Supreme Commander of NATO on What Putin's Up to in the Ukraine
Next Up: Editor's Pick