Teen TV is a haven for outsiders. From Saved by the Bell’s resident nerd Samuel “Screech” Powers and the sardonic title character of Daria to, more recently, Stranger Things’ brooding misfit Jonathan Byers and Euphoria’s depressive drug addict Rue Bennett, they take a wide variety of forms. For every glossy mean-girl soap there is a cult classic in the Veronica Mars vein. It makes sense—has anyone survived high school without ever feeling like they didn’t belong? Which might explain why, when it comes to portraying female freaks and geeks, Hollywood always seems to get away with casting actors who meet its superhuman beauty standards.

By virtue of its charming leads, Syfy’s lovable supernatural dramedy Astrid & Lilly Save the World (debuting Jan. 26) breaks that mold. Relative newcomers Samantha Aucoin and Jana Morrison play the eponymous best friends—two witty teens thrown together by the cruel calculus that so often relegates big girls to the sidelines of social life. Timid, sweet and self-conscious, Aucoin’s Lilly takes refuge in a bedroom plastered with posters of her pop-culture faves. Astrid (Morrison) is the bold, confident one, with a hyper-critical mom and a white-hot crush on gothy fellow outcast Sparrow (Spencer Macpherson).

Together, the girls undertake nightly spy missions, prowling their suburban hellscape by car to keep tabs on their peers. So when they finally end up at a cool house party and resident jerky jock Tate (Kolton Stewart) declares them the “Pudge Patrol,” they retreat to do what any teen weirdo worth their Doc Martens would do in their place: ritually burn various items associated with him while howling at the moon. They think they’re just blowing off steam, but then Tate doesn’t show up to school the next day and a hunky stranger named Brutus (Olivier Renaud) materializes to inform them that their spell, such as it was, opened a portal to another dimension. “Who hurt you?” he wants to know. “This portal is no joke. Only humans with severe pain can open that portal.” Also, if they don’t close it—something only they can do—“humanity sort of disappears.”

That quest entails vanquishing a series of monsters-of-the-week, with lots of campy special effects and story lines that draws parallels between the girls’ showdowns with evil and the battle to love yourself when you’re growing up different in a world that hates you for it. If that sounds a lot like Buffy the Vampire Slayer, minus now-controversial creator Joss Whedon‘s sexualized male gaze, rest assured that creators Noelle Stehman and Betsy Van Stone know what they’re doing; Brutus even invokes Buffy’s mentor Giles by way of introducing himself. Offbeat running gags (Lilly’s chronic leg cramps and Astrid’s oversensitivity to foul odors are the first signs the duo is developing superpowers) and sharp, foul-mouthed dialogue (“I refuse to let some idiot chode-bag tell us who we are!”) keep the show fresh. But what makes Astrid & Lilly unique is the authenticity of its lovingly written, endearingly portrayed outsider heroines. 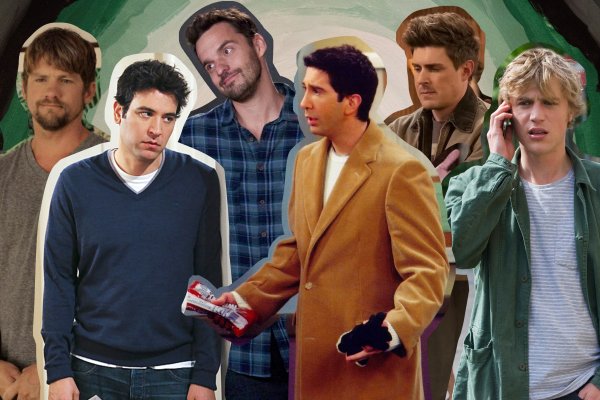 How I Met Your Father and the Insufferable History of the Lovelorn Sitcom Dude
Next Up: Editor's Pick