The Right to Vote Is More Important Than the Filibuster

A general view during the March On For Voting Rights at The King Center on August 28, 2021 in Atlanta, Georgia.
Derek White-Getty Images
Ideas
By Angus King
Senator Angus King is the junior senator from Maine

When I was Governor of Maine, I used to have a standing bet with my fellow Independent Governor, Jesse Ventura of Minnesota, about which of our states would have higher voter turnout. As we saw it, that was what our system is all about— the more engagement we drove in our democratic process, the more effectively our government could recognize and respond to the challenges facing our citizens.

It seems that mindset has shifted over the last few decades. Over the past year, legislatures in 19 states have enacted laws that make it harder for the American people to exercise their right to vote. These laws will disproportionately harm low-income Americans, communities of color, individuals with disabilities, and other historically disenfranchised groups. Instead of responding to the problems facing these voters, these legislatures have prioritized adding new hurdles to the fundamental act of casting a ballot.

I truly don’t know if these laws will disadvantage one party or the other—you only need to look at the recent gubernatorial results in a typically-blue Virginia to see that Republicans can still win competitive races with large voter turnout. But regardless of the political ramifications, these laws are a threat to the fragile American experiment that promises a government of, by, and for the people—all the people. In order to preserve democracy (lower-case ‘d’), Congress must act to defend voting rights for all citizens. The point of democracy should be the greatest amount of participation by the greatest number of people; anything less betrays our ideals.

In the Senate, I’ve backed two bills that would institute commonsense voting protections to ensure that no state can enact laws infringing on their citizens’ right to vote. The first, the Freedom to Vote Act, includes widely popular provisions including no-excuse absentee voting, mail-in voting, and designating Election Day as a federal holiday. The second, the John Lewis Voting Rights Advancement Act, should be even less controversial—the bill would restore the Voting Rights Act, which was most recently reauthorized on a unanimous basis in 2006, 98-0. Sixteen years later, only one Senate Republican has endorsed this previously non-controversial proposal.

Republicans have launched attack after attack against these bills, claiming that any proposals to change election laws must be done through a bipartisan process while refusing to actually engage in any bipartisan negotiations. I’ve long said I would welcome my GOP colleagues to the negotiating table to build a consensus, but during our months of work those invitations have been consistently declined. But their lack of participation doesn’t mean the bill isn’t widely popular with the American people. The truth is, polling shows that the provisions included in these bills have wide bipartisan support across the nation —everywhere, it seems, except within Congress.

The ultimate irony here? Each of the 19 states that has enacted new voting restrictions has done so on a wholly partisan basis, led by Republican legislators. We are indeed seeing a partisan effort to alter the shape of our democracy—but it’s not coming from the Democrats.

This is not a new challenge; in fact, Congress faced this exact problem in the summer of 1890, when the House of Representatives passed legislation introduced by Henry Cabot Lodge to protect the voting rights of African Americans. The legislation was a direct response to state-level voter suppression laws—but faced with a partisan divide, the bill was filibustered in the Senate and died in early 1891.

The results: for the next 75 years, African Americans were blocked from the ballot by onerous poll taxes, unfair literacy tests, and overt intimidation in order to cast a ballot. Growing up in Virginia during the 1950s, I saw firsthand how the legacy of that decision affected my Black neighbors, even generations later. As I reflect on that era, and the vote we will soon face in the Senate, I find myself thinking back to an old Protestant hymn we used to sing at my boyhood church:

“Once to every man and nation

Comes a moment to decide”

We have come to that moment. I’ve long been very reluctant to change the filibuster for any issue of policy, believing that bipartisan efforts produce stronger, more effective legislation in the long-term. But this isn’t an issue of policy—it’s an issue of the fundamental infrastructure of democracy. Of all the checks and balances our Founders designed, the most important is the ability of citizens to replace leaders who are serving them poorly. If that check is weakened, the rest of the system doesn’t work.

In the winter of 1891, a few elected officials used the filibuster to drive our country further away from its founding ideals for the better part of a century; we should not make the same mistake in the winter of 2022. The great British historian Arnold Toynbee once said “civilizations die from suicide, not by murder.’ I can’t bear to see that happen in the United States of America—if we are to defend our democracy for future generations, we cannot let a Senate rule stand in the way of our most basic principles. 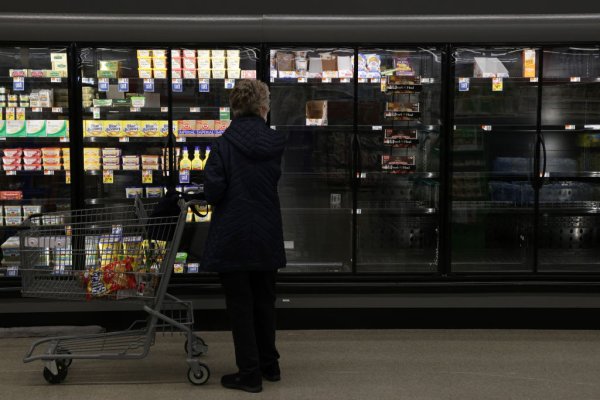 U.S. Food Prices Are Up. How Monopoly Power Makes this Worse
Next Up: Editor's Pick