What Norway Can Teach the World About Switching to Electric Vehicles

Electric vehicles (EV) sit parked at charging stations at Kongens gate near Akershus festning in Oslo, Norway, on Monday, Nov. 21, 2016. The International Energy Agency forecasts that global gasoline consumption has all but peaked as more efficient cars and the advent of electric vehicles from new players such as Tesla Motors Inc. halt demand growth in the next 25 years.
Fredrik Bjerknes—Bloomberg/Get—© 2016 Bloomberg Finance LP
Ideas
By Christina Bu
Bu is the secretary general of the Norwegian EV Association

I live in a country far north, stretching way above the Arctic Circle, with long driving distances, rugged mountains and a very cold climate. Norway is not the most likely place to start a transportation revolution, but electric vehicles (EVs) are suddenly the new normal here. I would claim that if Norway can do it, any country can.

The shift won’t happen overnight, but the speed of the transition here has surprised everyone. Almost sixty-five percent of new passenger cars sold in Norway in 2021 were electric; in addition, 22% were plug-in hybrids. Put differently, only 14% of new cars were sold without a plug. Now that there are many models to choose from and the range has improved, EVs are purchased all over the country. It took us only 10 years to move from 1% to 65%, and next year I believe we will pass 80%. The U.S. and other governments should use 2022 to enact policies that incentivize a similar shift.

So, how did Norway become the world’s top-selling electric-vehicle market per capita? Not because of suitable conditions, and definitely not because Norwegians are more environmentally friendly or concerned about climate change. We can instead credit strong demand-side policies kept in place for a long time. After all, it takes time to electrify all the cars on the road. Most cars are purchased secondhand, and people in the secondhand market are dependent on the choices made by new-car buyers. The government therefore taxes the sales of new polluting cars heavily but does not tax EVs at all, making EVs, which are more expensive because of their production costs, a competitive and appealing option. The Norwegian parliament has also decided that all sales of new cars and vans shall be zero emission by 2025. The faster we get to 100% EV new sales, the faster we get there with all cars on the road.

Read More: Electric Cars Can Sound Like Anything. That’s a Huge Opportunity to Craft the Soundscape of the Future

Half a million people in Norway now drive EVs. I met one of them recently. His name is Kåre, and he had just turned 100 years old. He bought his first EV when he was 99 and uses it to take his 103-year-old sister on Sunday trips. If Kåre can do it, everyone can do it.

It’s not as if the rest of the world isn’t interested. Norway’s progress has, of course, been helped by important emission restrictions directed at car manufacturers internationally, and we have seen the start of a global rollout of charging infrastructure. Did you see the final Super Bowl ad from GM? Will Ferrell told us he hated Norway because of the high uptake of EVs and that GM and the U.S. were going to catch up. And the U.S. has started! President Biden’s infrastructure bill includes $7.5 billion for a nationwide charging network.

But the U.S. can go further in 2022, as can other countries, and implement policies directed at the demand side. This can be done in different ways; the key is to start taxing new sales of at least the most polluting car models and use this money to subsidize EVs. This is a fair way to implement climate policies as it is aimed at people buying a new car, rather than an indiscriminate tax at the gas pump. Consumers are given an option when buying a new car; they could, for instance, choose a model with lower emissions like a plug-in hybrid, which is not taxed, or even an EV that is subsidized. (To be clear, tax policies on purchase alone won’t get where we need to be fast enough – in Norway, there are also several incentives in place such as lower road tolls, partial access to bus lanes and cheaper public parking for those who drive EVs – but it is the most important and effective step that countries around the world can take.)

Read More: U.S. School Buses May Never Be The Same Thanks to Biden’s Infrastructure Plan

Yes, the transition to EVs might be more politically difficult in some countries than others, but several, like Sweden and New Zealand, have already started, with good results after implementing EV tax policies. New markets are also helped with better technology and massive investments in electric mobility. In fact, some countries are moving even faster than Norway. While Norway took 2.5 years to move from 2% to 10% EV market share, UK took 1.5 years and Germany only one.

2022 is also the year that all governments should join the first 38 countries that signed the COP26 declaration on accelerating the transition to 100% zero-emission cars and vans. It states that they will work toward all sales of new cars and vans being zero emission globally by 2040, and by no later than 2035 in leading markets.

Frankly, I don’t think any manufacturer will produce cars with internal combustion engines after 2035. Still, I cannot stress enough that the transition to EVs must be fast and strong policies are urgently needed. The United Nations’ last climate report was called “code red for humanity.” We are in a hurry when it comes to cutting emissions. So, when there are alternatives that are more than good enough, why not speed things up?

This essay is part of a series on concrete goals the world should aim for in 2022 in order to put us on track to avert climate change-related disaster. Read the rest here. 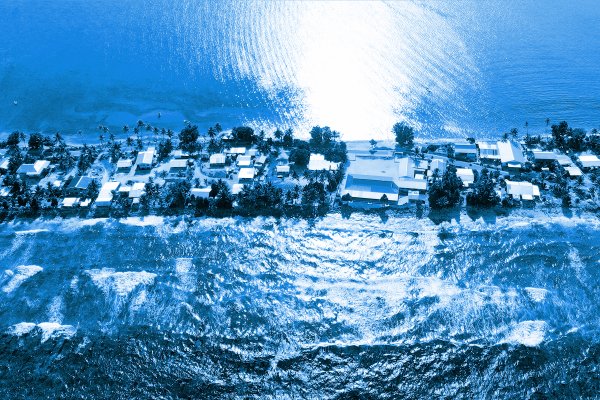 Rich Countries Need to Take Responsibility for Climate Change
Next Up: Editor's Pick