The Breakout Musical Stars of TikTok in 2021

Just three years after changing its name from Musical.ly, TikTok has become one of the most important tools for musicians to find and grow their audience. Many of this year’s biggest hits—”Drivers License,” “Up,” “Essence,” “Heat Waves,” “Stay”—owe a decent chunk of their success to their virality on the app, while many artists’ origin stories are now entwined with TikTok. Here are some of the most notable artists that broke out on the app in 2021.

In January, a torch ballad by a little-known Disney star began making the rounds on TikTok, with fans dissecting the love triangle at the heart of it, creating memes and howling along to its epic bridge. Eleven months later, Olivia Rodrigo exits 2021 with billions of streams, seven Grammy nominations and as TIME’s 2021 Entertainer of the Year. “Drivers License” was far from Rodrigo’s only hit on the app: her song “Good 4 U,” when mashed with Paramore’s “Misery Business,” became the soundtrack for millennials flashing back to their pop-punk roots.

TIME’s third-best album of the year belonged to PinkPantheress, a 20-year-old British artist who pulls from old-school house and garage samples to construct dreamy dance tracks. She has a million fans on TikTok, and often uses the platform as a testing ground, “to assess if music is good enough to put out or not,” she told the New York Times. Her biggest hit on the app was the coy “Just For Me.”

While CKay’s “Love Nwantiti” was a bona fide hit in the Nigerian singer-songwriter’s home country last year, it became one of the biggest international songs in African pop history this fall, thanks in part to TikTok. Videos hashtagged with #lovenwantiti have 1.5 billion views on the app, with many users dancing along to a routine created by the TikToker Tracy Joseph. It took a while for CKay to receive credit on the app, however: the version that had initially gained international traction was a slowed-down, mistagged remix. “I felt robbed at first,” CKay told Rolling Stone. “Certain countries enjoyed the music a little too much and started to claim it was theirs. I appreciate the love, but, yeah, I had to go on TikTok again and set things straight.”

There are few accounts on TikTok quite like Magdalena Bay’s, which combines lo-fi absurdism, cheerful nihilism, earnest education about the music industry, and, in the words of lead singer Mica Tenenbaum, “abstract sci-fi cybercult symbology-ridden laser light show masterpiece[s]”. A slowed down version of their song “Killshot” went viral at the top of this year. The duo released their debut album Mercurial World in October–and it’s both readymade for clip harvesting (with its immaculate synths and danceable choruses) and an excellent body of work when listened all the way through.

While the Alabaman singer-songwriter has been grinding in Nashville’s country music industry for a decade and a half, Walker Hayes became a recognizable name across the country this year for “Fancy Like,” which celebrates low-budget country fun. Users posted videos of themselves dancing to the song on flatbed trucks, around campfires and in Applebee’s parking lots. Applebee’s even paid tribute to the song by putting its Oreo Cookie Shake back on its menu. “Fancy Like” is now a fully-fledged country music behemoth: it’s been number one on the Billboard Hot Country Songs chart for all but three weeks since July 24, and it’s still sitting atop the chart now.

The Italian glam rockers Måneskin won the 2021 Eurovision contest with the song “‘Zitti e buoni.” But it was a different song of theirs, a 2017 cover of the 1967 song “Beggin’” by Frankie Valli and the Four Seasons,” that broke out on TikTok this summer, soundtracking over 10 million videos. Måneskin’s hard-charging rendition won over fans in Europe and beyond, becoming the second-biggest global song of the year. The band’s subsequent single, “MAMMAMIA,” also thrived on the platform.

A beacon of relentless positivity, the California singer-songwriter-rapper first scored big on TikTok last year with “Stuck in the Middle” while working at a Verizon store. The song’s viral success led to a record deal. This year he proved he was far from a one-hit wonder with “A-O-K”: more than a million cheerful videos have been filmed to the song.

There wasn’t a more romantic song on TikTok this year than “Está Dañada.” Created by Cornejo, a teenage Mexican-American singer-songwriter, the dreamy song was used by more than a million people to post pictures of themselves or their significant others. “All the trends on TikTok have really helped build up my music,” Cornejo told Billboard last month. “Está Dañada” marked only the second time a Regional Mexican hit has ever landed on the Billboard Hot 100.

The Ghanaian-American singer-songwriter Amaarae garnered accolades last year for her debut album The Angel You Don’t Know, which skillfully combined Nigerian ​​alté, R&B and Southern rap. In September, Amaarae released a remix of her song “SAD GIRLZ LUV MONEY” that featured Kali Uchis and a new third verse. That new part of the song immediately caught fire on TikTok, with dancers around the world showing off their smooth footwork to accompany Amaarae’s breathy vocals. The song hit #1 on TikTok U.S. Top Tracks chart, propelling Amaarae to her first ever Hot 100 hit.

The singer-songwriter born ​​Jackie Miskanic doesn’t go viral from dancing or high-production videos: she most commonly films herself sitting in front of a piano, singing her own songs or parodies of classics. (She often re-writes songs from another perspective, such as when she sang “Stacy’s Mom” from the song’s namesake’s perspective.) Jax’s success on TikTok led her to sign a record deal with Atlantic in January; these days, it’s rare for one of her videos to clock under a million views. 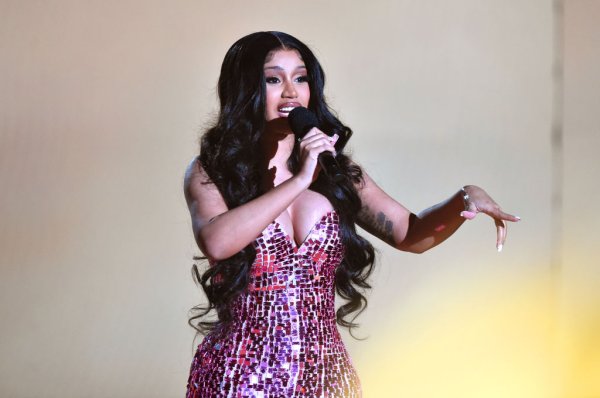 The Most Anticipated Albums of 2022
Next Up: Editor's Pick