'I'd Love to Throw a Chair at Somebody.' College Athlete TikTok Stars Are Signing on With WWE

On July 1, the same day college athletes around the country were finally allowed to sign third-party sponsorship agreements and monetize their name, image, and likeness (NIL) rights, a Times Square billboard touted Hanna and Haley Cavinder, twin sisters and the leading scorers for the Fresno State University basketball team. They’d just signed on as faces of Boost Mobile.

During 2020, in COVID-19 lockdown, the Cavinder twins took to TikTok to expand their social media audience: one May 2020 video of the twins dancing and making three pointers on their driveway hoop, for example, drew more than 5 million views. They now have 3.8 million followers on their shared TikTok account, not to mention the nearly 350,000 followers they each have on Instagram and their 70,000 YouTube subscribers. (By comparison, the WNBA TikTok account has 873K followers). A June 2021 video featuring their father, Tom, shaking his shoulders and pointing to the cameras with two fingers has been viewed over 29 million times.

Given such eye-popping stats, it’s no wonder that the Cavinders, who are juniors, have emerged as early stars of the NIL era. They’ve also signed deals with brands like SoFi and Eastbay. The combined sponsorship income for Hanna, a two-time all-conference player and Haley, the 2021 Mountain West Player of the Year and the conference Freshman of the Year in 2020, is nearing $1 million.

About a month ago, however, a more surprising offer came across their radar: World Wrestling Entertainment (WWE) wanted to sign the Cavinder twins to an agreement to promote pro wrestling and potentially trade in basketballs for body slams once their playing days were through. The twins never saw Smackdown in their futures, but once they started looking into it, the partnership made sense. WWE programming broadcasts in more than 180 countries, and revenues are expected to top $1 billion for the first time this year. The twins, who stand to make six-figures on the deal, see this as a chance to expand their audience. WWE sees an opportunity to introduce its product to young hoops fans.

“We definitely didn’t grow up wanting to become wrestlers,” says Haley Cavinder. “It just kind of happened. It’s right up our alley because it is entertainment. And that’s what Hanna and I do on the side.”

On Dec. 8 the WWE revealed that the Cavinder twins and 13 other college athletes from schools such as Duke, Alabama and Portland State, and participating in sports ranging from basketball to wrestling to middle-distance running, have joined the WWE’s inaugural NIL program, dubbed “Next In Line.” (Wrestler Gable Steveson, an Olympic gold medalist in Tokyo who is competing in his senior season at the University of Minnesota, inked an agreement with the WWE earlier this year). In exchange for compensation ranging from low five-figures up to six-figures, athletes will create social media posts plugging WWE and make appearances at WWE events: athletes will also have access to the WWE Performance Center in Florida, where they can learn the acrobatics and other skills needed to become wrestling stars.

The deals don’t mean that athletes are committed to join the WWE once their college athletic careers end. But the NCAA’s long-awaited loosening of NIL restrictions allows the organization to bring the Cavinder twins, and others, into the fold. While several pro wresters were college athletes—Dwayne “The Rock” Johnson, for example, played football at the University of Miami—WWE is now formally tapping into college athletics as a recruiting pool.

“I’ve heard it so much over the years … ‘if there had been a pathway, man, I would have gone down that road,'” says Paul Levesque, the WWE’s Executive Vice President of Global Talent Strategy & Development, who might be more familiar to most as “Triple H,” the former WWE superstar. “We’re creating that path.”

The Cavinders say they’re cooking up ways to promote the WWE on TikTok and elsewhere; other college athletes signees are already embracing their roles as dropkick ambassadors. Northwestern football player Joe Spivak, for example, posted a video of himself on Instagram swimming shirtless in 30-degree Lake Michigan, only to emerge on short to put on a WWE shirt and hat and declare that no one will outwork him. “Maybe in ten years, I’m going to be bigger than The Rock,” Spivak tells TIME. “Come on. That’s the goal.”

NCAA amateurism rules previously prevented WWE from aggressively recruiting college athletes, according to Levesque. The WWE was concerned that tickets to a show, or a recruiting dinner, could have counted as an improper benefit and risk a player’s eligibility. Athletes had the same fears, and were reluctant to engage with the WWE before graduation. “They would say, ‘look, I’d love to talk to you about WWE, but let me talk to you about when I get out of school,'” says Levesque.

Schools must still sign off on NIL deals, and a partnership with the WWE comes with clear risks for both the schools and the athletes. In past years, the WWE has faced a number of controversies, including those involving performance enhancing drugs, head injuries and allegations of sexual misconduct. Despite potential pitfalls, schools have been comfortable with the WWE arrangements so far. When Lexi Gordon, a Duke basketball player, was offered a WWE NIL deal, she had to get it approved by the university’s athletic department. According to Duke’s NIL policy, “a Duke student-athlete may not engage in any NIL activity that promotes products or services related to related to gambling or performance-enhancing supplements on the NCAA’s banned drug list,” which include cannabinoids. (No Duke student-athletes can endorse any alcohol products, either.) So WWE passed muster.

Read More: Why The NCAA Should Be Terrified Of Supreme Court Justice Kavanaugh’s Concurrence

Elon University’s athletic compliance office signed off on the WWE NIL deal for Jon Seaton, a 6’1″, 275-pound freshman football player whose TikTok account—which features Seaton discussing items like “things that give big guys nightmares” (the scale at the doctors office, roller coaster safety bar systems) and “big guy catchphrases” (“I could eat”)—has 1.6 million followers. Elon must make sure deals follow NCAA, state, conference, and school guidelines. “While Elon University’s policy reserves the right to prohibit a student-athlete from contracting into deals in certain categories that contradict the institution’s values, we support our student-athletes’ ability to choose branding opportunities and companies with whom they would like to partner for NIL activities, including those that may lead to potential career opportunities,” Jeffrey Scheible, Elon’s associate athletic director for compliance and administration, tells TIME. “In this particular instance, we do not believe that WWE violates any of the aforementioned policies, nor does it fall into a category that we would prohibit at the institutional level.”

“I don’t think there’s any concern,” says Hanna Cavinder. “It’s just entertainment. We love connecting with our fans and bringing our audience to their audience and meshing them all together.”

Former Harvard football player Chris Nowinski joined the WWE in the early 2000s, wrestling under the stage name “Chris Harvard.” He says he suffered a “handful” of concussions diagnosed retrospectively: in 2003, a kick to the chin in a match causing Post-Concussion Syndrome and ended his career. Nowinski went on to earn a PhD in behavioral neuroscience and is now co-founder and CEO of the Concussion Legacy Foundation, a non-profit supporting athletes and veterans affected by concussions and chronic traumatic encephalopathy (CTE), a degenerative brain disease linked to head trauma. He supports the NIL program and insists that policies, like outlawing chair strikes to the head, has made the WWE safer. (Nowinski has spoken to WWE wrestlers about recognizing the symptoms of head trauma and not “playing through” them; the WWE has provided financial support to the Concussion Legacy Foundation).

To Nowinski, participating in college sports can carry more safety risk than the WWE. Since the WWE could be a long-term employer for these student-athletes, the organization may have even more incentive to prevent injuries. “At the college level, you are replaceable,” he says. “Your coach is worried about losing their job. They’re training you wrong, they’re asking you to do things that are too dangerous. You will actually walk into a much, much better environment with WWE.”

“I’d love to throw a chair at somebody”

The athletes who signed WWE deals have varying levels of familiarity with pro wresting. Ohio State discus and hammer thrower Carlos Aviles grew up watching WWE as a kid and loved John Cena. “A lot of the applications of being a throwing athlete apply to the WWE,” says Aviles. If you can toss a shot put, why not a 300-pound opponent? “A lot of the applications come from the shoulders, the legs, the hips,” he says. Aleeya Hutchins, a middle distance track runner at Wake Forest, doesn’t have any combat sports experience. But she’s willing to give it a try. “Sure, I’d love to throw a chair at somebody,” says Hutchins, “but not hurt them.”

These athletes know that as WWE wrestlers, they have to play the heel. “All athletes have an ego, and I have a pretty big one every now and again,” says Aviles. “Honestly, I can be the a-hole all the time.”

The Cavinder twins say they’d be more comfortable in a more benevolent WWE role. Given the size of their audience, they can likely call their own shots on casting. “In today’s world, somebody like the Cavinder twins who are already out there showing that they are pretty much larger than life and creating brands on their own, those are people that are interesting to us,” says Levesque. “They clearly have the personality and clearly are smart enough to figure out how to manipulate that charisma to make something of themselves. We can amplify that.”

But this is the WWE, after all. On a recent Instagram live session, Cavinder fans were throwing out potential WWE names for Hanna and Hayley. One in particular caught their attention. 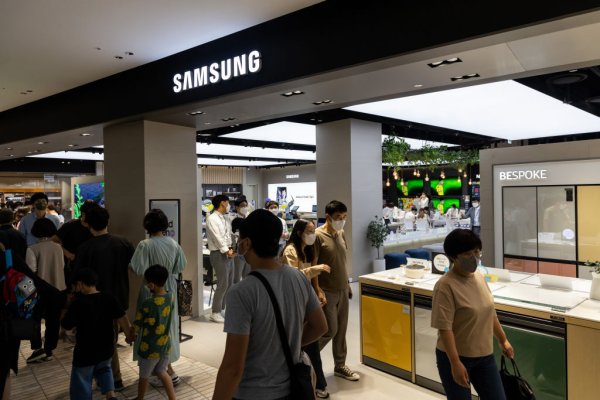