A woman receives a dose of COVID-19 vaccine in Johannesburg, South Africa, on Tuesday, Nov. 30, 2021. Vaccines are finally available in many African countries, but some people there are wary of taking them.
Joao Silva—The New York Times/Redux
By Chad de Guzman

The emergence of the Omicron COVID-19 variant, which was first detected in South Africa and other southern African nations, is casting a harsh new spotlight on vaccine inequality. For months, health experts have warned that low vaccination rates in the developing world make it more likely for dangerous new mutations to form as the SARS-CoV-2 virus spreads unchecked.

So far, just 7.3% of Africans are fully vaccinated against COVID-19, compared to 58% in both the U.S. and Europe, where booster shots are now being offered widely. Meanwhile, just 12% of the 1.9 billion doses promised to low and middle income countries had been delivered as of early November.

But in order to improve Africa’s vaccination rate, it will take more than just a flood of COVID-19 vaccine doses. A lack of coordination on vaccine shipments, weak health infrastructure and vaccine hesitancy sowed by mistrust and misinformation are already slowing vaccination efforts when doses are available, African health experts say.

Even South Africa, which has one of the highest vaccination rates on the continent with 24% of its population fully vaccinated, is struggling to get more shots into arms. While South African scientists rattled the world last week with their identification of the new Omicron variant, health officials in the country were telling U.S. drug manufacturers to delay delivery of more vaccine doses because demand is not strong enough, and they are concerned about looming expiration dates.

Scientists do not yet know whether the Omicron variant is more dangerous. However, they are concerned that the large number of mutations, including some 30 in the spike protein, could make it more transmissible and could make vaccines less effective.

“What is going on right now was largely inevitable. The current variant, Omicron, is the result of the world’s failure to vaccinate its citizens in an equitable and efficient manner,” says Dr. Ayoade Alakija, co-chairperson of the Africa Union’s African Vaccine Delivery Alliance. “The inconsiderate and isolationist behavior of the Global North has created the current situation, and until they are held accountable, I’m afraid Omicron may just be the beginning.”

A cold storage facility for Oxford-AstraZeneca COVID-19 vaccines, delivered as part of the COVAX initiative, at Addis Ababa airport in Ethiopia on March 7, 2021.
Amanuel Sileshi—AFP/Getty Images

Most African nations relied on COVAX, a program set up to supply vaccines to low- and middle-income countries—to provide shipments of COVID-19 vaccines. However, when the world’s largest vaccine manufacturer, the Serum Institute of India, was hit with production problems and an export ban following India’s own COVID-19 surge, vaccine deliveries slowed to a trickle. Just 245 million doses have been delivered to sub-Saharan Africa, according to UNICEF’s vaccine tracker.

Many African countries are forced to rely on donations. But shipments are often “poorly coordinated,” says Dr. Lul Riek, southern Africa coordinator for the Africa Centres for Disease Control and Prevention. Worse, some shipments include doses that are close to the expiration date.

“[The vaccines] will arrive in the country, maybe not even at the right time, not when they’re expected to come. And they also come with a very short shelf-life—they’re about to expire in three or two months,” Riek tells TIME.

In Namibia, for instance, authorities are set to destroy some 50,000 doses of AstraZeneca vaccine because they will expire next week. Although only 11% of the Namibian population is fully vaccinated, health officials warn that they could be forced to destroy an additional 200,000 doses of the Pfizer-BioNTech vaccine in January and February because of slowing demand, caused partly by vaccine hesitancy and an earlier depletion of doses.

The need to store the vaccines at extremely cold temperatures adds further complications to the vaccination efforts in sub-Saharan Africa. Many countries had under-funded and over-burdened health care systems even before the pandemic.

“There are concerns about medical infrastructure, and particularly cold chain storage,” says Alakija. “However the significant additional stress caused by the short shelf life of the vaccines is unnecessary and unfair.”

Passengers wait at a ticket counter at Johannesburg's O.R. Tambo's airport on Nov. 29. A pandemic-weary world faces weeks of confusing uncertainty as countries restrict travel and take other steps to halt the newest potentially risky coronavirus mutant before anyone knows just how dangerous omicron is.
Jerome Delay—AP

Even when there are enough vaccine doses available, vaccine hesitancy across the continent is high—fueled by a combination of online misinformation, mistrust of government leaders and a history of Western medical experimentation on the continent.

Vaccine hesitancy among health workers is another problem. While high-income countries have at least 80% of their healthcare workers vaccinated, only 27% of health workers in Africa have been fully vaccinated, according to a World Health Organization report published in November. Surveys in some nations have suggested fewer than half of health workers are willing to get the COVID-19 shot.

In South Africa, the Young Nurse Indaba Trade Union has urged its 18,000 members to boycott the vaccine. Union leader Rich Sicina tells TIME that his group isn’t anti-vaccine, but says the government did not consult health workers about the vaccine rollout and the group mistrusts the process.

Sicina also cited concerns about how quickly the COVID-19 vaccines had been developed and rolled out—despite the fact that drugmakers conducted large-scale clinical trials prior to regulatory authorization, and that an estimated 3.3 billion people worldwide have received doses, with few adverse reactions.

Travel bans could make it worse

Although many experts believe stopping COVID-19 for good will require beating it in Africa and across the developing world, African authorities say that recent travel bans due to the Omicron variant will only hamper their ability to fight the virus.

Thierno Balde, Incident Manager for COVID-19 Emergency Response at the WHO Africa regional office, tells TIME that restrictions would only stigmatize countries who are able to report infections quickly as disease hotspots.

“If people are not encouraged to share the information in a timely manner, then these variants will just continue circulating in many other countries,” he says.

One consequence of these bans, says Russell Rensburg, director of the Rural Health Advocacy Project at the University of Witwatersrand in Johannesburg, is that laboratories in the affected countries will struggle to obtain reagents to conduct COVID-19 tests, due to fewer inbound flights. That means less ability to track the spread of the Omicron variant—even in South Africa, which has advanced genomic sequencing facilities that detected Omicron and other variants.

Banning flights to and from the region might come back to bite developed countries anew—in the same way that being slow to share COVID-19 vaccine doses with the continent has done.

“I think these are some of the things that are not considered when these political leaders implement travel bans,” Rensburg says. “I think it’s something that the world needs to look at. How do we deal with this as a global problem that needs global solutions? We should be working together rather than against each other.” 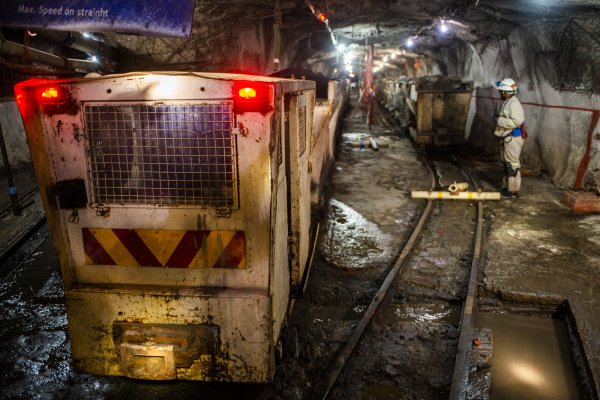