The pandemic has hastened the adoption of video visits as a way for Santas to reach children around the world.
Getty Images/iStockphoto
By Raisa Bruner

Logging into video chat has become rote: I sit down at my computer, check my hair, turn on the camera. But this time, I’m greeted with a jolly “Ho, ho, ho.” Santa sits in front of a bauble-decorated Christmas tree, frosted blue windows, a large wooden nutcracker and flickering candles. I can almost smell the cinnamon and nutmeg. “Do you have any questions you’d like to ask Santa?” he says. This ageless white-bearded man already knows the basics: what I want for the holidays, how old I am, even the name of my best friend.

As one of over three dozen professional Santa Claus impersonators working with Santa’s Club, a Santa video visit service launched in 2020, this jovial man—real name Michael Beurer, real residence Midland, Mich., real age 51—is putting his skills as a theatrical Santa performer to use to bring holiday spirit to the homes of hundreds of families this year—for a price. Last year, Santa’s Club facilitated over 15,000 visits to kids around the world. (Beurer alone did over 300 video visits last year.) At $35-$75 per visit and little overhead, that’s significant revenue for a first year business that only operates two months a year. This year, they’re on track to repeat the success based on the rapidly-filling calendar, indicating that at least this one pandemic tradition could migrate permanently into the digital realm.

Virtual Santa Claus visits for children are not a new concept; about a dozen small companies have pioneered the model over the years. But for entrepreneur William Evelsizer, the founder and CEO of new entrant Santa’s Club, it was all a matter of harnessing the technology at the right time. Evelsizer had been toying with this idea for nearly a decade, after he encountered a friend and his family dealing with the long wait times and awkwardness of a mall Santa experience in Texas. But it wasn’t until August 2020—as pandemic lockdowns pushed video chat into the mainstream—that he decided to put his long-gestating concept into motion. He says he was able to fund the early stages of the business in a quick 72 hours with donations from friends and family, and spent the next few months with his small team building out the platform, including a proprietary video conferencing system. The appeal: “It was really just this mission of preserving childhood memories and protecting the innocence of youth,” Evelsizer says.

Read More: How to Celebrate Holidays Safely in 2021 Amid COVID-19

Like most companies in this industry, Santa’s Club staffs via a network of training programs that provide forms of Santa certification for their actors; Beurer, for instance, trained at a reputable Michigan center called the Charles W. Howard Santa School about four years ago after his wife— “Mrs. Claus,” he insists—decided to get into Santa photography and needed a model. “I already had the chubby belly like a bowl full of jelly,” he says, “so I decided to don the red suit.” He is now a member of the Michigan Association of Professional Santas and has taught at Santa trainings, which cover everything from wig and beard maintenance to information on interacting with special-needs children. Evelsizer also says they make sure each Santa is screened with a background check to ensure that they are trustworthy with children. As an added layer of safety, every video visit is automatically recorded—and delivered back to the viewer within a day for posterity. It’s meant to be a digital keepsake, but it also functions as a quality check.

But while it’s a notable shift from the tradition of in-person Santa visits, Evelsizer and Beurer are certain that the virtual option is only going to grow. “Those that don’t adapt, they fail, right? The Santas understand that just as well. There’s a big push amongst them to say, Okay, let’s buy into this. They’re understanding that this is the wave of the future,” Evelsizer says; interest has been so high, in fact, that they turned away over 75% of Santa applicants this season. Beurer agrees: “It’s just so much fun for me.” Not only does it provide certain safety from COVID, a concern for Santas of a certain age, but it’s also physically easier than making the trek to and from far-flung locations, especially during winter. For Santas like Beurer, who keeps a full-time job at the Department of Veteran Affairs, it’s also nice to be able to switch in and out of his Santa beard between remote-work calls. And Evelsizer’s employment model ensures Santas decent payment—typically a bit more than in-person Santas make, especially after factoring in reduced travel costs—by booking them on an hourly rate.

It’s not just the Santas who benefit from virtual-visit flexibility. For children and families, too, the perks are multiple: for one, no more waiting in long lines. For another, the Santas are primed with information about the children, ensuring the five-to-seven minute interaction is personalized and, in its specificity, just that little bit more magical. “The unintended positive consequence of that was that parents literally turned our Santas into psychologists,” Evelsizer says. Beurer, for instance, remembers one child who asked him for a cure for COVID; both his parents and grandmother were infected, and while Beurer could not offer certain health, he was prepared to offer kind words of encouragement and hope.

Read More: ‘Buy Now, Pay Later’ Apps Are Taking Over Holiday Shopping Season. Here’s What to Know About the Risks

And for children or families who cannot travel or have disabilities, the option to beam Santa directly into their space is a meaningful step. (Santa’s Club also offers a pre-recorded video message option, which Evelsizer says can be preferable for special needs children, too.) Beyond offering a direct-to-consumer product, Santa’s Club has also partnered with businesses to provide Santa visits as a holiday-season perk for employees, and offered videos to needs-based children’s organizations like the National Pediatric Cancer Foundation and an orphanage in Kenya.

As the holiday season ramps up, business is in full swing; the Santa’s Club website warns that its video slots are already filling up. Not that it’s entirely smooth sailing: Evelsizer laments changes to the Facebook marketing algorithm which have increased consumer acquisition costs by a factor of four-and-a-half times in 2021. But for Santas like Beurer, a few growing pains are no reason to put the business model on the naughty list. “If I could pay all my bills just doing this, I would be more than happy to keep this thing going on all year long,” he says, beaming. “This is something that touches my heart.” 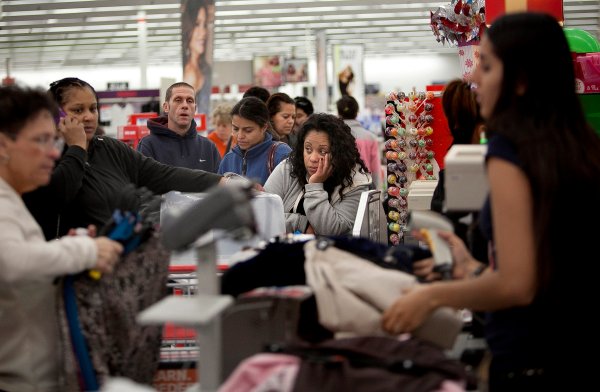 6 Things to Know (About Yourself) to Have a Successful Black Friday
Next Up: Editor's Pick