'Buy Now, Pay Later' Apps Are Taking Over Holiday Shopping Season. Here's What to Know About the Risks

The Afterpay application login page arranged on a smartphone in Sydney, Australia, on Aug. 3, 2021.
Brent Lewin—Bloomberg/Getty Images
By Megan McCluskey

As Black Friday approaches and the 2021 holiday shopping season kicks into high gear, “buy now, pay later,” or BNPL, programs are having a resurgence in popularity.

In recent months, major retailers like Amazon and Target have announced new partnerships with trendy BNPL startups like Afterpay, Affirm and Klarna, giving shoppers the point-of-sale option of splitting the cost of purchases into equal installment payments spaced out over a predetermined period of time. While installment payment plans aren’t new—think 19th century “dollar down, dollar a week” offers—popular BNPL platforms are now marketing their services as a way for younger consumers who don’t have a lot of cash flow to keep up with the latest fashion, beauty or tech trends without having to shell out the entire cost at once and being subject to high credit card interest rates.

But while these plans offer more flexibility to consumers who might balk at paying full price upfront, experts say that BNPL can easily lead to overspending—especially over the holidays.

“[Buy now, pay later] has changed the perception of money and how we handle money,” says Elin Helander, chief scientific officer of financial wellbeing startup Dreams. “[The idea is that if] there aren’t any fees, why pay now if you can postpone and it doesn’t cost extra? But what happens is that you’re more likely to forget how much money you’ve spent, so you overestimate how much you have left.”

With the National Retail Federation (NRF) predicting that 2021 holiday sales in the U.S. will exceed $843.4 billion, growing by 8.5% to 10.5% over 2020 to shatter previous records, Americans appear to be set to spend more than ever this holiday season.

“There is considerable momentum heading into the holiday shopping season,” NRF President and CEO Matthew Shay said in an October statement. “Consumers are in a very favorable position going into the last few months of the year as income is rising and household balance sheets have never been stronger.”

This uptick in spending is coinciding with a rise in popularity of BNPL programs that let consumers break up the cost of purchases into more affordable installments over a period of weeks or months, often interest-free. They’re essentially a modern and more attractive form of layaway, except shoppers get the product before paying it off.

Traditional layaway plans may charge an upfront fee but are typically interest-free and don’t involve borrowing money as customers are simply making payments on items the store is holding for them. With BNPL, merchants pay a fee to the platform they’ve partnered with to offer the service and then count on offsetting that cost by enticing shoppers to spend more than they would if they had to pay all at once.

“This is the season of giving and throughout the pandemic we’ve seen an increase in people wanting to find ways to give more to others,” says Kate Mielitz, an assistant professor of family financial planning at Oklahoma State University. “So when we’re looking at paying for something over time, it sounds really attractive to say, ‘Oh, I’ll have Christmas paid off in six weeks.’ But what if you can’t?”

According to a recent report by market research firm C+R Research, 57% of BNPL users surveyed said they regretted making a purchase using BNPL because the item was too expensive.

Over half of American consumers say they’ve used a BNPL service since the COVID-19 pandemic began, with 45% saying they use one at least once a month or more, C+R Research reports. These statistics suggest that retailers that want to remain competitive can no longer afford not to have a BNPL option in place.

Target, for instance, announced in October that it was partnering with BNPL providers Affirm and Sezzle to make shopping “more flexible and personalized to guests’ needs, right in time for the holiday season.”

With Affirm, eligible Target shoppers can pay off purchases of $100 or more in monthly installments while Sezzle allows for four interest-free payments spread out over six weeks. Payment plans vary by company, but generally draw consumers in with the promise of no-cost financing.

“[BNPL] is going to be very attractive to people who shop emotionally, to people who are struggling to make ends meet, and to people who are trying to keep up with the Joneses and feel like they’re in a competition every Christmas to see who can do better,” Mielitz says. “It will potentially also attract people who struggled last year, are in a state of financial recovery and see this as a newer option that will let them get a little bit more than they could without spreading the payments out.”

However, if shoppers are late on a payment or don’t have the money to pay in full, they may be subject to hidden financial risks like fees and interest charges. According to the results of a Credit Karma survey released in September, 44% of respondents said they had used a BNPL service at least once, and 34% of those respondents had fallen behind on one or more payments.

And while simply using a BNPL service generally won’t affect your credit score, it can be negatively impacted if the platform you borrowed from reports delinquent payments to the credit bureaus or transfers unpaid accounts to collections.

“[Buy now, pay later] weighs on your short-term, and potentially long-term, financial well-being because all these payments start to add up and unless you’re really, really diligent—which most Americans aren’t—about tracking each and every debit that’s coming out of your account, they can get out of hand very quickly,” says Mielitz.

Despite the fact that BNPL inherently involves borrowing money from the bank, credit card company or financial tech startup providing the service, Helander says that the nature of these payment plans often blinds consumers to the truth of the situation.

“It’s less evident that you’re actually taking on a loan because it’s packaged into something else: you’re just postponing payments,” she says. “But you are actually borrowing money…and borrowing money is very correlated with low financial well-being. That’s disturbing because low financial well-being means you have high anxiety about your finances and feel low levels of security. It’s very correlated to general well-being in life.”

Younger people are particularly susceptible to the risks of opting in to BNPL plans, with Credit Karma reporting that more than half of the Gen Z and millennial respondents included in the September survey said they had missed at least one BNPL payment, compared to 22% of Gen X and just 10% of Boomers. This makes sense when you consider that many of these platforms appear to be specifically targeting younger shoppers.

“For some of these young adults, having consumer debt will be their first experience with having their own personal finances,” Helander says. “And that’s a societal problem, not an individual one. We need to take more responsibility when it comes to ethics. How are [these companies] using behavioral science and what implications does it have on consumers?”

For shoppers considering using BNPL programs to finance their spending in coming months, Mielitz recommends trying to see outside of the holiday shopping bubble.

“It’s very, very easy to want to buy now, because our eyes are always bigger than our pocketbooks. And it can be very, very difficult to say, ‘I can’t afford that,” she says. “But you have to own your financial situation, know what you can and cannot do within your budget, and realize that this is a season where American consumer culture really markets giving, but it’s not the only time of year we can give.” 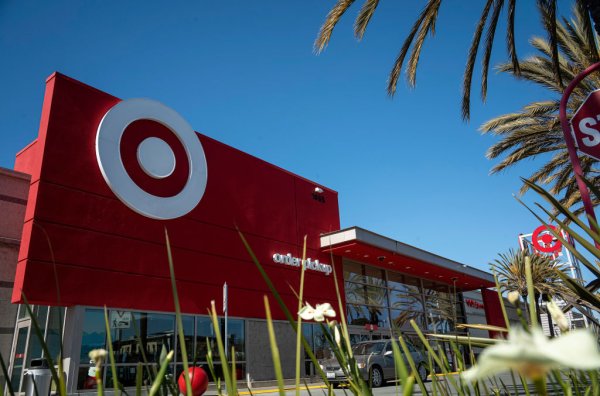 Target Will Keep Stores Closed on Thanksgiving Permanently
Next Up: Editor's Pick