How House of Gucci's Costumes Help Tell Its Story

House of Gucci, Ridley Scott’s latest film, chronicles the tensions that rise among members of the family behind the storied luxury brand as they fight each other for control of its ultimate legacy in a tale that includes plenty of scandal, betrayal and even murder.

Out Nov. 24, the film is based on the true story of the Gucci family, adapted from a book of the same name by Sara Gay Forden. At the center of the film are Maurizio Gucci (Adam Driver), an heir to the company battling his uncle and cousin for more power in the brand, and his extravagant and scheming wife, Patrizia Reggiani (Lady Gaga), who contends with an upset of her own when their marriage begins to fall apart.

But don’t let the high-octane drama make you forget this is a film about one of fashion’s most prominent dynasties. House of Gucci is full of looks that are every bit as over-the-top as the Gucci family’s antics, from impeccably tailored suits and embellished gowns to big jewels and even bigger hair.

The film’s costume designer, Janty Yates, tells TIME she created 500 costumes for the film as she set out to create a wardrobe fit for one of the most wealthy and stylish families in the fashion industry. “It was spectacular,” she says. “I’ve never had such an opportunity ever in my life.”

Yates, who works frequently with Scott and won an Oscar for her costume design for his 2000 film, Gladiator, prepared to outfit the Guccis by researching not only the real-life counterparts of characters like Patrizia, a noted clotheshorse with a penchant for major bling, but the history of the brand itself. After reading the script, Yates visited the Gucci museum in Florence, the city where the company started. Later, the brand even offered access to the Gucci archives, which resulted in two archival looks (a pantsuit emblazoned with Gucci’s iconic double G logo and a silk blouse in the same print, paired with a leather skirt) being used in the film.

Courtesy of MGM Lady Gaga in House of Gucci

In the film, the costuming plays an important role in showing the narrative arcs of the characters. Lady Gaga’s Patrizia, whom Scott modeled after Italian actor Gina Lollobrigida, begins the film in feminine dresses and sweater sets, presenting a decidedly ladylike style in the early days of her courtship with Maurizio. But Patrizia, determined to marry into Milan’s elite social circles, is far from demure. Yates says she tried to convey this tension in a scene where Patrizia wears figure-hugging dress and heels to work at her father’s truck company, much to the enjoyment of her father’s employees.

“We wanted to show her in a far more naive and innocent look, when she’s seducing Maurizio,” Yates says. “She looks so sweet and innocent, but she does wear that va-va-voom green dress with high heels when she’s going to work and she knows the effect it has on the drivers of her father’s business. She’s not without guile.”

Once married into the Gucci family, Patrizia’s clothing becomes more opulent and ostentatious—a reflection of her new life of luxury. The real-life Patrizia was known for over-the-top outfits and, especially, her love of wearing lots of outrageous fine jewelry, which Yates believes was key to making Gaga’s looks for the film look realistic.

“Anyone who wants to dress like Patrizia would have to wear the jewels,” she said. “It was the jewels that really did seal it. You know, she’d have big earrings and lots of necklaces instead of a subtle, tasteful approach.”

While Gaga’s Patrizia is obsessed with the Gucci name product, Yates found that the real-life Patrizia preferred to wear other brands like Yves Saint Laurent during her heyday as Lady Gucci. At the time Patrizia was living the jet set life as Maurizio’s wife, Gucci was more well-known for their accessories and leather goods and their clothing was more staid; to communicate this, Yates relied on Dominic Young, a cutter, who custom made costumes that resembled YSL dresses and Chanel suits of the time.

Yates also found a kinship with Lady Gaga, a noted fashion enthusiast, who became collaborated with her on the wardrobe, even going so far as to offer her own personal clothing archive for Yates’ use. In keeping with her character, Gaga also requested that there would be no costume repeats in for the scenes in her 54 script days, which resulted in a total of 65 costume changes or her. Adam Driver had almost just as many changes in playing Maurizio—Yates created 40 suits with help of a Savile Row tailor and the Italian brand Zegna, ranging from sedate gray and navy suits for his earlier days to more luxurious velvet styles for his later years, as Maurizio takes control of the Gucci brand.

“[Gaga] refused to repeat anything. Even earrings, so everything that we’d shoot that scene with in the morning would be put away and then we’d just start again with different jewelry, different dress, different everything,” Yates said. “And I actually did the same, more or less, with Adam, because they were that rich—they didn’t have to wear the same clothes.”

In addition to outfitting the Gucci family, Yates was responsible for showing how the Gucci brand evolved in the time period covered by the movie, creating looks that showed the sophisticated but more conventional presentation of the brand in the beginning of the film to its ultra-sexy reinvention under Tom Ford’s creative direction at the close of the movie. While the film essentially centers on the fall of the House of Gucci, ending with the family’s exit from the brand they built, Yates says the family’s legacy is reflected in the way Gucci has managed to reinvent itself and endure—remaining popular to this day.

“You’ll never see Billie Eilish wearing anything else but Gucci,” she says. “Look at Harry Styles, everyone is drenched in Gucci from head to toe.” 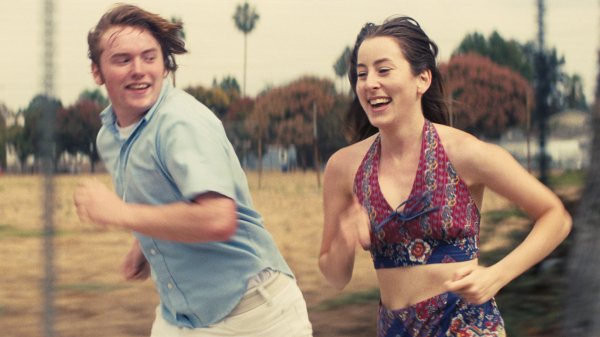 Alana Haim Makes a Memorable Debut in the Overly Self-Satisfied Licorice Pizza
Next Up: Editor's Pick