Biogen's Controversial Alzheimer’s Drug Was Connected to a Patient Death, Just As the Company Presented Its Final Study Data

To say that Biogen’s Alzheimer’s drug aduhelm is controversial wouldn’t do its rocky road to approval justice. To say it’s complicated is even less satisfying, given that the studies leading to its approval were started, stopped and started again. Add to that reports of questionable meetings between the drug company’s scientists from Biogen and Food and Drug Administration (FDA) officials that led to an ongoing FDA investigation of the drug’s approval, and it’s understandable that the drug that was supposed to change the way Alzheimer’s is treated hasn’t exactly taken the patient and doctor community by storm.

And at least one death has been potentially associated with aduhelm, according to an FDA database of adverse drug events, related to the medication’s known side effect of brain swelling and bleeding.

The drug’s June approval was immediately questioned by many in the medical community, partly due to the questionable relationship between Biogen and FDA officials but also because many doctors who treat Alzheimer’s patients feel that the complicated data do not provide convincing evidence that the medication can actually improve patients’ declining mental functions. There is no doubt that aduhlem can reduce the levels of amyloid plaque, a sticky protein that builds up in the brains of patients, damages brain neurons and is believed to be responsible for compromising reasoning, memory and other high-level cognitive functions. What’s less clear is whether that reduction translates into clinical benefits, in the form of patients’ scores on mental skills tests. Despite that, the FDA approved the drug as the first medication to treat the underlying causes of the disease.

What the new Biogen data show

At the 2021 Clinical Treatment for Alzheimer’s Disease conference in Boston, Biogen hoped to clear the air. The company presented its final report on the pivotal studies examining aduhelm’s effectiveness—the ones behind the drug’s approval—in people with mild cognitive impairment or mild Alzheimer’s dementia. The main difference from earlier reports was the new finding that aduhelm also lowers levels of another protein, tau, that tends to accumulate and compromise nerve function later in Alzheimer’s disease. Levels of the protein in participants taking aduhelm dropped by 13-16% from the start of the study, compared to an 8-9% increase among those getting placebo. The tau findings, the company says, are further proof that the drug can help slow down Alzheimer’s progression.

The data came from 1,800 people who had been participating in aduhelm trials until they were briefly halted in 2019, and then returned to taking the drug in a new study when trials resumed about a year and a half later. Because of the nature of the way patients were enrolled in this new study, the trial was not placebo controlled, and may represent a biased population who was motivated to continue on the drug. In fact, the data suggest that people who performed better on cognitive tests tended to return to continue the drug after the gap. Still, the researchers hoped these patients might help them understand the impact of stopping and then restarting the drug might have on amyloid formation and disease progression.

Read more: Biogen Explains How Its Alzheimer’s Drug Went From Poor to Promising

Overall, the data suggested that the gap of not taking the drug didn’t seem to adversely affect the patients; any decline in amyloid levels, as measured by brain imaging for amyloid, that was achieved during the original study was maintained by the beginning of the restarted study. That’s encouraging, and the ongoing study, which will follow the participants for two years, will continue to evaluate whether those levels of amyloid continue to decline—and more importantly, if that has any effect on improving brain function.

Will the new findings resolve the aduhelm controversy?

Biogen officials hope that, taken together, the tau findings and the evidence that a gap in medication doesn’t cause harm, will make more doctors and patients comfortable with trying the drug, which hasn’t been prescribed as quickly as they expected. Doctors have largely been hesitant because they aren’t confident yet that reducing amyloid in the brain will translate into improvement in scores on cognitive tests. Brain specialists are also concerned about the side effect associated with aduhelm: an inflammation of the brain that can be treated if caught early through regular scans, but if left untended, can lead to dangerous bleeding in the brain and even death.

It doesn’t help that after Biogen scientists realized there was some potential benefit from their drug, they met with FDA officials at a conference to discuss next steps, which some critics see as inappropriate. The company says it stands by the drug and integrity of the process by which it was approved. The controversy, however, prompted acting FDA director Dr, Janet Woodcock to launch an internal investigation to ensure that no regulatory procedures were broken.

Currently, only about 100 patients are taking the drug, according to STAT. Citing the uncertain benefit for patients, doctors at the Cleveland Clinic and Mount Sinai have decided not to administer the drug for patients; if patients want aduhelm, they need to go elsewhere for the infusions. The Alzheimer’s Association, which supports the FDA approval of the drug as an important option for patients, still questions the price of the medication, which runs $56,000 a year. “We completely disagree with Biogen’s pricing decision, and we’ve made that very clear,” says Harry Johns, president and CEO of the Alzheimer’s Association. The Centers for Medicare and Medicaid Services is currently reviewing whether to cover aduhelm; its decision often sets the standard for other insurers. If CMS decides not to cover the medication, that could discourage other drug makers from pursuing anti-amyloid treatments for Alzheimer’s.

For patients, that would be a setback, says Johns. “For us this has always been about opening the door to treatments. As the first treatment approved to treat Alzheimer’s, [aduhelm] is far from a cure, but we would never advocate for any treatment unless it worked scientifically. And we believe it does.”

Read more: Clinics Won’t Provide It. Insurers Won’t Cover It. So Will the First Alzheimer’s Drug Make a Difference?

At the Mayo Clinic, doctors have not treated anyone with aduhelm yet, but set up a review committee of about half a dozen experts, including neurologists and radiologists, to evaluate each case before prescribing the drug, to ensure that the patients have a good chance of benefiting without experiencing the serious inflammatory side effects. Dr. Ron Petersen, director of the Alzheimer’s Disease Research Center at Mayo, says that the new data on tau likely won’t change people’s perceptions of the drug—what is needed, he notes, is for more people to be treated so that scientists can get a better picture of its actual impact on people. “The drug does what it’s supposed to do biologically,” he says. “But does it have a huge clinical effect? I do think there is a clinical effect, but I don’t think it’s very large.”

Petersen also points out that Biogen’s studies followed patients for only several years, while the process of accumulating amyloid likely takes years, if not decades. And that for many patients, it’s not realistic to expect any change of their condition over such a short period of time. “The fact is that amyloid is mis-processed and deposited in the brain over years, and maybe decades, so the thought of removing it in 12 to 18 months and expecting clinical impact is probably pretty ambitious,” he says. “We are not looking for clinical improvement here. We are just asking for stabilization of their condition.”

Aduhelm’s approval opened the door for other companies, including Eli Lilly and Roche, to revisit their similarly working drugs that chew up amyloid. It’s likely that the class of anti-amyloid drugs, following aduhelm’s lead, will become a new option for Alzheimer’s patients—at least after the growing pains of the first one are resolved. And while the FDA is investigating the conditions surrounding the drug’s approval, the final report is not expected until 2023, and for patients eager to try the drug in hopes of stalling their disease, that’s too long to wait. 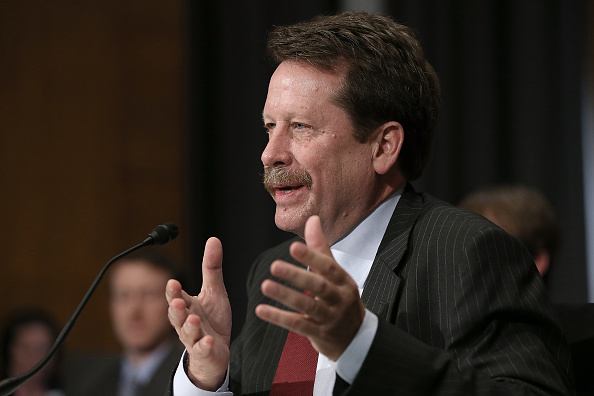