It doesn’t happen often—in fact, hardly ever—that a company decides to stop studying a promising drug it’s developing and then a few months later asks the Food and Drug Administration (FDA) to consider approving it.

But that’s exactly what occurred with aducanumab, an Alzheimer’s drug being developed by U.S. pharmaceutical company Biogen and its partner, Eisai, a Japanese pharma outfit. The surprising reversal has left patients, researchers and doctors with a lot of questions—especially since the drug is the first one to, if approved, treat the root causes of Alzheimer’s disease, which affects more than five million people in the U.S. This week, at the Clinical Trials on Alzheimer’s Disease conference in San Diego, Biogen tried to provide some answers in its first detailed public disclosure of the data on its aducanumab study, but the analysis is complex.

Last March, Biogen announced it was stopping its two studies of aducanumab because an early analysis of the data showed the drug was not likely to provide benefit to people with mild to moderate Alzheimer’s disease. Then, in October, the company reversed course, saying a more complete study of the data showed that in fact, the drug improved people’s performance on a variety of cognitive tests.

On Dec. 5, Samantha Budd Haeberlein, head of clinical development for Alzheimer’s at Biogen, presented detailed data showing that the drug reduced cognitive decline by about 22% compared to placebo in one study, but did not show much benefit in the other. Budd Haeberlein explained how changes made midway through its two studies of aducanumab, called ENGAGE and EMERGE, impacted the results of those trials differently and led to the company’s about-face.

The reason, essentially boils down to timing. The two studies, which together involved more than 3,200 people with mild to moderate Alzheimer’s at 348 different sites in 20 countries, were exactly the same—except that ENGAGE began accepting patients about one month before EMERGE in 2015.

That didn’t seem critical at the time, but became an important factor when the company also ended up twice changing the dosage, first in July 2016 and then again in March 2017. Both changes had to do with a potential side effect of aducanumab called ARIA, an inflammation of the brain that can range from mild and manageable to fatal if not controlled. The company’s early studies showed that people at highest risk of developing ARIA were also those most likely to benefit from the drug—people with a genetic predisposition to developing Alzheimer’s. To minimize the side effect, the study initially called for people with the genetic risk—who ended up being about 80% of people in the two studies—to receive lower doses (up to 6mg/kg, in proportion to the patient’s weight) than the maximum 10 mg/kg that was allowed for those not at genetic risk.

Concerned about the side effect risk, Biogen also continued to look at whether there were ways to dose aducanumab differently to minimize the risk, even while the two studies were underway. One strategy that emerged was to gradually increase aducanumab doses, which seemed to lessen the incidence and impact of ARIA. That prompted them make the two changes to the studies.

The first allowed people with the genetic risk who had stopped getting the drug because they showed signs of inflammation on MRI, to start again at the dose where they had left off and move up to 6 mg/kg. For safety reasons, the scientists originally suspended doses if people developed ARIA. The second change, made in 2017, was to increase the maximum dose for those at genetic risk to 10 mg/kg, since the company’s data now showed that they too could safely take that dose.

In March 2019, the company did its first analysis, using data from a mix of ENGAGE and EMERGE study participants. It found little benefit of aducanumab compared to placebo, which led the company to stop both trials.

But after the company conducted an analysis of a more complete data set—presented at this week’s conference—the Biogen researchers realized that when the second change to the dosing schedule was made in 2017. As a result, by the time of the March 2019 analyses, only 15% of ENGAGE participants had received the full allotment of the optimal 10mg/kg dose compared to 21% of EMERGE participants, which meant that more people in the EMERGE study had received the optimal dose, 10 mg/kg, than those in ENGAGE.

To further support this explanation, Budd Haeberlein also presented an analysis she and her team did on the patients in ENGAGE who did end up getting their allotted doses at 10mg/kg before the study was stopped. And they did indeed show improvements in cognitive tests similar to those of EMERGE participants.

Taken together, the studies “are sufficiently positive after careful review,” says Dr. Stephen Salloway, professor of neurology at Brown University who enrolled the largest number of patients in the studies and was part of a panel discussing the results following the presentation. “This is the first treatment that targets the core pathology of Alzheimer’s disease, and the data represents a milestone of achievement for our field.”

The results are especially encouraging given the string of recent failed trials of drugs, many of which, like aducanumab, work by trying to reduce amyloid in the brain. Salloway and others, however, note that challenges still remain, even if Biogen’s drug is approved by the FDA. Aducanumab is given intravenously once a month, which means patients would have to schedule monthly visits with their doctor to receive their infusions, which generally take about an hour to complete. Doctors would still have to better understand who responds best to the drug, and who might not, to ensure that the treatment is being given to the right patients at the right time.

The cost also hasn’t yet been determined, and it’s not clear if insurers will cover it; they would have to weigh whether a 22% or so reduction in cognitive decline among people taking the highest dose of aducanumab is significant enough to warrant reimbursement.

Patients affected by the disease, however, believe it is. Biogen is planning on inviting all of the patients who participated in the two trials to join another study in which all will receive aducanumab. And many of them are eager to get the drug. “When we informed our patients about the new study, almost to a person every patient and their family were enthusiastic about returning,” says Salloway. “For many of the other studies on other drugs that have terminated early recently, that hasn’t been the case.”

That reiterates how urgently an effective treatment for the disease is needed, says Dr. Sharon Cohen, medical director of the Toronto Memory Program, who enrolled patients in the trial and participated in the panel discussion at the conference. The encouraging result “is a big deal. Those of us who know the disease well know what it means to lose yourself, slice by slice… This disease is a long, slow disease, and if you can slow it down, you are winning out.” 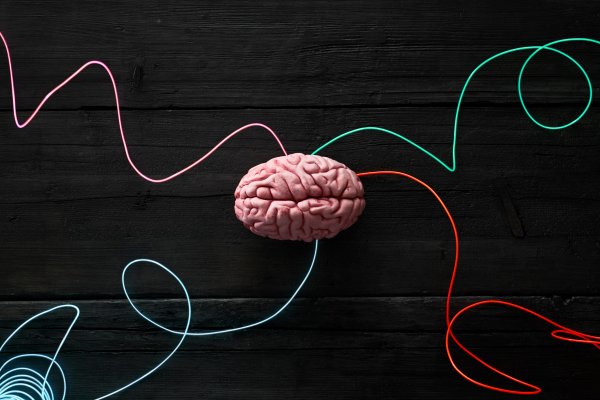 AI Can Now Make Medical Predictions From Raw Data. But Can Deep Learning Be Trusted?
Next Up: Editor's Pick