After Barclays CEO’s Departure, Here Are Some of the Other Business Executives Linked to Jeffrey Epstein

Barclays chief executive Jes Staley is one of the few high profile executives to lose their job due to links with the late sex offender and financier Jeffrey Epstein. Staley announced his departure from the bank Monday, following an investigation.

Barclays said that, after seeing the preliminary findings of a probe by British watchdog the Financial Conduct Authority (FCA), and “in view of those conclusions, and Mr. Staley’s intention to contest them, the board and Mr. Staley have agreed that he will step down from his role as group chief executive and as a director of Barclays.”

Here we take a look at some of the most influential figures in business who have been linked to Epstein and the consequences they have faced.

Before joining Barclays in 2015, Staley was an executive at JP Morgan, where Epstein was already a client. Staley has previously said he developed a professional relationship with Epstein in 2000, and has admitted maintaining contact for seven years after Epstein was convicted of soliciting prostitution involving a minor in 2008. Staley said their contact began to taper off from 2013, when he left JP Morgan, but he visited Epstein’s private island in 2015.

Epstein died in prison in August 2019 while awaiting trial on charges of sex-trafficking underage girls. A medical examiner ruled that he had killed himself.

Barclays said its board reached an agreement over Staley’s resignation after being notified on Oct. 29 of the preliminary conclusions of an investigation initiated by the British financial watchdog, the Financial Conduct Authority (FCA) and the Prudential Regulation Authority in 2019 into how Staley had characterized his relationship with Epstein to the bank and the FCA. Staley plans to challenge the investigation’s findings.

Barclays said in its statement that “the investigation makes no findings that Mr. Staley saw, or was aware of, any of Mr. Epstein’s alleged crimes,” but said “the board is disappointed at this outcome. Mr Staley has run the Barclays Group successfully since December 2015 with real commitment and skill.”

The bank will continue to pay Staley for the next year and cover any repatriation costs from the U.K. to the U.S.

The former CEO of private equity firm Apollo Global Management, stepped down from his role in March amid reports about his financial involvement with the convicted sex offender. The New York Times reported in October 2020 found that Black had transferred at least $75 million to Epstein between 2012 and 2017 for advice and services, despite telling investors that the pair’s relationship was “limited.” A subsequent review commissioned by Apollo’s board found that the actual figure was as high as $158 million.

Although Black told investors that he “deeply” regretted having ever been involved with Epstein, the media attention resulting from the scandal led him to resign earlier than planned.

The CEO of L Brands, which owns Victoria’s Secret, had been Epstein’s main client since the 1980s. Epstein ran a money management firm for ultra-rich clients, although their identities and the valuation of the business was kept tightly under wraps.

After Epstein died, Vanity Fair reported that his worth had been $559 million, in part due to his work handling Wexner’s vast fortune. Epstein acquired Wexner’s Manhattan mansion some time in the early 2000s, according to Bloomberg, the same property in which Epstein housed girls, according to unsealed court documents.

“People have said it’s like we have one brain between two of us: each has a side,” Epstein said of his relationship with Wexner in a 2003 Vanity Fair profile.

In a letter made public by his foundation in 2019, Wexner said he had severed all ties with Epstein in 2007.

“Being taken advantage of by someone who was so sick, so cunning, so depraved is something that I’m embarrassed that I was even close to,” Wexner said during a speech in September 2019.

During his time as director at MIT Media Lab, Japanese entrepreneur and venture capitalist Ito worked with Epstein to secure anonymous donations. A New Yorker exposé in Septmeber 2019 published emails between Epstein and Ito which showed the director knew the financier was convicted of soliciting underage girls for prostitution, and yet allowed Epstein to make donations through his foundations, thereby hiding Epstein’s involvement.

A day after the New Yorker’s story was published, Ito resigned from his role as director at MIT Media Lab.

The New Yorker story also implicated multi-billion dollar philanthropist Bill Gates. The emails between Ito and Epstein showed that Gates was “directed by Epstein” to donate $2 million to the research lab in October 2014, six years after Epstein was found guilty of soliciting prostitution from a minor.

In a separate investigation carried out by the New York Times in 2019, it was revealed that Gates had met with Epstein on multiple occasions from 2011, when Gates was still chairman of Microsoft, including at Epstein’s mansion. Epstein also spoke with the Bill and Melinda Gates Foundation and JP Morgan Chase about a proposed multibillion-dollar charitable fund.

In response to the Times’s reporting, a spokesperson for Gates said: “Bill Gates regrets ever meeting with Epstein and recognizes it was an error in judgment to do so…Gates recognizes that entertaining Epstein’s ideas related to philanthropy gave Epstein an undeserved platform that was at odds with Gates’s personal values and the values of his foundation.”

During an interview with CNN, Gates said “it was a huge mistake to spend time with [Epstein], to give him the credibility of being there.”

Retired billionaire hedge fund manager Dubin, and his wife, Dr. Eva Andersson-Dubin, had a close relationship with Epstein, both personally and financially. Andersson-Dubin had dated Epstein before she married Dubin in 1994, according to Vanity Fair.

Epstein introduced Dubin to Staley while he was still a senior executive at JP Morgan. Dubin sold his hedge fund, Highbridge Capital, in stages to JP Morgan starting in 2004, after which Epstein received a $15 million fee, according to a Vanity Fair report.

Dubin was named by one of Epstein’s victims, Virginia Giuffre, in her deposition against Ghislaine Maxwell, who allegedly procured young girls for sex with Epstein. In the 2016 deposition, Giuffre claims Dubin was the “first” powerful man she was sent to have sex with after her “training.”

A spokeswoman for Dubin told Reuters in 2019 he was “outraged” by the “false and defamatory” allegations, and claimed he had flight records and other evidence that “definitively” disproved them.

On Jan 15 2020, five months after Epstein’s death, prosecutors in the Virgin Islands filed a lawsuit alleging he had used two private islands to traffic and abuse girls. One of the islands was Little St. James, which belonged to Epstein, and the suit sought to confiscate hundreds of millions of dollars from his estate. Just over a week later, on Jan. 24, Dubin announced he was retiring from hedge fund Engineers Gate LP. He attributed his decision to a desire to focus on direct investment and said it had nothing to do with the media attention related to the Epstein scandal.

According to notices filed Sept. 2020, the Virgin Islands signaled to a local court that it planned to subpoena the Dubins in relation to Epstein’s financial affairs, including his involvement in the sale of Dubin’s hedge fund, and the women and girls he brought to the island. The filings also ask for documents and communications concerning Giuffre.

The former president told New York Magazine in 2002 that he had known Epstein for 15 years, describing him as a “terrific guy.” “He’s a lot of fun to be with. It is even said that he likes beautiful women as much as I do, and many of them are on the younger side. No doubt about it—Jeffrey enjoys his social life.”

The pair attended multiple social events together throughout the 1990s and 2000s, including a 1992 “calendar girl” competition where the two men were the only guests in attendance.

According to the New York Times, their friendship ended only after a failed business arrangement, but the exact details of the falling out are unclear.

When questioned by reporters at the Oval office in July 2019, the then-president, who had previously lived adjacent to Epstein in Palm Beach, distanced himself from Epstein.

“I had a falling out with him. I haven’t spoken to him in 15 years. I was not a fan of his, that I can tell you,” Trump said.Epstein’s personal address book, leaked in 2009, contained 14 phone numbers for Trump and members of his staff. 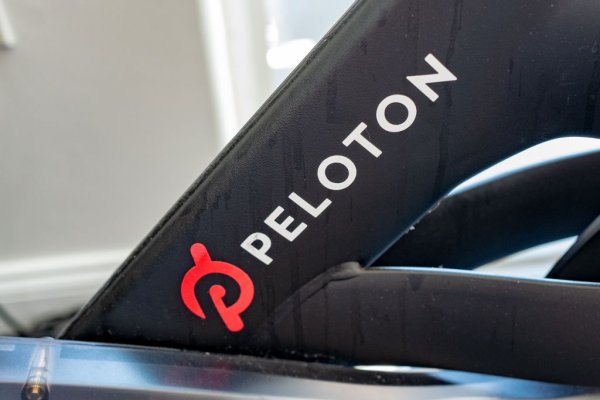