Barclays CEO Jes Staley to Step Down Amid Epstein Probe

Barclays Plc Chief Executive Officer Jes Staley is stepping down amid a U.K. regulatory probe into how he characterized his ties to the financier and sex offender Jeffrey Epstein.

Staley, 64, is leaving Monday, according to a statement. C.S. Venkatakrishnan, who was promoted last year to run the Barclays markets division and was previously chief risk officer, will replace him as CEO.

The bank was made aware on Friday night of the preliminary conclusions of regulators “into Mr. Staley’s characterisation to Barclays of his relationship with the late Mr. Jeffrey Epstein and the subsequent description of that relationship in Barclays’ response to the FCA,” Barclays said in the statement. “In view of those conclusions, and Mr. Staley’s intention to contest them, the board and Mr. Staley have agreed that he will step down from his role as group chief executive and as a director of Barclays.”

Staley’s surprise departure caps a tumultuous six years atop the British lender. He fended off a prior regulatory probe and a campaign by an activist shareholder to unseat him over his strategy to bolster Barclays’ investment bank. The Epstein probe has been running since late 2019, casting a shadow over Staley even as his firm enjoyed record results.

Former money manager Epstein was found dead in his U.S. jail cell in 2019, after being arrested and charged with sex trafficking. Epstein spent decades cultivating ties to U.S. and British elites, from Prince Andrew to Wall Street figures like Staley, Leon Black and Glenn Dubin.

The turmoil at Barclays is the latest indicator of how the late pedophile has haunted elite financial and social circles ever since he was accused of abusing and exploiting dozens of girls. Black has since stepped down as chairman and chief executive officer of Apollo Global Management Inc. and receded from coveted roles including chairman of New York’s Museum of Modern Art.

U.K. regulators have been probing how Staley characterized his relationship with Epstein since late 2019. Epstein regularly brought Staley business when he ran JPMorgan Chase & Co.’s private bank and the two were close professionally, a person familiar with the matter has previously said.

Staley has said his relationship with Epstein “began to taper off as I left JPM and contact became much less frequent in 2013, 2014,” before ending in 2015, before he took up his role at Barclays.

In the summer of 2019, Staley volunteered to tell Barclays’s board his version of how his 15-year professional relationship with Epstein evolved. In December of that year, Britain’s Financial Conduct Authority opened a formal investigation to scrutinize that account.

“It’s clear in my own mind, going all the way back to 2015 when I joined Barclays—I have been very transparent with the bank and have been very willing and open to discuss the relationship that I had with him,” Staley told Bloomberg Television in February 2020.

In a joint statement, the Prudential Regulation Authority and FCA said they “do not comment on ongoing investigations or regulatory proceedings beyond confirming the regulatory actions as detailed in the firm’s announcement.”

Barclays said in its statement that “the investigation makes no findings that Mr. Staley saw, or was aware of, any of Mr. Epstein’s alleged crimes.” The bank will continue to pay Staley for the next year and said he’s eligible for repatriation costs to the U.S.

He fine-tuned the securities business and hired a swath of lieutenants from his former employer in a bid to compete with Wall Street’s biggest firms, and outperformed many European rivals.

Then, there were the controversies. The Epstein affair wasn’t Staley’s first run-in with British regulators. They concluded in 2018 that he repeatedly and improperly attempted to unmask the identity of a whistle-blower who had sent letters to members of the bank’s board. Staley kept his job, though the FCA and Prudential Regulation Authority said he failed to behave “with due skill, care and diligence.” Regulators fined him 642,000 pounds ($877,000) and Barclays reduced his 2016 bonus by 500,000 pounds.

Staley spent more than 30 years at JPMorgan, joining Barclays after a brief stretch at hedge fund BlueMountain Capital Management. His focus on the investment bank was vindicated in recent quarters as the pandemic drover capital markets activity.

Barclays said Venkatakrishnan had been the preferred candidate to take over as CEO for more than a year, having promoted him from chief risk officer to head of global markets. Venkat was one of Staley’s first hires from JPMorgan when he took the top job.

Staley’s “abrupt and unplanned departure is clearly a negative,” said Edward Firth, an analyst at Keefe, Bruyette & Woods. “That said, it is impressive that, for once, a major U.K. bank has a clear succession plan with an individual who clearly has the strengths and experience to manage the business successfully.” 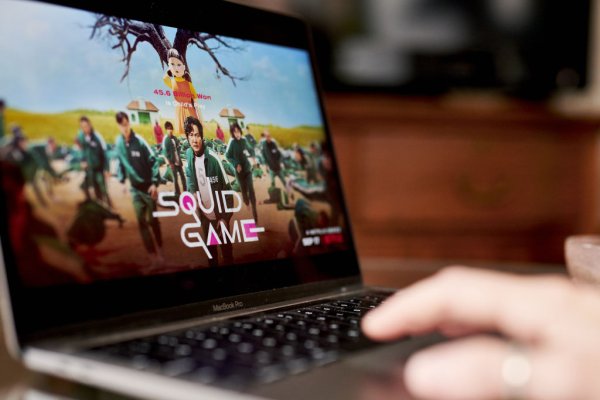