We Can Beat Climate Change If We Do One Thing Fast

Ideas
By Saul Griffith
Griffith, PhD., is the author of Electrify: An Optimist’s Playbook for our Clean Energy Future (MIT Press), published October 12, 2021. He is an inventor, engineer, MacArthur fellow, and co-founder and Chief Scientist of Rewiring America and Otherlab, an R&D incubator.

Now, finally, much of the world has become convinced, first-hand, that global warming is not only real but heating up more rapidly than we expected, unleashing irreversible impacts. Many people feel despair and helplessness in the face of doomsday predictions already in evidence. And yet, I’m optimistic that we can solve this problem in time to keep our planet livable for future generations.

I have to be optimistic. I’m the father of young children and I want them to not only survive what humanity has done to our planet, but experience the awe of the natural world that I enjoyed as a child. But I’m also a scientist, and I approach the problem like an engineer. What do we need to build to fight global warming? Can we do it in time to keep the planet under the 1.5-2.0 degrees centigrade warming that can avoid a tipping point toward climate disaster?

Squinting at the data, I see a way forward, but the urgency can’t be underestimated. The answer is actually quite simple and requires no miracle technology: we must electrify everything, fast. That means not just the supply-side sources of energy; we’ve got to electrify everything on the demand-side—the things we use in our households and small businesses every day, including cars, furnaces, stoves, water heaters, and dryers. I’m optimistic because over the last two decades the advances and cost reductions in electric vehicles, solar cells, batteries, heat pumps, and induction cooking mean that what we need can now be purchased at roughly price parity with the fossil fuelled incumbent.

But we are not yet at scale. In 2020 only half of the heating systems installed in the U.S. are electric. Only 2% of vehicle purchases were electric. We need a massive, World War Two Arsenal-of-Democracy-style mobilization to get these clean machines manufactured and into our homes and onto our roads. We need a similar effort on the supply side with wind turbines, solar farms, hydroelectric, geothermal and nuclear facilities to make the extra electricity.

There are plenty of reasons to feel pessimistic about the climate. The United Nations COP26 conference, which was intended to accelerate plans for climate change, has shown lackluster and inadequate commitments by world leaders to keep the world at 1.5 degrees celsius or 2.7 degrees fahrenheit of heating. It’s the 26th time world governments have met on the issues, and still the commitments going into this meeting are for close to 3 degrees (C) of heating. We have one shot at keeping the world at a livable temperature, and it starts in 2021.

People who are relying on governments to solve this problem don’t understand the power they have in their own hands and homes to fight global warming.

Over several years, I have worked with the Department of Energy to understand and map our energy use, and I’ve used that detailed data to analyze our carbon emissions and what we’ll need to change to stay under the Intergovernmental Panel on Climate Change goal of 1.5 to 2 degrees warming from pre-industrial levels. Rewiring America, the non-profit think tank I co-founded that supports widespread electrification to fight climate change and create jobs, determined that, in the U.S., 42% of our carbon emissions come from our homes and personal vehicles—our fossil-fuel-burning cars, stoves, heaters, water heaters, clothes dryers, barbecues, and other appliances. It jumps to 65% if we include the small businesses and offices and vehicle fleets of the commercial sector. If we electrified all the machines in our own lives, backed by renewable energy sources, we would take care of nearly half our emissions and buy enough time to handle sectors of the economy that are more difficult to decarbonize, including industry, agriculture, freight transport, and long-haul aviation.

One astounding thing happens when we electrify everything: we would need only one-half of the primary energy that currently powers the economy. The efficiency we have strived for over the last 50 years we get built in with electrification.

The electrification of things you do for climate is good for your health. The air in our homes will be cleaner, our cars zippier and community air quality better, our appliances faster and more high-tech, like smartphones compared to rotary phones. The electrified future can be awesome.

None of this will be easy. In order to meet our climate goals, we will need a 100% adoption rate of electrified technology, starting with our homes. Said another way, we cannot achieve a 1.5 or even 2 degrees warming target unless every household in America is replacing every fossil fuel-burning machine as it is retired with an efficient, electric one within the decade. That doesn’t mean replacing everything in your home at once—which would cost the average homeowner in the U.S. about $70,000. But it does mean that our next car must be electric. Our next stove must be an induction stove (which cooks much more efficiently, with more precise temperature adjustments than a gas stove). Our water and space heaters have to be replaced with heat pumps, a wonderfully efficient technology. In order to make the switch, we will likely have to upgrade our breaker box so it’ll be ready when your water heater goes out and you need a new one tomorrow. This is true for single family homes and multi-family rentals. It is true for new construction. The planet does not care about house size, location or who lives inside. It needs the one billion new machines in our basements, kitchens, utility closets, garages and driveways to be electric, and powered by renewables, in order to heal.

I think about this as a WWII-scale mobilization because of the scale of the task at hand, and because of the opportunity it presents for America. Transitioning these one billion machines will require millions of new jobs manufacturing, installing, and maintaining those new machines. These are jobs that can’t be outsourced because no one in China can install solar on your roof. These are jobs that can truly make America a world leader again. Because if we need this many machines, imagine how many more the rest of the world needs.

The generation that fought WWII was known as the greatest generation. Their grandchildren are now of age in the economy and this task falls on them. This greatest, grandest, generation will still need help from government and Wall Street to get it done. The upfront costs of these modern electric machines are still higher than their fossil-fueled equivalents, even though they save money on energy bills in the long-run (the average U.S. electrified home could save $1000-2500 a year on energy bills). We need point-of-sale and upstream rebates as well as low-cost financing and other incentives to make those machines financially viable and to get us toward our goal. It doesn’t solve the problem to have only the wealthy installing solar panels on their roofs and Teslas in their garages. You can’t half solve climate change, you need to make the solutions affordable to everyone regardless of the level of household income.

In the past few weeks, an amazing level of consensus has emerged between Congressional leaders and the White House on climate investments, including $6 billion for the policies in the Zero-Emission Homes Act, which offers point-of-sale appliance rebates that will make electrification financially possible for American families when the time comes to replace an appliance. Together with the Center for American Progress, we projected that up to $265 billion over the decade is what’s needed to not miss the moment to electrify and wean a house off gas when a furnace or other fossil-fueled machine fails.

Six billion isn’t enough. But it’s a start. And the rebates have an extra focus on low- and moderate-income households—so no American should be left behind in this heat pump and induction cooktop revolution. When combined with tax credits for the same equipment, $29 billion in low cost-financing and grants made available through the Greenhouse Gas Reduction Fund (formerly the Clean Energy Accelerator), and other late-breaking tools that might make their way into the final package, it will mark the first step by the U.S. Congress to empower the American people to play a great big role personally in solving climate change. Not everyone has an EV or rooftop solar. But we do have furnaces and stoves.

On climate, it turns out that the household is where individual and collective action come together. I’m hopeful that individual property owners will take the concern they’ve spent on recycling, eating less meat, and driving less to make a far more significant impact on our carbon emissions by simply replacing their gas appliances with electric ones. And it is a moral imperative and just economic common sense for Washington to help them do so. It is time for us to all come together and mobilize to achieve the one way forward to save the planet.

I’m optimistic because we’ve done it before. And, well, we can’t afford to fail. 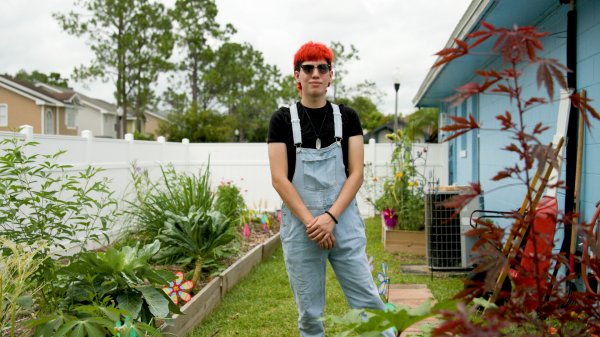