Abortion rights advocates came away from the U.S. Supreme Court hearing Monday with a glimmer of hope. At least two conservative justices who had previously allowed Texas’ six-week abortion law, the most restrictive in the nation, to go into effect, raised questions about the law’s unique structure.

The Supreme Court considered two separate cases on Monday against the Texas law, Senate Bill 8 (SB 8), one brought by the Biden administration’s Department of Justice and the other by a group of abortion providers. After nearly three hours of arguments, the majority of justices seemed open to allowing the providers to sue, while more signaled skepticism about the federal government’s arguments.

The justices didn’t directly consider the constitutionality of the Texas law or the right to abortion established by Roe v. Wade on Monday. But their ruling in these cases could have sweeping implications not only for abortion access in Texas, but for other laws impinging upon constitutional rights nationwide.

Read more: The Supreme Court’s Texas Abortion Case Could Give States More Power Than Ever

Lawyers for both the federal government and abortion providers called SB 8 unconstitutional and warned of likely ripple effects of allowing the law to stand. “Texas designed SB 8 to thwart the supremacy of federal law in open defiance of our constitutional structure,” Solicitor General Elizabeth Prelogar said, arguing on behalf of the Justice Department. “Our constitutional guarantees cannot be that fragile, and the supremacy of federal law cannot be that easily subject to manipulation.”

The court previously declined to block SB 8 before it went into effect on Sept. 1, with five of the court’s conservative justices siding with the majority in the case brought by abortion providers. But during Monday’s arguments, both Brett Kavanaugh and Amy Coney Barrett, two of the justices appointed by former President Donald Trump, appeared to have concerns about the law’s unique design, which puts private individuals in charge of enforcement. That mechanism has so far allowed the law to avoid review in federal court.

Kavanaugh seemed particularly worried about the implications of the enforcement mechanism. “There’s a loophole that’s been exploited here or used here,” he said, adding that the question was whether the court should “close that loophole.”

He expressed concern that the design of the Texas law could be used to prohibit rights beyond abortion. Kavanaugh brought up an amicus brief filed by the gun rights group Firearms Policy Coalition, which made a similar case, and gave his own example of what would happen if a state offered a $1 million reward for anyone who sues a person who sells an assault rifle like an AR-15. “It could be free speech rights. It could be free exercise of religion rights, it could be Second Amendment rights,” he said.

Barrett, meanwhile, seemed troubled that the law’s unique structure would prevent abortion providers from mounting a “full constitutional defense” in state court. The law says that abortion providers can only use the established right to abortion as a defense after they have been sued, and it limits the arguments they can use in those cases. Marc Hearron, the lawyer from the Center for Reproductive Rights who argued for the abortion clinics, affirmed Barrett’s concern, adding that SB 8 has “weaponized the state court system” in such a way that federal courts need to intervene.

Read more: Inside The Small Group of Doctors Who Risked Everything to Provide Abortions in Texas

A balance between state and federal power

Other justices seemed skeptical of the abortion clinics’ decision to sue state judges and clerks over the law. In other instances, justices also seemed wary of Texas’ arguments. Justice Clarence Thomas, for example, raised the question of whether any person can sue to enforce the Texas law without having a direct injury.

Texas Solicitor General Judd Stone defended the law, arguing that people suing over an abortion in Texas would have grounds based on “outrage” at the abortion taking place. When Thomas questioned him further, Stone added that Texas could narrow the law so that only people impacted by an abortion would have standing to sue, but said that should be left up to the Texas courts.

Throughout the arguments, several of the conservative justices expressed concern that stepping in could change the balance of power between the state and federal government, potentially giving the federal government too much clout to review state laws in the future.

Chief Justice John Roberts, who sided with the liberal justices before the law went into effect, asked Prelogar about the “limiting principle” for this case and whether her case would allow the federal government to sue states over other laws.

“I recognize that this seems like a novel case and that’s because it’s a novel law,” Prelogar said. She argued that allowing the Department of Justice to “protect the supremacy of federal law” would not “open the floodgates” to suing states over other traditionally structured laws. “In the history of the United States, no state has done what Texas has done here,” she said.

Justice Elena Kagan agreed that SB 8 presents a unique situation, and warned that if the court does not allow someone to challenge the law, it would be encouraging other states to follow Texas’ model. No state had “dreamed” of passing a law like this until SB 8, she said. “We would live in a very different world from the world we live in today. Essentially, we would be inviting states, all 50 of them, with respect to their unpreferred constitutional rights, to try to nullify the law that this court has laid down,” Kagan added.

The Supreme Court took up the Texas cases on an extremely expedited basis, suggesting their decision could come in a much quicker time frame than the months it usually takes the justices to decide high profile cases. But any decision the Supreme Court makes after Monday’s arguments will not end the Texas dispute. If the court does allow the abortion providers to sue, that would allow their challenge to proceed through lower courts. That could still take time, and it remains unclear whether the high court would block the law as that case proceeds.

Read more: The Fate of Roe v. Wade May Rest on This Woman’s Shoulders

While the law remains in place, the threat of litigation has stopped abortion providers from performing the procedure about six weeks. Abortion rights advocates noted that while they hope the court does rule against Texas, there will still be obstacles for people in the state trying to access abortion. “We can’t rely on the courts alone to protect abortion access,” says Kamyon Conner, executive director of Texas Equal Access Fund, which helps people in Texas with logistical and financial support in getting abortions. “We know that the legal right to abortion has never been enough to guarantee real access to people.”

This is particularly top of mind for advocates and abortion providers this fall, as the Texas case comes at a crucial moment for abortion access in the U.S.

In just one month on Dec. 1, the Supreme Court will hear another case about the constitutionality of a Mississippi law that bans abortions after 15 weeks of pregnancy. Even if the court blocks the Texas law, abortion opponents are hoping the court will use the Mississippi case to overturn or significantly weaken Roe v. Wade. 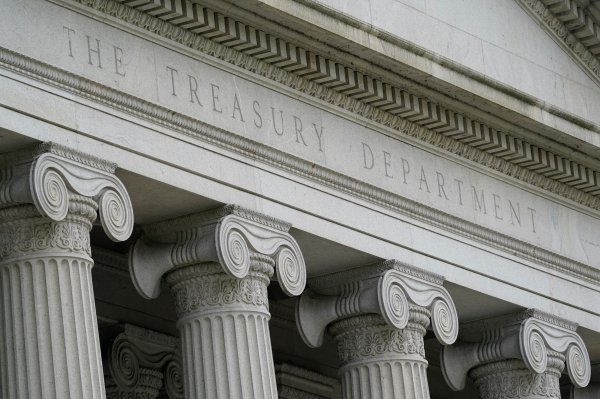 The U.S. Treasury is Worried About Stablecoin. Here's Why
Next Up: Editor's Pick