The Child Tax Credit Was a Lifeline to My Special-Needs Sons. Congress Must Extend It.

Jennifer and her children.
Courtesy Jennifer Dickman
Ideas
By Jennifer Dickman
Dickman is a mother of two special needs children and a survivor of past homelessness and extreme poverty. She is one of 50 mothers from all 50 states who recently signed onto a letter to the Biden administration calling for the CTC to be made permanent.

The pandemic has brought to light a harsh reality that many who have endured poverty, especially with children, already knew: our current systems fail those who find themselves in difficult economic circumstances. People fall through the cracks, and families with children are often hit the hardest.

On July 15 of this year, a miracle occurred for many families: the IRS disbursed the first payments of the expanded monthly Child Tax Credit. These payments, ranging from $250-$300 per child, lifted approximately 3.5 million children out of poverty in just the first two months. They also helped many middle-class families handle their own financial burdens. I know because my middle-class family is one of millions struggling to get by. The CTC has been a lifeline—the entirety of our first payment went to a doctor’s appointment for one of my special needs sons. Subsequent payments have covered a mix of expenses for my sons, including medical bills, tutoring for Dylan’s math learning disability, and Brendan’s autism social skills group. Dylan is about to have an MRI that will cost us $800—we wouldn’t be able to afford that without the CTC. When you have kids with special needs, the expenses are varied and ongoing. .

Currently, the new CTC is set to expire after a single year. Its extension, part of the Build Back Better spending bill being negotiated in Congress, is under threat. While President Biden’s compromise bill just released last week calls for extending the expanded CTC into 2023, Republicans and obstructionist Democrats have taken an opposing stance. In particular, Democratic Senators Kyrsten Sinema and Joe Manchin have been expressing troubling opposition that strays from their supposed values of supporting American families. Senator Manchin is reportedly seeking a $60,000 income limit for families to receive the credit, less than half of the CTC expansion’s limit. According to an estimate by the Niskanen Center, Manchin’s means testing would cut off 37.4 million children from the CTC. Families who have been relying on this crucial new monthly support would be left bereft of its benefits.

My own family is one of those that would lose the expanded CTC if Manchin’s proposed limit makes it into the bill. Just looking at my husband’s current salary, one would think we’re a comfortably middle-class family. They would be wrong. Means testing always misses people who need help.

Ten years ago, my family moved into a seemingly lovely rental home that turned out to be teeming with toxic mold. Our son Dylan was just over a year old, and I was pregnant with our youngest, Brendan. Within days of moving in, I began experiencing severe respiratory symptoms, and my health declined sharply from there. Dylan, who had previously been a champion sleeper, began awakening up to ten times a night screaming, and experienced other severe symptoms. My husband had brain fog and fatigue, along with respiratory symptoms.

By the time we discovered the mold and fled, my husband’s symptoms had affected his previously spotless performance at work. Two weeks after we left the “mold house,” two weeks before I would give birth to Brendan, he lost his job. The three years that followed were the stuff of nightmares.

We suddenly found ourselves with no income except my disability benefit, which was quite low due to becoming disabled at a relatively young age, and my husband’s unemployment benefit. It was before the Medicaid expansion, so nearly his entire UI benefit was used up on our COBRA premiums. Brendan was born with a severe heart defect. I was the sickest I had ever been in my life. Dylan was suffering from a host of symptoms. And my husband, while battling symptoms of his own, had to navigate helping me with two very sick kids while trying to conduct a job search. At one point, when Brendan was hospitalized due to worsening congestive heart failure, he had to cancel an out-of-state job interview and rush back.

We ran through his retirement savings, maxed out our credit cards, and eventually became homeless. We’re not alone—this happens to many families. My family’s situation is like so many others—due to our ongoing costly medical expenses, and the economic impact of our past hard times, we are just scraping by. But by Senator Manchin’s assessment, we’re riding high on the hog.

Dylan in the hospital in December 2020.
Courtesy Jennifer Dickman

I wish that were true.

The reality is, we currently live in a 950 square foot apartment. We don’t own a car. We have no retirement savings. We have no college savings for the boys. We have a tiny amount of savings we’re hoping will someday help us buy our very first home (I’m 49 and my husband is 59). It’s something I want to do for my kids so badly it hurts.

Moreover, the boys and I have ongoing and complex medical issues, resulting in high medical expenses. Dylan has immune deficiencies, a neurological disorder triggered by the mold and infections called PANS, continuing mold-related illness, and other health issues. Brendan is on the autism spectrum, still has his heart defect, and also suffers from mold-related illness and other health issues. Our monthly CTC payments have gone toward medical expenses—I just paid a $316 medical bill for Dylan the other day, have a bill for over $500 sitting on the kitchen counter, and am about to schedule an MRI for Dylan that will cost us $800 out-of-pocket. I could go on.

The CTC is helping my family keep our heads above water, recover from previous extreme poverty and homelessness, and hopefully build a brighter future for our children that includes a home (with a back yard and a dog!), better health, college, and fulfilling their dreams. We are fortunate in that if we lose the CTC, we’re not going to plunge below the poverty line like the 3.5 million children who will if the program is ended. But, taking away our monthly benefit will hamper our ability to get our children the medical care they need, and dash our hopes of one day purchasing things others see as “normal” parts of life, like a car and a home. Are those things really too much to ask for?

Our economy hasn’t worked for people like me in decades. It’s long past time that our elected leaders act in the best interests of the people who elected them. We do not need means testing, work requirements and other antiquated restrictions based on an out of touch idea of how the economy works for most people. We need leaders who understand that Americans are exhausted by the stress of living paycheck to paycheck, and worrying about whether they can provide for their children. We need the expanded CTC to be made permanent. 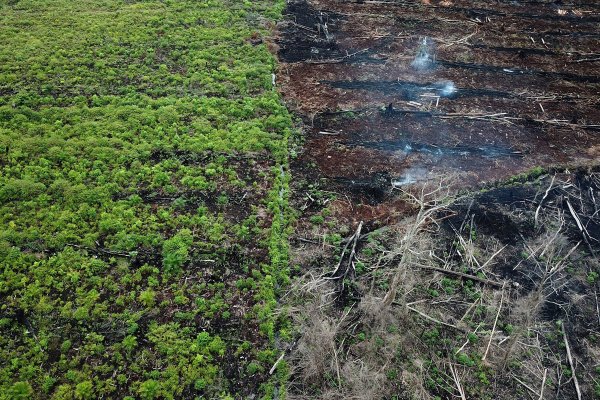 Modern Capitalism Needs a Revolution to Undo the Damage It Has Caused
Next Up: Editor's Pick