Most Americans Support Guaranteed Income. Here's How We Are Working as Mayors to Make It a Reality

A person walks by a boarded-up shop in Oakland, California on February 12, 2021. - Racial minorities have borne the brunt of the Covid-19 pandemic in the United States, with higher rates of death, unemployment and business failure, and less success obtaining federal government assistance intended to provide relief.
Josh Edelson—AFP/Getty Images
Ideas
By Melvin Carter, Eric Garcetti and Michael Tubbs
Carter, Garcetti, and Tubbs are co-chairs of Mayors for a Guaranteed Income. Michael Tubbs is the former mayor of Stockton, CA. Eric Garcetti is the mayor of Los Angeles, CA and Melvin Carter is the mayor of St. Paul, MN.

On July 15, nearly every parent in America will begin receiving a guaranteed income. Labeled the Child Tax Credit, this $300 per month delivered directly to families mirrors the simplicity of a policy espoused by a range of Americans leaders, from Dr. Martin Luther King, Jr. to Richard Nixon. The cash is funded and distributed by the government, there are no restrictions on how it can be spent, and no work requirements to receive it.

The CTC is a complete 180 from the punitive, distrustful lens with which social safety net policies have been debated, developed and rolled out in our country for the past four decades—from Ronald Reagan bolstering the racist, sexist (and untrue) trope of a “welfare queen” to the more bipartisan embrace of workfare programs that too often fed into a false narrative of poverty as an ailment of the lazy and entitled.

New polling by Data for Progress and Mayors for a Guaranteed Income shows just how far we’ve come—a bipartisan majority of Americans support both guaranteed income and the CTC expansion. This is a distinct shift from the last national poll conducted by Pew in August of 2020, which found that only a minority of voters supported basic income.

This shift is one of the few silver linings of COVID-19. Overnight, millions of people lost their jobs, struggling to make their mortgages and standing in days-long food bank lines to feed their families. The government needed a swift, effective way to curb the economic devastation that swept the country. There was no time for the typical hand-wringing over deficits and deservedness and the sanctimonious tirades that generally dominate such discussions (though that didn’t stop some from trying).

People needed help, and cash was the solution, including boosts in unemployment insurance and multiple stimulus checks. A new analysis of cash aid between late 2020 and early 2021 found food insufficiency fell by over 40%, financial instability fell by 45%, and reported adverse mental health symptoms fell by 20%.

When Congress stalled on providing ongoing aid last year we saw the dramatic effects of not using cash, with more than eight million Americans pushed into poverty without bolstered unemployment or additional checks.

We were all mayors of major cities during the height of the pandemic last year, and saw first-hand the need for ongoing aid. We also knew that the problems of the pandemic were not new—that poverty and inequity run deep. That’s why we launched Mayors for a Guaranteed Income in the pages of TIME. Our goal was two-fold: add to the body of data proving cash works through pilots across America, while also advocating for a federal guaranteed income policy.

In addition to solving for our communities’ immediate needs, we were driven by a moral imperative to build an economy that works for everyone. Last year brought an inspiring wave of protests across the country, and the world, demanding equity for people of color—particularly Black Americans who have been historically excluded from economic gains. With its roots in racial and gender justice history, guaranteed income is the ideal tool to combat both the racial injustice and economic precarity brought to the fore in 2020 and that we continue to see today.

MGI was founded on the belief that in the richest country in the world, no one should live in poverty. We operate based on the truth that financial instability is not the failure of individuals, but rather policies.

Our progress over the last year has included important work at the local, state and federal levels. We’ve grown our ranks from 11 to 58 mayors, and scaled up our pilots from one to more than two dozen. We worked with state leaders, resulting in $35 million in guaranteed income pilot funding included in the California budget, a first in the country. We kept the heat on Congress to provide more stimulus checks, and we got them.

As we look to the work of our next year, we recognize that now is not the time to take our foot off the gas. We will work with the administration and Congressional leaders to ensure the CTC is made permanent. The research from our pilots will continue to feed into the evidence base proving that cash works. We will also invest in narrative efforts to show that the economy is not numbers on a graph, it’s the financial reality of people in our communities.

Through these combined efforts at every level of government, we will relentlessly fight for our shared goal of recognizing that we already have the tool to eradicate poverty and strengthen the middle class: a guaranteed income. 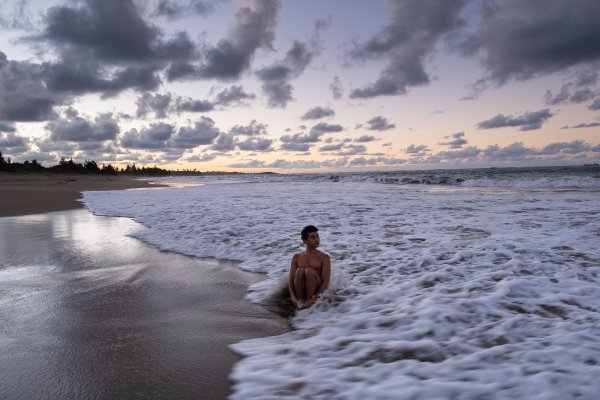 ‘Here We Can Express Ourselves With Freedom.’ In Puerto Rico, A Trans Collective Is Reimagining Family Values
Next Up: Editor's Pick