Climate change has been a constant and increasingly urgent issue throughout the lifetimes of those in Generation Z. In the past year alone, devastating wildfires raged in North America, Europe, and Russia, catastrophic flooding hit central Europe, and South American countries suffered severe droughts. According to the latest Intergovernmental Panel on Climate Change report, the “unprecedented” damage inflicted on the planet by human activity is now, in some cases, “irreversible”.

Many members of Gen Z will be turning 30 in 2030—the target date for many nations to take drastic action to mitigate the effects of climate change. Rather than despair, people from this generation increasingly believe they have the potential to change the world. According to a 2021 survey by Pew Research Center of nearly 14,000 U.S. adults, including 912 Gen Z adults, over a third of Gen Zers said that say addressing global climate change is a top concern to them personally.

TIME spoke to three twenty-somethings who are building social responsibility into of their career aspirations.

Kinzie Burtrum, a 21-year-old rancher from Stillwater, Oklahoma, wants to do change the way farming is done, drawing on traditional approaches. “I see farmers and ranchers as the original conservationists,” she says. “This is something that I plan to pass down to my kids one day.”

The social benefits of sustainability are of particular interest to the younger generation. Cristian Cardona, 22, was spurred to make a change by the job insecurity and anxiety of working for a fast-food chain during the pandemic. “It made me think I want to be self-reliant, self-sustainable.” Cardona started to cultivate a food forest in his parents’ backyard. “In the future, I would like to build a community effort to help people be independent—I would love to run a community garden”.

Bombay-based Namrata Iyer also used the pause in everyday life to reassess her impact on the environment. “The pandemic enabled me to rethink my life decisions,” she says. The young entrepreneur set up an online thrift store, facilitating the resale of pre-owned items. “The fashion industry is infamous for the amount of pollution it creates,” she says. “We don’t need to produce more. There are already enough clothes to last us six generations.” 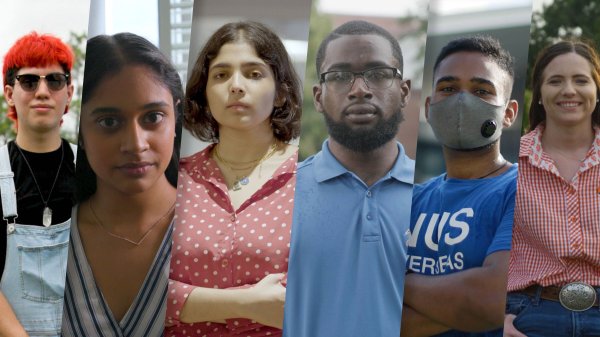