Candace Parker of the Chicago Sky waves to fans during the 2021 Chicago Sky Championship Parade on October 19, 2021 in Chicago, Illinois.
NBAE via Getty Images—2021 NBAE
By Sean Gregory

Candace Parker was packing her bags Wednesday afternoon, prepping for an early evening flight out of Chicago to her home in Los Angeles. She was wrapping up a memorable, whirlwind few days. On Sunday Parker, who grew up in the Chicago suburb of Naperville, Ill., led the Chicago Sky to the franchise’s first-ever WNBA championship; the Sky defeated the Phoenix Mercury 80-74, to win the WNBA Finals 3-1. Parker, 35, had spent her entire 13-year WNBA career with the Los Angeles Sparks before signing with her hometown team in February, with the goal of bringing a title to Chicago.

She delivered—and then got to unwind a little. Parker pulled up to the drive-thru at Portillo’s, a favorite Chicago-based hot dog joint, for a jumbo chili cheese dog and fish sandwich on Sunday night. The team was feted at a championship parade and pep rally on Tuesday; Barack Obama called to congratulate Parker and her teammates afterward.

Now, real-life beckoned. Following the parade, Parker dropped off her daughter Lailaa, who just started seventh grade, at the airport Tuesday. Though she signed with Chicago, Parker kept her home in Los Angeles, and Lailaa still goes to school there. “She looked at me and like, you have one day to get back,” Parker says. Thus, she was furiously packing on Wednesday, to be back in time to take Lailaa to class on Thursday morning. “So that’s the life of a mom that just won a WNBA championship,” Parker says.

Parker’s used to the busy motherhood balancing act: Lailaa was born in 2009, after Parker’s rookie season in Los Angeles, when she won both the WNBA Rookie of the Year and MVP Awards, to go along with an Olympic gold medal that summer in Beijing. Parker, a two-time high school national player of the year who became the first female to win the dunk contest at the McDonald’s All-American Game, is a six-time WNBA All-Star, and two-time WNBA MVP; she clinched her second WNBA title, to go along with her two Olympic golds (not to mention the back-to-back NCAA titles she won in 2007 and 2008 at the University of Tennessee). Her full-circle, heart-warming title for the Windy City comes at an opportune time for the WNBA, which enjoyed a banner 25th season and is growing in popularity, thanks to players like Parker. As an analyst for the NBA’s widely watched programs—she’ll be back at work, fresh off the title, early next week, as the 2021-2022 NBA season tipped off on Tuesday night—Parker’s work is now familiar to a wider swath of sports fans. Due to her on-court excellence and her conversational, analytic on-air presence, Parker’s emerged as one of the most influential figures in her sport.

In an interview during a brief packing break on Wednesday, Parker put on her analyst cap to break down what this second WNBA title means for her career. “You can mess around and do stuff one time, and people can doubt it,” Parker says. “But if you do something twice, it’s not by accident. So I’ve said, from the time I was at Tennessee, in order for my name to be mentioned with the greatest players at Tennessee, I have to win twice. So I do think this was a legacy-defining moment.”

One that was so much sweeter—and memorable—since she won in Chicago. “I just remember watching ‘Bron [LeBron James] when he won in Cleveland,” says Parker. James, who’s from Akron, Ohio, returned to the Cavaliers from Miami in 2014 and led his team a title two years later, ending Cleveland’s 52-year championship drought. “Just the emotion and how it hit him. And I don’t think it was until yesterday when I realized, ‘man, I went home and we won.’ I don’t know if I fully grasped what all of this means.” The Sky finished just 16-16 in the regular season and entered the playoffs as a sixth seed; Parker had injured her ankle earlier in the season and missed eight games; Chicago finished 1-7 during that stretch. “I went out to LA and really thought I got Hollywood,” Parker says. “And couldn’t, you know, be gritty and play defense and rebound and all those things we did this year. It was so hard. That’s why I love it so much.”

Parker’s buzzy Finals win followed some key victories for the WNBA this season. Google signed on as a sponsor. The league inked a multi-year deal with Amazon Prime Video to become the first women’s pro sports league streamed on the service. On WNBAStore.com, the league’s regular-season merchandise sales jumped 50% over the prior year, a record growth. The Sky has sold more merchandise on Fanatics than any prior WNBA champion, according to the Sports Business Journal.

Regular season viewership was up 51% over last year; it was the league’s most-viewed season for national TV partners in 13 years. The Finals series between the Sky and Mercury drew an average of 548,000 viewers, up 23% from a year ago; these were the most-viewed WNBA playoffs since 2014.

Changing societal attitudes are driving this growth, says Parker. “We’re filled with a league that people before were scared of,” says Parker. “Like, women should be in this place. I don’t fit that. I’ve never fit that. I don’t want to fit that. I don’t want my daughter to think she has to fit that.” As people grow more attuned to the benefits of diversity, the WNBA will remain well-positioned to expand. “Companies, and actually consumers, are demanding that they are represented by women,” says Parker. “We are a league that is the majority of the minority in this world. I say that in the sense of race, sexuality, gender, all of that. So we’re what all companies want and need.”

Parker will now turn her attention to the NBA; in March, a TNT clip of Parker explaining to Shaquille O’Neal the nuances of playing defense in the modern NBA—where nearly every player on the court, no matter his size, can make a long-range shot—went viral. “Candace Parker Schools Shaquille O’Neal” read one typical headline. Such banter with Shaq, says Parker, happens all the time. “That’s how it is back in the green room,” Parker says. “When we’re watching television, me and D-Wade [Dwyane Wade] are trying to explain to Shaq something. We’re arguing with his viewpoint. ‘Well, when I used to do this.’ Like, Shaq, you were seven feet. Literally, all you had to do was throw the ball down to you and you score. Other people aren’t like that. It’s hilarious and I love him.”

She’s been tracking the two biggest storylines entering the 2021-2022 season: the refusal of Brooklyn Nets superstar Kyrie Irving to receive a COVID-19 vaccination, and Ben Simmons’ standoff with the Philadelphia 76ers. Under New York City law, Irving can’t play in Brooklyn’s home games unless he receives the vaccine: the Nets have essentially benched Irving until he complies. “I do believe we are honestly at a point now where, as Chuck [Charles Barkley] said, you do get vaccines for others,” says Parker, who is vaccinated. “I don’t fault the Brooklyn Nets at all. We want you here, but you can’t be here partially. It’s all or nothing when you’re trying to win a championship.”

Parker’s more sympathetic toward Simmons. After Philadelphia lost in the playoffs to Atlanta last year, Sixers teammate Joel Embiid called Simmons out for passing up a shot in Game 7 of that second-round series; Simmons’ coach, Doc Rivers, said, “I don’t know the answer to that” when asked, after Game 7, if Simmons could be a point guard on a championship team. “I’m big on keeping internal difficulties internal,” says Parker. “So to hear your coach say that, how do you recover from that?” Simmons held out of training camp and was kicked out of practice this week for refusing to engage; the three-time All-Star was suspended for Philadelphia’s season opener on Wednesday. “I was young once, and it’s very hard to tolerate and handle an organization that doesn’t have your back,” says Parker. “There are not many people in that situation that would handle it at 20-whatever years old professionally. I just think that it’s done. It’s a divorce that needs to happen.”

She’ll start opining in the NBA TV studio on Monday. But what Parker really wants to do is lounge on a Mexican beach. “I love the balancing act,” Parker says of her multiple high-profile gigs. “It does get a little bit tiring, just because there’s so much emotion and energy that goes into winning a championship. You just have that crash. But I’ll get it together.” Mexico can wait. If a basketball is bouncing these days, Candace Parker will be there. 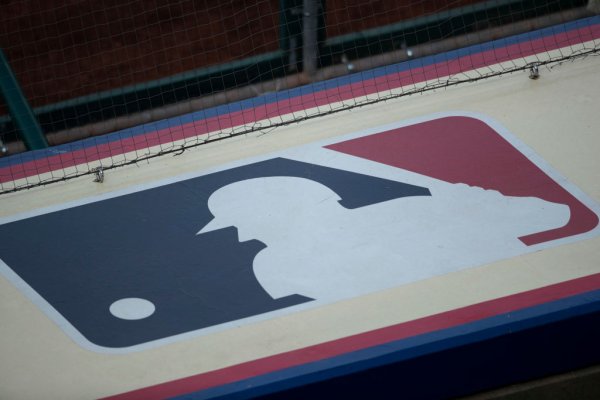 MLB to Cover Minor Leaguer Housing. Advocates Call It a Start
Next Up: Editor's Pick