Why Netflix Investors Should Care About Its Chappelle Controversy

Netflix co-CEO Ted Sarandos struck a note of contrition while speaking to journalists after the company released its third-quarter results on the eve of a planned walkout Wednesday by at least 1,000 workers in the wake of one of the biggest controversies the company has faced.

The streaming platform came under fire earlier this month for airing comedian Dave Chappelle’s latest special, The Closer. The show, which landed on the streaming site Oct. 5 and contains offensive jokes concerning transgender people in particular, has drawn the ire of LGBTQ activists as well as Netflix’s own employees.

What happened at Netflix

Sarandos sent an internal memo to employees Oct. 8 arguing The Closer did not cross the line of inciting hate or violence and days later doubled down on that sentiment, writing in another email: “We have a strong belief that content on screen doesn’t directly translate to real-world harm.” Disappointed with the response from leadership, the trans employee resource group (ERG) at Netflix planned a company-wide walkout scheduled for Wednesday.

On Tuesday, Sarandos told Deadline, “I screwed up the internal communication,” and acknowledged that he should have recognized that some employees were “hurting very badly from the decision made.” He said the comments in his second email “came out with a very blanket statement that storytelling doesn’t have impact on the real world, which is the opposite of everything I’ve ever said, thought or felt.”

The Chappelle controversy has exposed a disconnect between Netflix’s decision makers and some of its staff and subscribers. Three employees were suspended for attending a virtual meeting for top executives that they were not invited to earlier this month, but were later reinstated. One employee was fired on Oct. 15 for leaking confidential information about what Netflix paid for Chapelle’s special ($24.1 million) to Bloomberg.

Read more: Breaking Down the Controversy Around Dave Chappelle’s Netflix Special The Closer

While many young LGBTQ activists took to social media demanding that Netflix remove what they deemed to be a transphobic Chappelle special from its services, Sarandos did not indicate he would have done anything differently concerning the airing of the special and he told the Wall Street Journal he did not have plans to remove it from the platform. “I don’t think a warning card or an edit would’ve been appropriate,” he told Deadline. He also defended the platform’s right to stream controversial content.

Sarandos’ response to the fallout made it clear that it wasn’t something the company’s leadership had been prepared for: “We are in uncharted grounds here, we have never had internal emails leaked to the press before,” he told Deadline.

Ahead of the planned walkout Wednesday in response to the company’s handling of the situation, Netflix engineer Terra Field—one of the workers who had been suspended, and co-vice president of the Netflix Trans* ERG—wrote in a post on Medium that she didn’t want Netflix to take The Closer down. However, she wrote that she did want the company and others with similar levels of influence to “stop pretending that transphobia in media has no effect on society.” She also wrote in the Oct. 18 post that she was asking the company to add a warning to existing content that contains transphobia, promote “queer and trans” content after viewers have consumed transphobic items and to promote queer and trans talent and pay them well. The Trans* ERG is making similar demands, according to a report by the Verge.

“We value our trans colleagues and allies, and understand the deep hurt that’s been caused,” a spokesperson for Netflix said in an emailed statement. “We respect the decision of any employee who chooses to walk out, and recognize we have much more work to do both within Netflix and in our content.”

The walkout comes as the practice of taking strike action has become more common in a tighter labor market. In the tech industry, employees of Facebook, Instacart and Amazon are among those who have been emboldened to protest company policies and treatment of workers in recent years.

Netflix’s third-quarter earnings release on Tuesday showed it had beaten its own expectations, increasing membership by 4.4 million versus its 3.5 million projection. The company now has 214 million paid subscribers, marking an improvement from a disappointing first half of the year.

The company lauded the success of shows such as Korean series Squid Game—which 142 million member households watched globally in the four weeks after its release on Sept 17—as a factor in the platform’s reach and the strength of its content.

While the company’s tone on the Chappelle special appears to have shifted, the controversy—one of the first high profile issues of this kind that the company has faced—highlights a potential concern for Netflix in the longer term. The company currently depends on millennials and boomers for subscriptions—market tracker Business of Apps puts Netflix’s median subscriber age at 35-44—but an increasingly socially liberal Generation Z (those aged 9-24) are the users that the company will need to target to help it grow in the future. The latest age range data released by the Census Bureau shows that, as of July 2019, nearly a third of the U.S. population was under the age of 24.

Read more: Gen Z and Millennials Are Leading a ‘Great Reshuffle.’ Here’s What That Means

According to a survey of 2,200 respondents over the age of 18 in the U.S., 68% of Gen Z-ers have a Netflix subscription. A 2019 report by Pew Research Center found that a higher proportion of Gen Z-ers surveyed ascribe to the belief that gender and sexuality are fluid concepts compared to millennials. Nearly 1 in 6 Gen Z-ers identify as LGBTQ, according to a survey by Gallup, based on more than 15,000 interviews conducted throughout 2020. That might mean that Netflix will need to take these potential users’ views into account in future decision-making.

Some users said on Twitter that they would be boycotting Netflix in solidarity with the workers staging a walkout on Wednesday.

Netflix is a dominant player in the streaming sector but it may not be able to rely on that position long term. It faces competition from the likes of Disney+, which has racked up 116 million subscribers, HBO, which has 68 million, and Amazon Prime, with 200 million subscribers (although not all of them use subscription add-on Amazon Prime video).

While Netflix’s third quarter results were solid, investors might be taking note of the PR disaster. The company’s shares were down on Wednesday, although they are still trading much higher than they were a year ago. 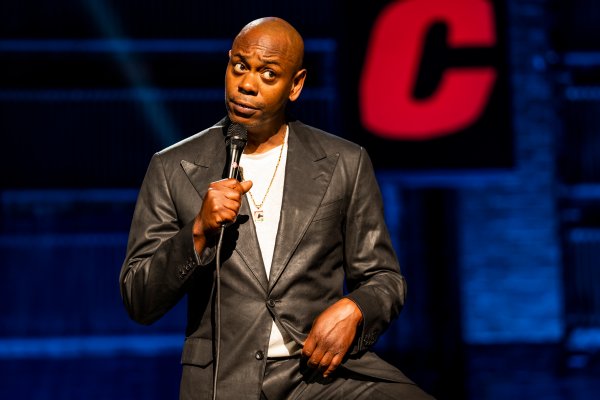 Breaking Down the Controversy Around Dave Chappelle's Netflix Special The Closer
Next Up: Editor's Pick