An aerial view of a bitcoin farm next to a hydropower station in Mabian Yi Autonomous County, southwest China's Sichuan province, 6 April 2017.
Imaginechina/AP Images
By Charlie Campbell / Chengdu and Shanghai

China hosts around 75% of the world’s bitcoin mining capacity—or “hashrate”—due to its established technology supply chains and extremely cheap electricity. Cryptocurrency mining requires huge amounts of computing power, making energy consumption a major overhead for the industry. This means that in the summer, when rains are plentiful, miners flock to Sichuan’s hydropower stations, which have a glut of supply and are based in far-flung locations that make it hard for them to plug into the national grid. Local governments will often offer power for pennies—or even free—to attract jobs and get a painless boost to their gross domestic product figures. “The water is just going to flow away, so rather than waste it, we use it to make a contribution to China,” says Tang.

China’s government, it turns out, disagrees. In late May, China’s State Council signaled a crackdown on cryptocurrency mining, causing bitcoin’s price to plummet by 30% and casting a pall across the entire industry, which collectively lost over $1 trillion in value. Chinese Vice Premier Liu He told a group of finance officials that the government would “clamp down on bitcoin mining and trading activity” to ensure financial stability. While individual miners and traders may be able to slip through the cracks, larger commercial miners will likely be considering alternative mining hubs with less rigorous regulatory regimes, analysts say.

Last week, a number of companies involved in cryptocurrency mining began halting operations in China. Cryptocurrency exchange Huobi suspended miner hosting services as well as some trading services, while, cryptocurrency miner HashCow—which owns the world’s largest mining farms—said it would stop selling machines to clients in China. “We will actively support all kinds of laws and regulations in the country,” HashCow said in a statement. Sichuan Duo Technology’s Tang, meanwhile, put his mining rigs up for sale on social media platform Wechat. Jiang Zhuoer, chief executive of BTC.TOP, which accounts for more than 18% of China’s bitcoin mining hashrate, announced the suspension of his local operations. “Next, we will mainly mine in North America,” he wrote on his Weibo social media account. “It’s not worth running the regulatory risk.”

The environmental toll of cryptocurrencies

The sudden crackdown has largely been driven by the inherently speculative nature of cryptocurrencies and the Chinese Communist Party’s (CCP) extreme aversion to risk—or anything outside its control. But compounding matters is the enormous environmental toll of crypto mining, which undermines Chinese President Xi Jinping’s ambitious promise to make China carbon neutral by 2060.

Before the crackdown, bitcoin mining in China was projected to generate more than 130 million metric tons of carbon emissions by 2024, according to a study published in scientific journal Nature Communications. If the global bitcoin mining industry were a country, it would be the 29th biggest consumer of power in the world on a list of nations by energy use, above Argentina, which has a population of roughly 45 million.

While cryptocurrency mining in the summer months has made use of sustainable power sources thanks to the heavy rain, China’s winters are arid, meaning miners must seek out alternative cheap electricity supplies. Solar and wind farms don’t produce a steady enough supply to run mining operations around the clock, so miners often turn to the only affordable alternative: coal. Mining rigs are driven thousands of miles across China to the belching power stations of Inner Mongolia or Xinjiang province. As the seasons change, what some consider the world’s greenest industry—monetizing surplus renewable energy—quickly becomes probably its dirtiest: burning coal to create currency.

While most crypto mining operations in China could be considered legal grey areas, some are outright illegal, says Tang. In China’s impoverished central province of Ningxia, for example, subsidized power supplies designated for locals to process Goji berries as part of poverty alleviation efforts have been covertly syphoned off for sitcoin mining, he says.

Bitcoin was created following the 2008 financial crisis by an unknown individual or group working under the pseudonym of Satoshi Nakamoto, who—alarmed by the dollar’s devaluation following central bank action and bank bailouts—envisaged a decentralized digital alternative outside the control of any government or institution. “Blockchain and cryptocurrency can solve problems of when governments print huge amounts of money, which is the real origin of much inequality and injustice,” BTC.TOP’s Jiang says in an interview with TIME.

Bitcoin miners are essentially paid to work as auditors, verifying the legitimacy of transactions, while allowing a trickle of new units of the currency into the economy. The crypto mining industry generated $1.7 billion in April. Mining, although it is digital rather than physical, also means bitcoin emulates some of the properties of gold, arguably history’s most successful medium of exchange, and which remains a highly prized asset after thousands of years. “I believe bitcoin will replace gold in the future,” says Tang, pointing to its ability to retain or gain value despite macroeconomic turbulence. “In a lot of ways it is exactly like gold.”

Cryptocurrencies might have been invented to circumvent government control, but China’s culture of top-down regulation has allowed it to hold considerable sway over the industry. Until the recent crackdown, Beijing didn’t support or allow financial institutions to trade cryptocurrencies, but turned a blind eye to mining, which was actually supported by some local governments. And when miners earned cryptocurrencies, they had to exchange them covertly as private individuals, usually overseas.

This incongruity has become stark: scores of tech companies with plush offices in Shenzhen and Shanghai purport to be engaged in artificial intelligence, big data processing, or blockchain for commercial use, but in reality they earn their money from crypto mining at faraway dams and power plants. “There’s no other reason you need so much processing power for any blockchain tech,” says cryptocurrency consultant Nishant Sharma, founder of Beijing-based BlocksBridge Consulting.

Crackdowns have happened before. Back on Sept. 15, 2017, a government special working group in Beijing ordered all the bosses of virtual currency platforms to immediately halt all transactions in cryptocurrencies and stop registering new users. “The three major exchanges came out with announcements one after another, at which point the market became extremely panicked,” Jiang wrote in his post on Weibo. That evening, the price of bitcoin plummeted to just $3,500 from a high of around $5,000 earlier that month. Within three months, however, it had climbed to $20,000. After China announced it would be cracking down on the industry on May 21, bitcoin fell around 12% to $35,263 and has hovered close to that level since then. Since the latest crackdown comes from the very top of China’s government this time, the effects may be longer lasting.

A high concentration of mining activity in one country threatens the entire system that underpins cryptocurrencies. Vulnerabilities arise when so much mining capacity is concentrated in one place. One of the core security pillars of the blockchain technology upon which cryptocurrencies operate is that transactions are transparent and publicly verifiable. This means that if one actor within the system corrupts a ledger “block,” every peer can see the inconsistency, flag it and correct the mistake on their own corresponding records, maintaining order without the need for a central authority.

But what if a large proportion of bitcoin miners—perhaps ordered by a government—together decided to manipulate a ledger in a particular way? This could potentially trigger a fork in bitcoin, or at least sow sufficient uncertainty to roil the market. “That’s the problem with having a majority of the hashrate in any one country—not just China, but anywhere,” says Sharma. “It makes it vulnerable to the nation-state or government of that region. That is a concern.”

Beijing’s recent crackdown on crypto mining makes this scenario less of a concern. However, China’s bitcoin boom has sown discord in other markets. Demand for graphics cards, also popular with computer gamers and required for big data processing, has caused prices of this hardware to spike by 25%, upsetting the gaming and AI industries globally.

In regions where power supplies are unstable, the amount of energy required for mining can also be problematic. In Iran, blackouts and power shortages prompted the government to ban crypto mining on May 26. A blackout in Xinjiang due to a flooded power station in April led the global hashrate to drop significantly, which in turn spurred bitcoin’s value to fall 15%.

What’s next for bitcoin mining?

Before the recent crackdown, efforts were being made to clean up the bitcoin mining industry. As well as consuming an enormous amount of power, mining rigs generate a whopping amount of heat and need to be cooled by fans which, in turn, use more energy. Technological advancements, such as liquid cooling for computers, can help reduce power consumption. In more ambitious plans, some towns in Xinjiang province have been experimenting with using the high temperatures produced by mining rigs to provide heat to the community. “Over the last few years, we have used 7,000 kilowatts to heat homes,” says BTC.TOP’s Jiang. “And this year we intended to expand that capacity to 100,0000 kilowatts.”

But the impact of crypto mining goes beyond climate. The surging price of bitcoin before the crackdown encouraged the tech-savvy across China to turn computers otherwise used for artificial intelligence or big data crunching to mining operations. The resulting rise in demand for fossil fuels prompted some coal miners to restart mothballed mines without official approval, leading to a spike in deadly accidents, according to Al Jazeera. “It also led to the old energy-intensive mining machines being turned back on, so power consumption has actually increased,” Mao Shixing, cofounder of F2Pool, one of the world’s largest crypto mining pools, tells TIME.

In an effort to reduce power consumption, Inner Mongolia last week issued draft guidelines to curb crypto mining by withdrawing preferential policies for big data centers and cloud computing firms, while announcing that telecommunication companies, internet firms and even internet cafes would have their business licenses revoked if they engaged with crypto mining. The local government has even set up a new hotline so citizens can report suspected mining operations.

While the price of bitcoin will likely recover from its current slump, it’s unlikely that China’s bitcoin miners will be chasing Sichuan’s spring rains as before. Even before this week’s crackdown, there had been a gradual shift of bitcoin mining operations to countries with year-round cool temperatures and steady renewable energy supplies, such as Canada and Iceland. “More capital is flowing into bitcoin in the West, especially in North America … because the industry is becoming more institutionalized and there’s a lack of clarity in China,” says BlocksBridge Consulting’s Sharma.

For many Chinese miners, the prospect of going toe to toe with the CCP is enough of an incentive to look elsewhere, which could make the environmental, social and systemic issues of the industry someone else’s problem. Analysts say that the regulatory crackdown will likely prompt big commercial mining operations to flee China en masse for alternative hosts, such as Mongolia, Kazakhstan and Afghanistan. 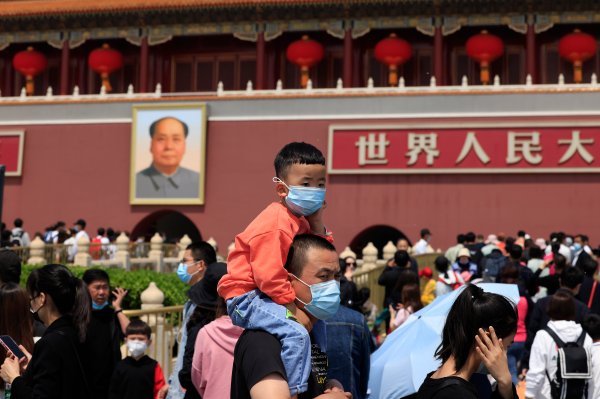