West Virginia doesn’t typically command much international attention. It’s the 40th most populous state in the U.S, and its coal-focused economy is smaller than 40 of its counterparts. And yet, in the peculiarities of this particular global moment, officials around the world who are eager to make progress on climate change are asking: What can be done about West Virginia?

“It seems to me quite shocking,” says Mary Robinson, the former president of Ireland who now works on climate issues as the chair of the Elders. To have West Virginia’s continued reliance on coal “holding up a really important bill for the United States is frustrating to observe.”

Over the past two weeks, the Mountain State has been at the center of debate over the place of climate change measures in Biden’s domestic agenda. West Virginia Senator Joe Manchin has reportedly refused to back key climate provisions in Democrats’ sweeping spending package that would pass Congress through a process known as budget reconciliation. The measures would significantly reduce U.S. carbon emissions, but hurt coal producers in Manchin’s home state. Colleagues from his party have challenged him publicly on his holdout position.

Inside Washington, it’s easy to view the standoff as the latest round of bickering within the Democratic Party. Moderates are bucking the progressives, and progressives are threatening the moderates. But the results of this domestic policy fight will have a global impact, either providing a jolt of momentum in the final days before a landmark United Nations climate conference set to begin on Oct. 31 in Glasgow, or once again planting the question for other leaders why they should redouble their climate commitments while the world’s largest economy drags its feet.

President Biden entered office with big promises to tackle climate change, immediately drawing audible sighs of relief from around the world. He quickly reentered the Paris Agreement, which his predecessor had withdrawn from, and took several executive actions designed to put climate policy at the center of his administration.

Foreign engagement on climate was a key plank of his commitment. Biden appointed former Secretary of State John Kerry to lead his diplomatic efforts on climate, a signal to the rest of the world of how seriously Biden took the issue, and in a few short months convened a virtual climate summit with 40 heads of government from across the globe. At the summit, Biden pledged to slice U.S. emissions in half by 2030 when compared to 2005 levels. That won praise from around the world, but allies and competitors eagerly awaited the details of what the administration planned to do to achieve it.

Throughout the year, diplomatic and climate officials have repeated this message. In June, Emily Haber, the German Ambassador to the U.S., told TIME the U.S. needed “to underpin the goals with projects, with policies, with specific strategies.” Frans Timmermans, who heads climate policy in the European Union, told TIME that his message to his “American friends” is to “make a plan.” And Ban Ki-moon, the former UN Secretary General who is now Robinson’s deputy at the Elders, described the U.S. spending package as “critical” this week.

“The U.S. has already committed to ambitious climate goals, and now needs to back it up with this action,” Ban said.

The Biden Administration has already adopted a “whole of government” approach to climate change, meaning the issue is ostensibly a consideration at every agency. But the Democrats’ Build Back Better act has come to represent the centerpiece of the Administration’s domestic climate agenda and a crucial part of meeting Biden’s emissions-reduction goal.

An analysis released by Senate Majority Leader Chuck Schumer in August showed the two big spending measures under consideration in Congress now—the Build Back Better package and a smaller hard infrastructure plan—would have the combined effect of cutting emissions 45% by 2030. And an analysis released Tuesday from the Rhodium Group, an independent research firm, shows that when combined with other policy moves and action in the private sector, the legislation would enable the U.S. to meet the Biden target.

There are a range of reasons why the world wants to see a credible plan from the U.S. The first, and most obvious, is that the U.S. is a huge contributor to the emissions that are causing the climate crisis. As the world’s second-largest emitting country, it accounts for around 13% of global greenhouse gas pollution. Given those numbers alone, it’s hard to envision the world succeeding in cutting emissions in half in the next decade without the U.S. initiative.

What happens in the U.S., the world’s largest economy, will also inevitably ripple across the globe. With an ambitious climate agenda, clean technologies developed in the U.S. would be adopted around the world as they become cost effective. Manufacturers producing everything from cars to refrigerators for the U.S. might need to reduce their own emissions in to meet U.S. efficiency standards. That would give confidence to policymakers in other countries that energy transition will accelerate at a rapid clip, prompting them to advance their own climate rules in preparation.

And then there’s the question of the multilateral system and U.S. leadership. In the three decades since climate change rose to public consciousness, the U.S. has oscillated between playing a constructive role negotiating and stalling progress on the global stage. The U.S. refused to join the Kyoto Protocol in the early 2000s, saying the deal could damage the domestic economy. The Obama Administration helped broker the Paris Agreement, President Donald Trump unilaterally withdrew from it, and then Biden rejoined.

The legislation under consideration—and the unprecedented level of climate-focused spending that would be locked in as a result—is a chance to reassure other countries that the U.S. isn’t going back on its word again. “People are generally very welcoming of the U.S. back at the table,” says Helen Mountford, vice president for climate and economics at the World Resources Institute. “But they’re watching this, and they’re not 100% convinced the U.S. can achieve what it’s committed to unless we see [Congressional action].”

These concerns cut to the core of the system for international climate discussions. Under the Paris Agreement, countries take domestic climate action at home and then present their progress to the rest of the world at the UN climate meetings known as COPs. This year’s COP—the fifth since Paris—is intended to be a landmark one, with organizers hoping that new commitments will bend the emissions curve enough to keep temperatures from rising more than 1.5°C.

The Biden Administration has adopted that target as its own, and meeting it has been a focus of Kerry’s international engagements. A credible domestic plan from the U.S. would provide an immediate boost to those efforts.

“It’s really hard to be credible if you haven’t done your own homework,” says Sen. Sheldon Whitehouse, a Rhode Island Democrat and a vocal climate advocate. “And Congress has not been particularly helpful about doing our homework.”

Officials in Washington who are committed to climate change are certainly aware of the global stakes of passing a climate spending package. House Speaker Nancy Pelosi has mentioned it. So has Kerry. But it isn’t exactly a political winner in the eyes of many American voters, who historically have paid little attention to what’s happening outside U.S. borders. So instead of looking at the big picture, the fate of Biden’s climate agenda hangs on a much smaller one: the future of coal in West Virginia. 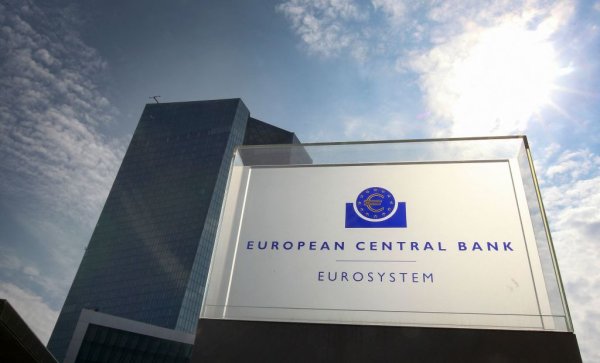