The Roy family is lawyering up. The Season 3 premiere of Succession, which aired Sunday night on HBO, picks up in the aftermath of Kendall alleging publicly that his father Logan personally oversaw the decades-long cover-up of sexual exploitation and intimidation at Waystar Royco. As Kendall and Logan organize their own defenses, the rest of the family is sent scrambling to figure out how legally vulnerable they each might be in the impending war.

And in the final 10 minutes of the episode, a new character, the high-powered attorney Lisa Arthur (Sanaa Lathan) is introduced, indicating that this season is headed toward the legal drama genre. To analyze the ongoing action and offer legal advice to the characters, TIME interviewed three corporate lawyers and Succession fans: Holly J. Gregory, the co-chair of Sidley Austin LLP’s global Corporate Governance and Executive Compensation Practice; Kai Haakon E. Liekefett, the partner and co-chair of Sidley’s Shareholder Activism Practice; and Louis Pierro, a founding partner of Pierro, Connor & Strauss. Here are excerpts from those conversations.

What do you think of Succession, and how accurate is it?

Liekefett: I watched each season twice because I loved it so much. It’s literally what I do for a living: I’ve represented public companies like AT&T, Box and Fujifilm in proxy battles and similar matters.

Gregory: It’s a wonderful show. They’ve done a great job of drawing this dysfunctional family and dysfunctional company just brilliantly. It depicts some real-life situations that happen on real boards, although in the extreme. I’m getting ready to teach an ethics class, and I’m going to base hypotheticals on the show to teach lawyer ethics. It’ll be fun.

Pierro: When I saw the first episode, I said, ‘Goodness gracious, there’s our lives.’ Many companies that are dominated by a character like Logan Roy end up with a number of dysfunctional people around them, because that person has 100% of the power in the company and no one else really has empowerment. So they tend to be a bit misfit in their roles as CFO or COO. That is extremely accurate to this type of company.

I was a part of a board meeting yesterday where the dad owned the company and died. Mom now owns the company, there’s a buyout agreement for mom—and it was just a hornets nest among the widow and the four children, each of which had their own lawyer there at the table. So those dynamics are real, but I think the characters are just a bit embellished.

Read More: Suddenly, Everyone We See on TV Is Very Rich or Very Poor. What Happened?

Have there been any parts of the show that have been inaccurate?

Liekefett: One of the few cringeworthy moments, in my view, was during the infamous board meeting in episode eight, when the so-called vote of confidence failed. In return, Logan fires half of the board. That is legally impossible as far as I’m concerned. The CEO cannot fire its board, it’s the other way around.

How often do you see scenarios of a son and a father vying for control of a company?

Pierro: My practice of 37 years has been focused on trusts and estates tax and business planning. Very often, all of those things are woven together, because the estate plan of a business owner has to include their succession plan. In the case of Logan Roy, he just isn’t ready to let go. I do see that all the time—and the impact that has on the kids who are waiting around saying, ‘O.K., when is it my turn?’ But I haven’t seen too many cases where one of the children tried to jump up and pull that business out before dad was ready to let go.

Gerri serves as general counsel for Waystar, but also becomes deeply wrapped up in the family’s politics and drama. How do general counsels deal with this kind of situation—in which they may have conflicting loyalties to varying family members as well as the company itself?

Gregory: There’s only one answer to that: the board is Gerri’s client and the ultimate authority in the company. But it gets more confused when you have a large controlling shareholder on the board, which is what you have here. Counsel has legal responsibility to the board, but with the pragmatic reality that the controlling shareholder can take action to not reelect the board, depending on his level of control. Given Gerri’s allegiance to Logan and other people in the family, she clearly is not thinking of the board as her ultimate client.

Pierro: I represent a company which is owned by five siblings. One of them is in the controlling position, but the other four siblings have raised a number of issues. My duty of loyalty, in that case, is to the company, as I am corporate counsel. So when push came to shove, I had to recommend to the CEO that he get personal counsel to represent him individually in what ended up being a shareholder battle.

Kai, you deal with proxy battles for a living. What do you think of the show’s depiction of that aspect?

Liekefett: In the last 20 years, proxy fights have become very, very common: where insurgent dissident shareholders, hostile bidders, hedge funds or others nominate a competing slate. And then you essentially have an election campaign where you’re trying to win the hearts and minds of shareholders. Like in politics, both sides typically have these election campaigns where they hire private investigators for opposition research. It can get pretty dirty.

Succession depicts the proxy fight pretty well, although they made a couple of slight mistakes. In this day and age in America, whenever a company is faced with a hostile takeover through a tender offer, they adopt a so-called poison pill. When the board of Royco was faced with the tender offer from Sandy and Stewy, they could have easily adopted a poison pill by saying, “10% is the maximum that Stewy and co. can acquire.” In which case, then it goes to the proxy fight. So they didn’t do that part well—but when they start to depict the proxy fight in season two, they do that really well. They even have one advisor right: they mention one of the top proxy solicitation firms, called D.F. King.

How do Kendall’s public allegations against his father impact Waystar’s proxy battle against Sandy and Stewy?

Liekefett: In the proxy fight world, we use a lot of terminology from political elections, and we are always concerned about the so-called ‘October Surprise.’ This is the ultimate October Surprise, and the nightmare of any defense attorney that something like this would happen shortly prior to the annual meeting. If that were to happen in my practice, we’d probably be dead in the water.

With that level of dysfunction—where the son of the CEO and chairman goes out and accuses his father of these kinds of wrongdoing—shareholders in 99 out of 100 situations would say, ‘O.K., enough said. I don’t even care who is right, father or son. The level of dysfunction here is so unbearable, that we need some adults in the boardroom. Anything is better than the status quo, we need some fresh faces here as directors.’ It would be the death knell of any proxy fight.

Do you think jail time is on the table for the various members of the Roy family?

Pierro: If Kendall had gotten convicted, there are a lot of variables. What did he know, when did he know it? As we’ve watched, criminal prosecutions are not always clean and easy. We have some real life examples like the Trump Organization: where companies have been found to violate tax laws, and the CFO has been prosecuted, other people in the company are being investigated, the company itself is being prosecuted—but the CEO of the company has not yet been touched. So you have to build the chain of evidence.

From the prosecution side, I think they would have had a tough time pinning Kendall with a serious crime. He wasn’t in a position where he was in charge of that, and there were certainly enough other people involved that his culpability could have been spread around and would have been hard to pin down.

In the first episode of the third season, the services of the attorney Lisa Arthur are requested by both Kendall and Logan. If both offers were extended to you, whose business would you take?

Pierro: If you look at Logan, he is a flawed character but he has a unified purpose: he has always wanted control, has always crushed other people for that control and stepped on other people, and probably in the course of this, committed crimes. Kendall is probably a more sympathetic character, who was put on the altar of sacrifice by his father. And so certainly my sympathies would lean towards Kendall. But I think if you wanted to back the winner in that race, then it would be Logan.

Liekefett: I would go for the client who looks a little bit less guilty, has deeper pockets, and is more likely to pay our bills. But that’s the problem: Logan appears to be way more guilty, but he has way deeper pockets. He’s still the largest shareholder and is extremely influential. It’s tough to choose. I certainly would take a retainer up front.

In the episode, Logan debates with Gerri about whether Waystar should cooperate with the feds. How common is it for corporations to refuse to cooperate?

Pierro: It’s a strategy of many corporations to obfuscate, deny and hide. With the feds, it depends on who’s doing the investigation and how much of a pitbull they are. But in the corporate world, evidence is disappeared all the time. That is a common practice, unfortunately.

And corporations have a shield that no one else has, and an immunization from liability for the individuals in the corporation, for the most part. I mean, if you go back to Enron, for example, when they had the scandal, and all of the workers were grifted out of their pensions, and their stock tumbled. One of the only people that got prosecuted was Ken Lay, who was the Logan Roy of Enron. But most of the other people managed to kind of go out the back door and didn’t get brought into the limelight. So corporations have a great ability to obfuscate and to push blame off into other directions where it’s very difficult to pin down any one person unless you have that smoking gun.

Should Tom and Greg use the company lawyers, or should they look for outside counsel?

Gregory: They have both undertaken actions that are more than dodgy. They have both engaged in a cover-up: Tom, being the driver of the cover up and Greg, helping him while also trying to protect his own backside by retaining documents. They’ve both taken actions that violate the company’s code of conduct and also likely violate law. They can’t be advised by the company’s counsel at this point, because they have interests that conflict with the company’s interests, with respect to their unethical and potentially unlawful conduct. They need their own counsel, and they need separate counsel from one another.

Liekefett: One of the highlights of the show for me was the testimony in the senate. And I don’t think any lawyer would have allowed these two to be in front of congress so unprepared. It becomes abundantly clear these guys have a huge legal problem that is separate and distinct from the company’s legal issues. They need their own counsel and they need to learn how to plead the fifth. 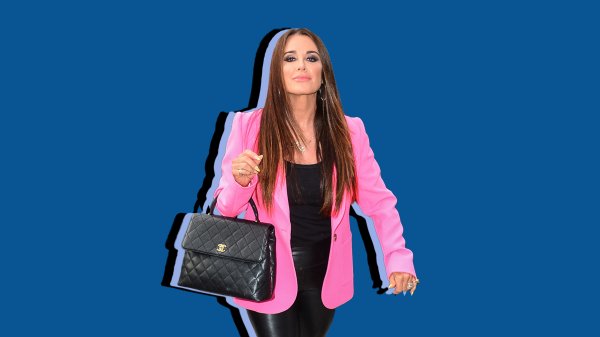 Why Kyle Richards Thinks She's the Michael Myers of Real Housewives
Next Up: Editor's Pick