Best-selling Irish author Sally Rooney issued a statement Tuesday explaining her decision to turn down a bid by an Israeli publisher to translate her new novel into Hebrew, citing human rights concerns and stressing that she would still be willing to sell the translation rights.

Rooney was roundly criticized in Israel and elsewhere following news of her decision not to allow Israeli publisher Modan to translate her third novel, Beautiful World, Where Are You, into Hebrew. The author explained in the statement that she had made the decision based on her support for a Palestinian-led economic and cultural boycott of Israeli companies and institutions, also known as the Boycott, Divestment, and Sanctions (BDS) movement. She described BDS as an “anti-racist and nonviolent grassroots campaign” in response to “the apartheid system and other grave human rights violations.” Critics of the BDS movement describe it as anti-Semitic.

“The Hebrew-language translation rights to my new novel are still available,” Rooney said in the statement, first reported by the Guardian. “If I can find a way to sell these rights that is compliant with the BDS movement’s institutional boycott guidelines, I will be very pleased and proud to do so.”

Although Modan translated Rooney’s first two novels into Hebrew, Rooney said she had since decided to support the cultural boycott of Israel following the publication of a report by the campaign group Human Rights Watch.

Read more: A Major Rights Group Says Israel Is Guilty of Apartheid. It Might Fracture the Status Quo in Washington

This is not the first time Rooney has publicized her support for the movement. Amid Israeli evictions of Palestinians in occupied East Jerusalem in May, she signed an open letter calling on global powers “that are enabling this crime against humanity to apply sanctions, to mobilize levers of international accountability, and to cut trade, economic and cultural relations.”

Rooney is also not the only author to decline to collaborate with an Israeli publisher. In 2012, ​​Pulitzer Prize-winning author Alice Walker decided against publishing The Color Purple in Hebrew, because she believed Israel to be “guilty of apartheid and persecution of the Palestinian people.”

Rooney’s decision sparked a debate on cultural and economic boycotts. Political scientist Gitit Levy-Paz described cultural boycotts as a “slippery slope” in an op-ed for Jewish news outlet Forward. “The very essence of literature,” Levy-Paz wrote, “is negated by Rooney’s choice to exclude a group of readers because of their national identity.” Gerard Howlin, a columnist for the U.K.’s Sunday Times, compared Rooney’s actions to “book burning in another way.”

Rooney also received support from proponents of boycotts. The Palestinian Campaign for the Academic and Cultural Boycott of Israel (PACBI), a founding member of the BDS National Committee, said in a tweet it “warmly welcome acclaimed Irish author Sally Rooney’s decision to refuse a deal with Modan Publishing House.”

Beautiful World, which follows a group of Irish millennials navigating their youth, debuted at the top of the New York Times bestseller list when it was published in September. Rooney’s second novel, Normal People, which was made into a successful television mini-series, was translated into 46 languages. 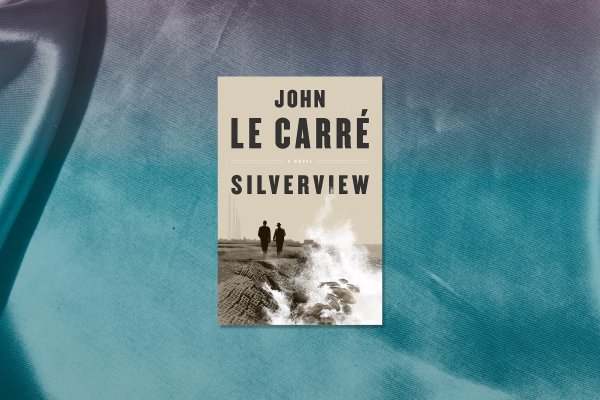 How John le Carré's 'Silverview' Fits Into His Legacy
Next Up: Editor's Pick