How U.S. Troops in Taiwan Add Even More Fuel to the China-U.S. Tinderbox

In this Nov. 23, 2017, photo released by Xinhua News Agency, a Chinese military H-6K bomber is seen conducting training exercises, as the People's Liberation Army (PLA) air force conducted a combat air patrol in the South China Sea. With record numbers of military flights near Taiwan over the last week, China has been stepping up its harassment of the island it claims as its own, showing an new intensity and sophistication as it asserts its territorial claims in the region.
Wang Guosong–Xinhua/AP
By Charlie Campbell/Shanghai

When Joe Biden was asked Tuesday on the White House South Lawn about China’s recent aggressive moves against Taiwan, the U.S. President played down the potential for conflict, saying that he and his Chinese counterpart, Xi Jinping, agreed on a recent call to “abide by the Taiwan agreement.”

Of course, that “agreement”—better known as the One China Policy—is nothing of the sort: Beijing interprets it as meaning the U.S. accepts Taiwan is an indivisible part of China; for Washington, however, it only means “acknowledging” Beijing’s claim over the self-ruling island rather than supporting it.

That festering intransigence is becoming ever more acute on and above the island of 23 million—the only place in the Chinese-speaking world with free and fair democratic elections—which politically split from the mainland in 1949 following China’s civil war. Beijing has sent nearly 150 PLA Air Force sorties into Taiwan’s Air Defense Zone over the past week, and the Wall Street Journal revealed Thursday that around two dozen U.S. special operations troops and Marines have been training Taiwanese forces for over a year, having first been dispatched by the Trump Administration.

While declining to comment on the deployment report, a Pentagon spokesman noted that “our support for and defense relationship with Taiwan remains aligned against the current threat” from China. In response, China’s Foreign Ministry warned that it “will take all necessary steps to protect its sovereignty and territorial integrity.”

U.S. troops have not been based permanently on Taiwan since 1979, when Washington established diplomatic relations with Beijing. However, that same year Congress passed the Taiwan Relations Act, which allows for the sale of weapons to the island for its self-defense.

Nick Bisley, a professor of international relations at Australia’s La Trobe University, says the most telling aspect of the troop deployment revelation is that U.S. officials are now willing to confirm what had been rumored for many months. “What it tells us is we’re not likely to get any significant breakthrough in more managed Sino-American competition,” says Bisley. “It is still going to be pretty fraught.”

The revelation of U.S. troops in Taiwan comes amid a busy month of diplomatic maneuvers on Beijing by Washington following the first in-person meeting of the U.S.-India-Japan-Australia Quad security pact, the unveiling of the new “AUKUS” defense alliance with the U.K. and Australia and the release of Huawei CFO Meng Wanzhou—who was awaiting extradition to the U.S. from Canada on fraud charges—in apparent exchange for two Canadians detained in China.

Also Thursday, the CIA announced the creation of a top-level working group on China as part of a sweeping effort to challenge Beijing, echoing previous responses to the threats from al-Qaeda and the Soviet Union. CIA Director William Burns called China the “most important geopolitical threat we face.”

Despite worsening tensions on many fronts, there is growing consensus that Taiwan is the most likely flashpoint between the superpowers. Xi considers unification integral to his “great rejuvenation of the Chinese nation.” On Wednesday, Taiwan’s Defense Minister Chiu Kuo-cheng told the island’s legislature that Beijing will have the ability to mount a full-scale invasion of Taiwan by 2025.

Asked during a recent BBC interview whether the U.S. was prepared to defend Taiwan, U.S. National Security Advisor Jake Sullivan said, “we are going to take action now to try to prevent that day from ever coming to pass.”

Still, analysts have questioned the merits of the training deployments, which “run the risk of further poisoning relations with China and potentially even getting dragged into an avoidable war that could go nuclear,” Benjamin H. Friedman, policy director at Washington D.C.-based thinktank Defense Priorities, wrote in a briefing note.

Rather than keeping U.S. troops in Taiwan, adds Friedman, “the U.S. should push Taiwan to invest more in its self-defense capacity—especially radar and mobile anti-ship and anti-air missiles, which makes an amphibious attack on the island more costly.”

Despite spending just 2.1% OF GDP on defense in recent years, Taiwan last month proposed putting an additional $8.69 billion towards upgraded weapons including missiles over the next five years, citing a “severe threat” from Beijing.

The danger of the ratcheted-up tensions is that a misstep or miscommunication may spiral into conflict. On Thursday, the U.S. Navy revealed that the Seawolf-class submarine U.S.S. Connecticut, one of the most advanced in the fleet, had “struck an object while submerged” in the South China Sea on Oct. 2 but remained in a “safe and stable condition” and was able to return to port in Guam.

“Joe Biden wants extreme competition, but not conflict,” retired PLA Senior Col. Zhou Bo, a senior fellow at the Center for International Security and Strategy Tsinghua University and a China Forum expert, tells TIME. “But my argument is that conflict is just one step away from extreme competition.” 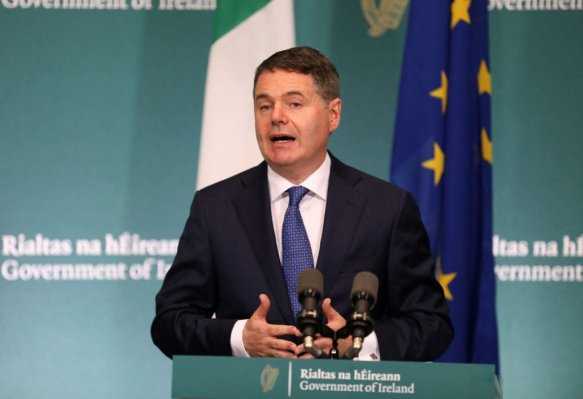