Amid a Labor Shortage, Companies Are Eliminating Drug Tests. It’s a Trend That Could Create More Equitable Workplaces

A growing number of companies are eliminating workplace drug testing to attract and retain workers amid a global labor shortage, a new development that experts say has potential to help create greater racial equity in the workplace.

The trend could help to level the employment playing field for Black and brown workers by removing a job requirement that’s a poor indicator of work performance.

“Mandatory drug testing isn’t based on suspicion or unprofessional behavior,” says Aamra Ahmad, senior policy counsel at the American Civil Liberties Union. “But a positive test can still cost the person their job, even if the use was legal, or for a medical purpose, or took place days or weeks earlier and doesn’t actually impact job performance.”

Amazon, the second largest employer in the U.S. behind Walmart, announced in June that it would no longer test for marijuana in its pre-employment drug screening program for jobs not regulated by the U.S. Department of Transportation. The company also said it was reinstating employment eligibility for former employees and applicants who were previously terminated or deferred as a result of random or pre-employment marijuana screenings.

Vice reported last month that 9% of more than 45,000 employers worldwide are eliminating job screenings or drug tests as an incentive to “attract and retain in-demand talent,” according to a recent study conducted by staffing firm ManpowerGroup. That equates to around 4,050 employers, in 43 countries, that are no longer disciplining or dismissing employees for recreational drug use.

Administering a drug test for the purpose of evaluating someone’s ability to do their work is hypocritical, says Carl Hart, who is chair of Columbia University’s psychology department and a neuroscientist who specializes in the human response to psychoactive drugs.

“Why drug test when it doesn’t tell you anything?” Hart tells TIME. “If we want to make sure people aren’t intoxicated in a workplace environment, that means looking at their performance. Urine drug tests certainly don’t tell you anything about levels of intoxication or a person’s ability to perform. They’re useless for that purpose.”

One of the reasons Amazon says it made these changes was to help foster a more equitable workplace, Beth Galetti, senior vice president of human resources at Amazon, said in a September blog post. “Pre-employment marijuana testing has disproportionately affected communities of color by stalling job placement, and by extension, economic growth, and we believe this inequitable treatment is unacceptable,” Galetti wrote.

With studies showing that drug testing disproportionately affects people of color and is more prevalent in workplaces where racial and ethnic minorities are employed, Ahmad calls the practice a “problematic” hindrance to workplace equity.

“It’s important to understand how workplace drug-testing connects to the War on Drugs and race. When President Nixon declared his War on Drugs, the goal was to disrupt Black communities, and by that measure the policies succeeded. But the war has failed to curb drug use or improve public safety,” she says. “A problem with random drug testing, in particular, is that we know implicit bias exists. An employer may set out to conduct random drug testing, but the result can have a disparate impact on people of color, whether that’s intentional or not.”

In 2018, a survey of over 1,500 Americans conducted by Detox.net, a subsidiary of American Addiction Centers, found that Black people were more than twice as likely to face repercussions for failing a drug test than white people. While 9.2% of Black respondents reported being reprimanded or fired for testing positive, only 4.4% of white respondents reported the same.

These findings of racial disparities in drug testing also square with a 2013 study by Yale School of Medicine that, in analyzing nearly 70,000 responses in a federal government survey from individuals who reported whether drug testing took place in their workplace, found that drug testing occurs more often in workplaces where racial and ethnic minorities are employed.

Ultimately, Hart says the preoccupation with the morality of drug use allows inequitable War on Drugs policies, like workplace drug testing, to persist.

“It’s about moralism, which really took off in the late 1980s. And nobody’s actually questioned why we do what we do. We just kind of go along with it,” he says. “Think about it. There are people going to work who are running a little late and they speed. Do we care? Of course not. We care about whether they get there on time or not. But they exceeded the speed limit, which means they broke the law. Nobody says anything about that. So why are we selectively focusing on drugs?”

By viewing drug testing as an unfair and discriminatory practice for all, Hart says that companies can continue to take steps in the right direction.

“If you own a company and need people to perform and you’re judging your employees based on their performance, that’s great. But if you start judging them on anything other than that, it’s a problem,” he says. “If we think about drug testing as an equity issue across the board, then everybody can see how they’re all potentially negatively affected.” 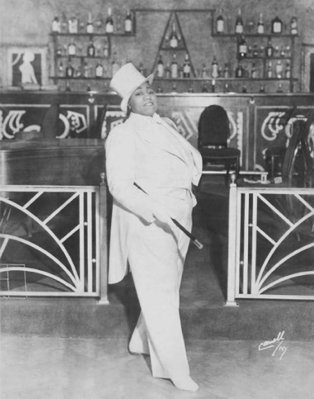 The Overlooked LGBTQ+ History of the Harlem Renaissance
Next Up: Editor's Pick