How Seinfeld Became One of TV’s Great Moneymakers

“People don’t turn down money—it’s what separates us from the animals,” Jerry Seinfeld proclaimed as his character on a 1991 episode of Seinfeld. At that point, Seinfeld himself was making a comfortable $40,000 per episode as the lead of his two-year-old sitcom, which had recently cracked the Top 50 in Nielsen ratings.

Three decades later, Jerry Seinfeld has gotten more chances to turn down money than his character could have ever dreamed of. Seinfeld was a huge hit while on air—earning the comedian $267 million in 1998 alone—and then raked in billions after that year’s finale, first through record-breaking syndication deals, and now as a streaming juggernaut. On Oct. 1, the sitcom arrives on Netflix globally as a part of a five-year deal for reportedly north of $500 million, thanks to both its enduring observational humor and an escalating streaming war in which classic TV shows are being used as crucial weaponry. Here’s how the ’90s sitcom has continued to rake in profit—and how it fits into a rapidly shifting television ecosystem.

Given that Seinfeld is famously a show about nothing—it mostly depicts four New York City friends sitting around, complaining and undermining each other—it’s not particularly surprising that the show initially struggled to win over audiences and executives alike. The sitcom, which was co-created by Seinfeld and Larry David, premiered on NBC in July 1989—typically a month for networks to dump minor projects—and was only picked up originally for four episodes. The second season received such poor ratings that it was put on hiatus for two months.

But with the beloved Cheers serving as its lead-in, Seinfeld soon caught on to become one of the most popular sitcoms in America. By the show’s ninth and final season, Seinfeld was the number one show on primetime, according to Nielsen, making an estimated $200 million a year for NBC. Jerry Seinfeld was taking in $1 million per episode—a far cry from that early $40,000—and his three main colleagues (Julia Louis-Dreyfus as Elaine, Jason Alexander as George and Michael Richards as Kramer) were pocketing $600,000 per episode. The show’s finale was watched by 76.3 million viewers, nearly matching the ratings for that year’s Super Bowl.

Seinfeld could have easily continued its astonishing run—in fact, NBC offered to raise Seinfeld’s pay from $1 million to $5 million an episode. But he turned the offer down, saying he wanted to focus more on his personal life. (A few years later, Seinfeld would infamously berate Larry King on air for not knowing that his show wasn’t cancelled.)

Over Seinfeld’s run in the ’90s, the television landscape was shifting thanks to the mass adoption of cable. By the end of the decade, almost 80% of American households had access to cable, with channels like HBO and MTV establishing themselves as go-to cultural hubs for more niche audiences. Executives sensed that the era of primetime blockbuster network sitcoms was on the wane, thus rendering the proven hits all the more valuable. In 1998, Turner Broadcasting paid a record sum—over $1 million per episode—to air Seinfeld reruns on TBS. “This may be the last big hit sitcom to come off the networks ever,” TBS President Bill Burke told the New York Times.

Seinfeld reruns continued to earn solid Nielsen ratings. By 2010, the show had earned $2.7 billion in reruns, according to Barry Meyer, chairman of Warner Brothers Entertainment. Usually, syndication deals decrease or end after a show loses cultural relevance—but in 2019, Viacom was still willing to pay an estimated $200,000 to $250,000 per episode for the rights to air the show on cable.

These reruns—which totaled 180 episodes—made many people extremely wealthy, including Donald Trump’s former right-hand man, Steve Bannon, who had worked in the entertainment business for a spell in the ‘90s and earned a stake in the show. “We calculated what it would get us if it made it to syndication,” Bannon told Bloomberg in 2015. “We were wrong by a factor of five.”

But the show’s runaway financial success also caused tension between its stars. In 2003, Louis-Dreyfus, Richards and Alexander refused to participate in the making of a DVD series of the show because they felt they were being taken advantage of. After a standoff, Seinfeld and the producers agreed to cut the trio in on royalties.

Read more: Pour One Out for the Network Comedy

The nexus of the universe

While Seinfeld and David probably would have been comfortable making syndication money for the rest of their lives, the entertainment industry was about to change once again. In the mid-2010s, new streaming platforms invested millions of dollars to create deep libraries to coax subscribers into their folds.

In 2015, following a bidding war with players including Amazon and Yahoo, Sony Pictures Television agreed to a domestic deal reported between $130 and $180 million with Hulu for six years. “I mean, you could just put the DVD in, but I guess no one wanted to do that,” Jerry Seinfeld said at the Hulu upfronts that year during the announcement.

Netflix probably wasn’t too concerned about not having Seinfeld in its catalog, because the streamer dwarfed all others thanks to its first-mover advantage, and its comedy bench was formidable, with viewers able to toggle between The Office, Friends and Cheers. But major film companies, sensing a change in the winds, started to build their own streaming platforms and come for properties to which they owned the original rights. In 2019, WarnerMedia outbid Netflix by shelling out $425 million for Friends to put on a streaming service that didn’t exist yet (now HBO Max). Similarly, NBCUniversal essentially paid themselves $500 million to grab The Office for the gestating platform Peacock.

Seinfeld’s deal with Hulu expired the same year, and given that WarnerMedia partially owned the show, many prognosticators expected the company to highball an offer in order to move it to HBO Max. But Netflix outbid not only them but also Amazon, Viacom and NBCUniversal.

Tim Westcott, a media analyst at OMDIA, says that Netflix shelled out an eye-popping amount of money for Seinfeld for several reasons. “The main reason people subscribe is choice. You have to have a high volume of attractive content in addition to the standout originals, where there’s no guarantee they’re going to be breakout hits,” he says. Comparatively, Seinfeld is a known-property; it’s comforting, broken up into short episodes, and timeless in that its jokes are based on social situations as opposed to historical events.

Seinfeld also has the potential to be a cross-generational draw: it could pique the interest of older, more moneyed subscribers rewatching the show after decades, as well as also a younger generation who is only familiar with the show as a cultural landmark—and might be willing to binge all 180 episodes. In 2018, The Office and Friends were Netflix’s two most-watched shows, with users watching a combined 85 billion minutes, according to Nielsen. A younger generation of viewers, most notably the pop star Billie Eilish, have not been shy about their delight in discovering these long-running classics for the first time.

Netflix’s deal for Seinfeld also helps solidify their relationship with Jerry himself. The platform already had the rights to his roving talk show Comedians in Cars Getting Coffee and had financed two stand-up specials, Jerry Before Seinfeld and 23 Hours to Kill. In June, Seinfeld announced he would be working on a new Netflix movie titled Unfrosted, inspired by a joke he had made about Pop-Tarts.

“This Seinfeld deal might even help lead to future projects with Seinfeld himself, as well as the writers and other talent on the show,” Westcott says. “It’s a good investment for multiple reasons.”

Netflix will need Seinfeld to perform well, because the lead the company had built over its competitors is rapidly closing. Disney+ has accumulated equivalent to more than half of Netflix’s 209 million subscribers despite being available for less than two years, buoyed by mainstream juggernauts like The Mandalorian and Loki. HBO Max is also coming on strong thanks to its deep back catalog of revered TV dramas and blockbuster movies like Godzilla vs. Kong. Second quarter numbers this year for Netflix show that their growth has slowed considerably. Their share of worldwide demand interest, a metric created by Parrot Analytics, fell below 50% for the first time, and they lost 430,000 subscribers in the United States and Canada.

Netflix has also sat on the sidelines as major companies have merged left and right, scrambling to pool money, talent and IP. Discovery merged with WarnerMedia, while Amazon bought Metro-Goldwyn-Mayer. Westcott says that Netflix’s lack of diversification makes them more vulnerable than its competitors. “Studios have other businesses to fall back on: linear channels, theatrical movies, theme parks and licensing. And streaming is a tiny part of the overall Amazon and Apple empires,” he says. “Netflix is slightly vulnerable in that if their streaming business doesn’t keep growing to the extent it has, or if they start losing subscribers, they don’t have another business to fall back on.”

And then there’s the concern that in a rapidly shifting social-media driven world, Seinfeld’s humor could become obsolete. Several critics called Seinfeld’s latest stand-up special out of touch, while many on social media have called attention to Seinfeld‘s racist, sexist or tone-deaf elements. (Conservative outlets, on the other side, have jubilantly scorned these critiques.)

But for now, the situational hilariousness of Seinfeld endures. A Seinfeld parody account on Twitter has 285,000 followers, while pop-up recreations of Seinfeld’s apartment, in which visitors could barge into the room like Kramer, drew lines across the country. There’s a good chance that come Halloween, thanks in part to Netflix’s machinations, countless imitations of Jerry, Eliane, George and Kramer will be running around streets around the world, screaming, “yada, yada, yada.” 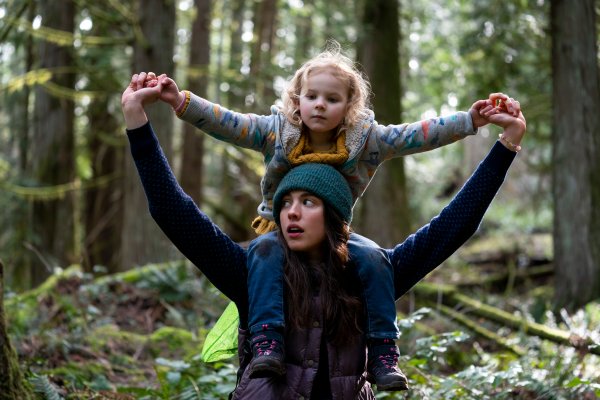 Netflix's Maid Is an Empathetic Portrait of Poverty That Dispels the Myth of Bootstrapping
Next Up: Editor's Pick