The Overlooked American Survivors of Hiroshima and Nagasaki

More than 75 years after the U.S. dropped atomic bombs on the Japanese cities of Hiroshima and Nagasaki on Aug. 6 and Aug. 9, 1945, roughly 136,000 people are living with the memories—and effects—of the disasters. In the U.S., specifically, there are believed to be just under 1,000 survivors. Many of these men and women ended up in Hiroshima and Nagasaki as children or young adults on those fateful days because they were visiting extended family, or had been sent to study in the country during a time of rising anti-Asian sentiments in the U.S. (It was not uncommon for families of Japanese descent in America to send their children to Japanese schools for a few years so that they would have the option to work in the country as adults.)

Hoping to raise awareness of this community, historian Naoko Wake conducted 86 interviews with members of this community for her recently published book American Survivors: Trans-Pacific Memories of Hiroshima and Nagasaki. Here, Wake, an associate professor of History at Michigan State University, talks to TIME about why American and Asian-American survivors have had to fight to be recognized in the U.S. and how the divergent American and Japanese responses relate to ongoing conversations on anti-Asian racism.

TIME: In your book, you talk about how American survivors of Hiroshima and Nagasaki gather for biannual medical checkups. What does that process entail?

Wake: The medical check-ups are done by Hiroshima physicians, and the funding source is the Japanese government. [Since 1977], the Japanese government has sent a team of medical doctors specializing in the treatment of radiation illnesses to do checkups on survivors in the U.S. Many American survivors think of the checkups as an opportunity to see each other and say hi to each other.

This is a strange legacy of the bomb: there are American survivors, and yet their medical checkups are conducted by Japanese physicians. One element of the history is the lack of recognition of these American survivors by the U.S. government—they are not recognized in the Radiation Exposure Compensation Act that passed in the 1990s to benefit people affected by radiation, such as Nevada nuclear test fallout victims, downwinders and so forth. Because of that lack of recognition, the Japanese government was the entity that American survivors went to demand assistance from.

Kazue Fincher, who survived the explosion of an atomic bomb over Hiroshima, Japan by the United States during World War II, gives a blood sample on June 22, 2003, in Los Angeles, California.
David McNew—Getty Image

Why was America’s response so different from Japan’s?

On the American side, I think it just brings up many unwanted questions. World War II is still considered to be a “good war,” and many people do not want to raise any ethical or legal questions about that narrative. [The existence of] American survivors raises too many questions about the war, about nuclear weapons, about humanity.

There’s an increasingly intense conversation around whether America should apologize. It’s a useful conversation to have, but actually, if there’s any apology made, I think it should be a recognition of the global damage the bombings incurred on the bodies and the psyches of people from so many different backgrounds. It has to be based on the historical understanding of global damage driven in many ways by colonialism and structural inequality.

When and why did the activism around American survivors come together?

The 1965 immigration overhaul was a huge turning point. In the Cold War context of the 1940s and 1950s, the social climate [in the U.S.] was just not welcoming to them. The Asian immigrant community grew exponentially after 1965, and that’s around the time the American survivors became cognizant of each other. They started to reach out to each other, and started to come together in support groups. By the 1970s, they started to talk to leaders of Asian-American communities. And as younger Asian-Americans started to ask their parents’ generations questions about the wartime discriminations against Asians, they became aware of stories that had been hidden.

Mary Isa records the blood pressure of Glenn Yamada, whose mother survived the explosion of an atomic bomb over Hiroshima, Japan by the United States during World War II, on June 22, 2003, in Los Angeles, California.
David McNew—Getty Image

Did you find the survivors appreciated your presence—and your interest in their stories?

Yes, but there were some tense moments as well. I was first introduced to this group of survivors in 2010. There is no convenient list of American survivors with all their contact information listed in a single place—I had to really rely on the snowball method to get to know who they are. Essentially, I approached them when they’re waiting in the hospital hallway.

I remember very vividly one time when one of the survivors, without even introducing himself to me, shouted loudly in the hallway that I should go to Japan to interview survivors there. I really felt that was revealing of the history of negligence and history of invisibility that they’ve suffered through. Fortunately, this individual recently agreed to be interviewed by me; at the end of a two hour-long interview, he gave me a hand-drawn map of Hiroshima where he saw corpses [after the bombing]. Clearly that was something very personal to him.

Have you observed any trends in the way they approach life, given what happened to them and what they’ve all been through?

Some people are dedicated to taking care of others. Because of their experience as radiation survivors, they seem to have a social awareness about the importance of being inclusive and caring for other people who are ill. Some survivors took interest in assisting people living with HIV/AIDS; [some] worked for other people suffering from chronic illnesses. Other people contributed to peace activism—Mary Kazue Suyeishi was giving speeches and lectures to schools until the time of her death.

Read more: How the U.S. and Japan Became Allies Even After Hiroshima and Nagasaki

How do you think the story of American survivors fits into the conversation about anti-Asian discrimination and Asian American awareness that we’re having more over the last year?

I think that the use of nuclear weapons in many contexts would be an appropriate example of this narrative—to be more precise, I think the American government’s decision to use the bomb against Asians. If you look at the history of the Korean War, if you look at the history of the Vietnam War, America’s wars in Asia [have] always had the underpinning of America’s state endorsement of racism. And if you look at the lack of recognition, lack of visibility, lack of any public space given to Asian American survivors, you see a history of racism against Asian Americans that’s triggered and maintained by the U.S.

My hope is that the narrative generated in my book will be part of the conversation. It’s increasingly important that we take a look at history from different perspectives, so that we can also look at what’s going on now in a more informed way. Racism is a structural issue and we have to do a lot of work to even start to dismantle it. 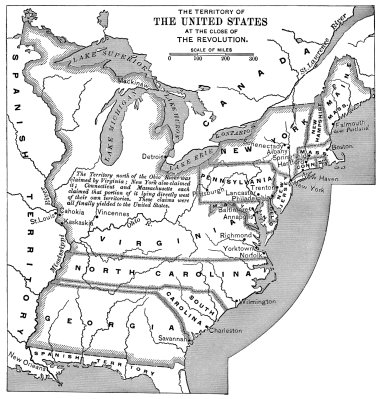 The Rise and Fall of a Dangerous Political Movement in Revolutionary America
Next Up: Editor's Pick