Private equity firm founder John Wilson, charged with participating in a scheme to pay bribes to fraudulently secure the admission of his children to top schools, arrives at federal court for the first day of jury selection in the first trial to result from the U.S. college admissions scandal, which has resulted in dozens of celebrities, executives and coaches facing criminal charges, in Boston, Massachusetts, U.S., September 8, 2021.
Brian Snyder—Reuters
By Sean Gregory

Operation Varsity Blues, the sprawling federal investigation into a nationwide college admissions bribery scandal that resulted in charges against 57 people—including parents, coaches, and a college admissions consultant, Rick Singer, who masterminded the scheme—revealed to many Americans, for the first time, how high school athletes in even relatively obscure sports like water polo, rowing and sailing can gain admissions preferences into some of the country’s most prestigious academic institutions. At schools such as the University of Southern California (USC), Georgetown, and Yale, coaches have been accused, or have pled guilty to, accepting money in exchange for presenting athletes with limited-to-zero credentials to admissions officials as legitimate athletic recruits. While 47 of the 57 people ensnared in the investigation have already pled guilty, the first Varsity Blues trials are currently underway in Boston.

John Wilson, a private equity investor, is fighting charges that he paid Singer to bribe the USC water polo coach to designate his son a recruit, and that he funneled more than $1 million to Singer in an attempt to secure spots for his twin daughters as athletes at Harvard and Stanford. Former casino executive Gamal Abdelaziz has pled not guilty to giving money to Singer and a USC athletic official to pass his daughter off as a USC basketball player. Lawyers for the parents have argued that they weren’t aware of any false information being reported about their children: Singer has pled guilty and cooperated with the investigation.

After the Operation Varsity Blues scandal broke in March of 2019, schools across the country pledged to add safeguards to prevent another high-profile breach of the college admissions process. But have things actually changed? Yes, to a degree. While it’s harder to pass as a phony water polo or soccer player at well-resourced institutions like USC and Yale, there’s still potential to exploit the system. What’s more, the scandal hasn’t really eradicated fundamental inequalities when it comes to college admissions and sports. At elite colleges across the country, those precious admissions spots for athletes are still more likely to go to students from wealthy families.

Schools say they’ve instituted various measures to protect the integrity of the athletic recruiting. USC, which reviewed the cases of “33 students who were alleged to have been involved in admissions deceit,” according to the university, concluded that “21 students were found to have violated university policy and received discipline that ranged from a deferred suspension to expulsion.” Every student athlete’s file is now “reviewed on three levels—by the head coach, the senior sports administrator for the particular sport the student plays and the Office of Athletic Compliance” before being sent to the admissions office. In March, former UCLA men’s soccer coach Jorge Salcedo was sentenced to eight months in prison, one year of supervised released and a $200,000 forfeiture for accepting bribes to create a fake backstory for a women’s soccer player who was admitted as a recruited walk-on to the school, and offering a 25% scholarship to a men’s player who did not play competitively. Since being ensnared in the scandal, UCLA now has “implemented and revised a number of policies and practices that strengthened the student-athlete admissions process, including clearer documentation, improved verification protocols, academic qualifications review, athletics qualifications review, evaluation of conflicts of interest, minimum participation requirement & roster verification, among other enhancements,” according to a spokesperson.

On September 15, former Georgetown tennis coach Gordon Ernst agreed to plead guilty after being accused of accepting bribes to designate at least a dozen tennis players, some of whom did not play competitively, as recruits between 2012 and 2018. He’s agreed to a sentence of at least one year and up to four years, according to the Justice Department, and will have to forfeit $3.4 million. According to Georgetown’s policy on the recruitment of student-athletes, amended on June 21, 2020, coaches and staff cannot discuss fundraising with prospective student-athletes during the recruiting process, and “no coaches or staff of the Department of Athletics may receive anything of value from a recruited student-athlete, the student’s family or representatives, or college counseling or recruiting services.”

Is this all real change, or just lip service? TIME reached out to seven schools—Yale, Stanford, USC, UCLA, Georgetown, the University of Texas and Wake Forest—where coaches and/or athletic officials were accused of taking money to mark students as athletic recruits. We sought interviews with athletic or admissions officials who could describe in detail how athletic admissions protocols had changed, and how checks and balances had been enhanced. None of these schools made anyone available for an interview. Stanford, USC, UCLA, Georgetown and Texas referred us to statements or documents describing policies. At Texas for example—former Texas tennis coach Michael Center pled guilty to fraud for accepting a bribe to tag an applicant as a tennis recruit—coaches must provide a written assessment, to be reviewed by “athletic department leadership,” of a recruit’s accomplishments before recommending admission. Yale and Wake Forest did not respond. TIME asked the schools if any official in the admissions office was tasked with independently verifying the sports credentials of recruited athletes presented for admission. Such a policy could add an extra layer of protection against fraudulent athletic department activity.

While USC, Stanford, Georgetown and Texas have added layers of verification, no one outside of athletics is specifically charged with certifying the sports credentials of applicants. UCLA, Yale and Wake Forest did not offer clarity on this point.

Across schools in general, “as far as we’re aware, there are no actual and concrete steps for verification,” says Allen Koh, CEO of Cardinal Education, an admissions consulting firm. “There is no actual audit system. The definition of audit, you have to have someone with no vested interest to independently verify things. And so, to our knowledge, there has not been a concrete audit system that has been implemented.” The potential for another Varsity Blues scandal, says Koh, “has not been eradicated.”

Read More: What to Know About Netflix’s Operation Varsity Blues—and the College Admissions Scandal That Inspired It

According to Jamie Beaton, co-founder and CEO of college admissions consultancy Crimson Education, elite schools with abundant resources—like the ones with coaches and athletic officials involved in the Varsity Blues affair—are taking pains to ensure that sports recruits are legit. Colleges don’t like being associated with FBI probes. But across all schools, says Beaton, “the frequency of verification prior to Varsity Blues, and the frequency of verification post-Varsity blues, doesn’t appear to have changed that much.”

A September 2020 report from the California state auditor found that at four University of California campuses—UC Berkley, UCLA, UC San Diego and the University of California, Santa Barbara—”the campuses’ weak athletics admissions process” led to the admission of 22 applicants, “even though they possessed little athletic talent.” Further, the report said that the number of phony athletes admitted to these schools from the 2013-2014 through the 2018-2019 academic years was most likely higher. “It is unlikely that the 22 applicants we found represent the true number of applicants whom coaches falsely identified as prospective student athletes to gain the applicant’s admission because of their connections to donors or influential individuals,” the audit said.

The audit offered several recommendations for University of California campuses, to be implemented by the fall 2021 admissions cycle. Among them: at least two reviewers should verify the athletic abilities of student-athletes before admittance, and at least one of those reviewers should work in a department other than athletics. Also, the state auditor suggested that schools track student athletes’ participation in the sport for which they were recruited: if a student fails to participate in the sport for more than a year, an official should investigate the reason the athlete is no longer on a roster, in case improper admissions activity is at play.

As of March 2021, according to the state auditor’s office, the status of these recommendations was still “pending.”

Even if colleges do adopt better vetting procedures to verify student-athletes, the system is still stacked in favor of the wealthy. Admissions spots in low-revenue sports like rowing and water polo still largely go to well-off families who can access these relatively expensive pursuits—whether or not the athletic talent of these recruited athletes are real. “We have a lot of recruited athletes and some of them have different private professionals helping them,” says Koh. “You’ve got a nutritionist, you’ve got a strength coach, you might get a mobility coach.” Such services add to the cost of chasing a spot on a college team. And as pressure grows on coaches, post-Varsity Blues, to vouch for the abilities of their athletes, the importance of traveling to national showcase tournaments where coaches are scouting only increases. Higher-income parents can better afford to send their children to such events. “For a lot of these kids, they are leaving school after lunch on Fridays and flying somewhere and hopefully get a decent night’s sleep for the Saturday-Sunday tournament,” says Koh.

So Varsity Blues might cut down on fake athletes slipping through the admissions cracks in the future. But when it comes to inequality in college sports admissions, the game hasn’t really changed. 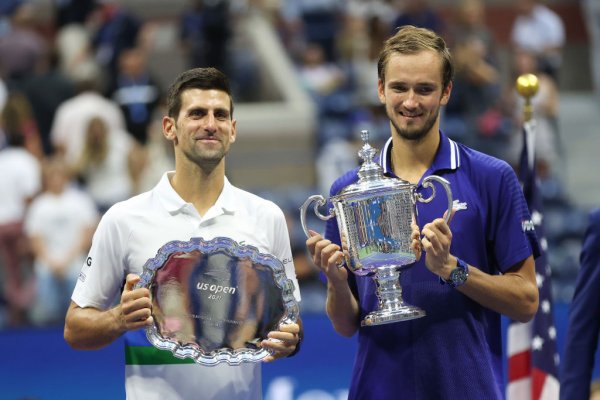 Why a Grand Slam Was Too Much to Ask
Next Up: Editor's Pick