The logo of Chinese property developer Evergrande is seen on top of a skyscraper on Oct. 5, 2019, in Shenzhen, China
Alex Tai/SOPA Images/LightRocket via Getty Images
By Charlie Campbell /Shanghai

When Chinese home-buyer Zhiwei decided to purchase a luxury apartment at a development named Australia Villas back in 1997, it was billed as the apex of affluence.

Located outside China’s southern megacity Guangzhou, the sprawling complex was to have 292 buildings, including a gymnasium, spa, cinemas, and a private school. Boutiques and restaurants would dot its 2,000 acres, sales staff said. Impressed, Zhiwei stumped up $21,000—a huge sum 24 years ago, when the average annual disposable income in China was less than $650.

But things quickly went awry. The developer went bust in 2001 leaving most homes unfinished. Buyers with means swallowed the loss, but those without anywhere else to go, like Zhiwei, were forced to move into the concrete shells of their unfinished homes, living without gas, electricity and, in some cases, even windows.

“The whole area is thick with weeds, you can sometimes see snakes slithering on the sidewalk, and outdoors we are savaged by swarms of mosquitoes,” says Zhiwei, who asked to use a pseudonym for fear of jeopardizing ongoing negotiations with the developer and local government. “As the houses are unfinished, we can’t even get [approval] to sell them.”

Two decades on, many people still live amid the vine-entangled, mildewed structures, planting vegetable gardens and rearing chickens on what were supposed to be ornamental lawns. More than 2,000 homeowners like Zhiwei are still waiting compensation. “After fighting for our rights for more than 20 years, many owners are getting old, and even the youngest have been retired for several years,” she says.

And yet this cautionary tale has had no impact China’s gangbusters real estate market, which today remains the world’s biggest. In the year ending June 2020, about $1.4 trillion was invested in Chinese housing, even allowing for a fleeting dip due to the pandemic. That dwarfs the $900 billion invested in real estate at the peak of the U.S. property boom of the 2000s. Today, real estate makes up 29% China’s GDP.

But alarm bells rang this week, with the news that the world’s most indebted real estate developer, Evergrande, is struggling to make loan payments on its more than $300 billion in liabilities—a sum roughly equivalent to the public debt of Portugal. On Tuesday the firm, based in the southern city of Shenzhen, said it was under “tremendous pressure” and warned there was no guarantee that it would be able “to meet its financial obligations.”

That was crushing news for the roughly 1.5 million people who have put deposits on Evergrande homes that have yet to be built.

Police officers survey people gathering at the Evergrande headquarters in Shenzhen, China on Sept. 16, 2021, as the Chinese property giant said it was facing "unprecedented difficulties" but denied rumors that it was about to go under.
NOEL CELIS/AFP via Getty Images

What impact could Evergrande have on China’s financial system?

Fearing a fate like Zhiwei’s, scores of furious protesters besieged Evergrande’s headquarters this week in a show of public discontent not usually tolerated under China’s strongman, President Xi Jinping. Some even shared photos online of the family graves of Evergrande founder Hui Ka Yan, located at his ancestral home in the central province of Henan, exhorting people to go and vandalize them.

Analysts are concerned. “Evergrande’s collapse would be the biggest test that China’s financial system has faced in years,” Mark Williams, chief Asia economist at Capital Economics, wrote in a Sept. 9 briefing note.

Not only would a collapse be catastrophic for investor confidence, it would also reflect poorly on the ruling Chinese Communist Party (CCP). Under President Xi Jinping, the CCP has sought to rein in excessive wealth, reduce market risks and lower income inequality through a new campaign for “common prosperity.” But Evergrande—one of China’s largest corporations—is a problem that has worsened under Xi’s watch.

The burning question is whether he will allow Evergrande to fail, potentially unleashing ripples of financial turmoil and further protests. At the very least, “Financial issues at the group are likely to cause contagion effect in the banking sector,” Angus Lam, a senior economist at IHS Markit, tells TIME by email.

Read more: What the Crackdown on China’s Big Tech Firms Is Really About

Yue Yuejin, research director for the E-House China research institute, says that unless there is social unrest “simply bailing out the enterprise wholesale will not happen.” But “there may be possible interventions such as the introduction of strategic investors or active coordination of asset sales.”

It’s precipitous fall for Evergrande, which until recently was China’s second largest developer with nearly 900 completed commercial, residential and infrastructure projects. It had grown extremely bloated, swelling to some 200,000 staff as it made a bizarre array of loss-making forays into bottled water, electric vehicles and other sectors. It also invested hundreds of millions of dollars in its own soccer team.

Hui, who founded the firm in 1997, was listed as China’s third-richest man by Forbes last year, but his wealth has plummeted in recent months. Evergrande’s shares have nosedived 81% since the beginning of the year, with the current crisis prompted after a series of downgrades of its bonds.

On Monday, shares of Evergrande’s electric car unit plunged as much as 26% in Hong Kong after canceling plans for a secondary listing in Shanghai, taking their decline this year to some 94%. The subsidiary has lost more than $84 billion in market cap from its April peak when it was valued at even more than Ford despite never producing a single vehicle.

Investors are growing increasingly jittery that a collapse could spread to other property developers, revealing systemic vulnerabilities. Each year, China builds about 15 million new homes—over five times those in America and Europe combined—yet a quarter of the current stock already lies empty, with forests of unoccupied tower blocks ringing many second and third-tier cities. In 2021, Chinese developers were exposed to more than $100 billion in bond repayments, while 10% of outstanding bank loans to non-financial clients globally have been made in China’s property sector. According to court filings, 228 real estate firms went bust in China during the first half of 2020 alone.

The crisis does not stand to be anything like as bad as America’s 2008 sub-prime mortgage crisis. A key feature of China’s property market is that many buyers pay the full price upfront rather than relying on mortgages. Of course, buyers may now be much less likely to trust real estate firms with such large sums, but defaults shouldn’t lead to the snowballing effect that the U.S. experienced.

There are also some positives when it comes to China’s housing market. Whereas affluent Chinese once wanted to invest overseas, they now see China as a safer bet than foreign nations still in the grip of the coronavirus. Demand for new homes in good locations is so high prospective buyers must enter lotteries for the right to purchase one, with odds at some sought-after developments as low as 1 in 60. Social attitudes also place a strong emphasis on home ownership, with 81% of Chinese believing that buying a home is a must before marriage.

But the next few days will be critical. Evergrande has already missed quarterly debt interest payments and a $83 million bond interest payment and has various suppliers waiting. Instead of cash, a $34 million debt to a paint supplier is reportedly being repaid by apartments in housing complexes that won’t be finished until 2024. Such wheeling and dealing is hardly sustainable. On Monday, Bloomberg reported that tens of thousands of Chinese households risk being sucked into the unraveling after the embattled developer missed payments on investment funds sold through shadow banks. Evergrande “always had a reputation for creative financing,” says Dinny McMahon, an analyst on China’s real estate market for the Trivium China analysis group.

Many ordinary Chinese are now wondering if they will pay the price. Around 78% of the wealth of urban Chinese is in residential property, versus just 35% for Americans, who prefer to invest in financial instruments and pensions. Were Chinese home prices to drop significantly in the wake of the Evergrande affair, it would shrink the primary assets of the world’s largest middle class, sending shudders around the globe.

Says McMahon: “Hedge funds a decade ago were telling me it’s only a matter of time before Evergrande topples over.” 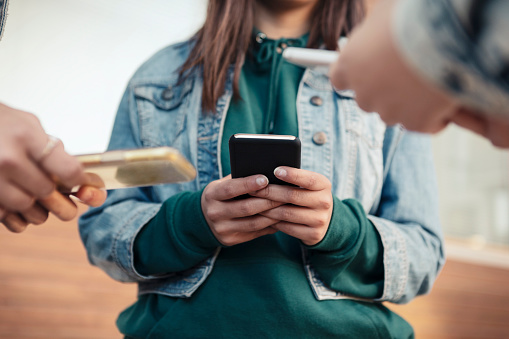 Wall Street 'Journal's Facebook Files: Here's What to Know
Next Up: Editor's Pick