I Tried Lab-Grown Fish Maw. Here's Why It Could Help Save Our Oceans

I’m an avid surfer and a certified scuba diver, and spending so much time in the water means that I’m keenly aware of the impact that human activity is having on the ocean ecosystem. It sometimes feels like it’s more common to see plastic bags in the water than sea life.

So, I was excited this week to try lab-grown fish—a new product that could help address at least one major problem facing the world’s oceans: over-fishing. Hong Kong-based Avant Meats offered a public tasting of cultivated fish, which its scientists had grown in their laboratory using the cells of real fish.

Startups around the world are racing to raise money to commercialize cultivated animal protein—ranging from beef to kangaroo. While lab-grown beef might help offset carbon emissions and reduce animal cruelty, the rollout of cell-based fish protein, shellfish and other seafood could be an important innovation to protect the ocean’s incredible biodiversity.

One of ‘four treasures’ of Chinese cuisine

Avant Meats has a unique approach to its lab-grown seafood business. Not content to just mass-produce lab-grown fish fillets, it has focused on developing prized delicacies, especially fish maw. Fish maw, sometimes referred to as the swim bladder, is an organ that helps a fish control its buoyancy. It’s considered one of the “four treasures” of Chinese cuisine. (The others are abalone, sea cucumber and shark’s fin, the consumption of which has caused shark populations around the globe to plummet).

“We are the first company working on cultivated fish in Asia,” says Carrie Chan, the co-founder and CEO of Avant Meats. “We wanted to do something very emotionally connected with the people in this part of the world.”

Fish maw is mostly eaten on special occasions; I tried it years ago at a friend’s wedding banquet dinner. Fish maw itself doesn’t have a strong flavor. Instead, it tends to pick up the flavors it’s cooked in. The yellow croaker fish maw in the soup chef Eddy Leung had prepared for us on Tuesday tasted similar. It had a spongey, chewy texture.

“The texture is similar to the real fish maw before it’s cooked…It is sticky, it has gelatin,” says Leung. “But when you eat it, it doesn’t yet have the kind of stickiness the real ones do.”

Avant Meats also let us sample a cultivated fish fillet, derived from a grouper. As a former vegetarian, I’m still squeamish about eating living things. But I didn’t feel guilty about eating meat that was never actually a living, swimming fish. The fillet tasted like the real thing, but it still has a way to go. Instead of flaking like real fish, it had a starchier consistency, more like gnocchi.

To make the food we tried, the company took cells from a real fish, fed them nutrients and incubated them until they began to replicate. Some of those cells were then placed on what’s called scaffolding—plant-based materials that give the cells shape as they grow.

Scaling up production, scaling down cost

One of the biggest challenges facing cell-based companies is that, like most new technological developments, it’s really expensive to produce.

It initially cost Avant Meat around $900 to produce a pound of lab-grown fish. The company has already brought its cost down to about $70 per pound, and Chan believes Avant can reduce its costs to $14 to $18 per pound in the next 12-18 months as production scales up.

“The key is: Can you produce enough fish from cellular production that you displace wild capture or traditional or conventional farmed fish?” Arlin Wasserman, the founder of the sustainable food consultancy Changing Tastes, tells me.

This is where focusing on fish maw and other high-end ingredients could make lab-grown seafood economically viable faster. A bowl of fish maw soup in a nice restaurant in Hong Kong costs around $30, while braised fish maw at the city’s three Michelin star Lung King Heen restaurant costs around $470.

Read More: The World’s Oceans Are in Trouble. And So Are Humans, Warns U.N. Report

If cell-based seafood takes off, it will be good news for the world’s oceans. More than 30% of stocks are now being fished at biologically unsustainable levels, according to the Food and Agriculture Organization of the United Nations (FAO). Massive quantities of unwanted fish and other creatures like sea turtles and dolphins are accidentally captured while fishing for species meant for human consumption.

Fish maw has had especially devastating ripple effects. The swim bladder of the totoaba fish, native to Mexico, is especially prized; it’s sometimes referred to as the “cocaine of the sea” for its astronomical prices. Totoaba fishing was banned in 1975, but illegal gillnets are still common. They also ensnare vaquitas, the world’s smallest porpoise. Now, it’s estimated that there are only nine vaquitas left in the world.

Avant Meats’ innovation could help relieve the pressure that growing demand for rare delicacies has put on ocean habitats all over the world. Texture aside, I’m excited to see cell-based meats getting closer to becoming a reality.

Avant Meats’ concept will be put to the test very soon. At a time when most companies are still working to bring their products to consumers, Avant Meats plans to sell its first products to the public sometime next year. The company is also working on a fish-based ingredient to be used in skincare products, and it plans to branch out into other meat, including sea cucumber, soon. 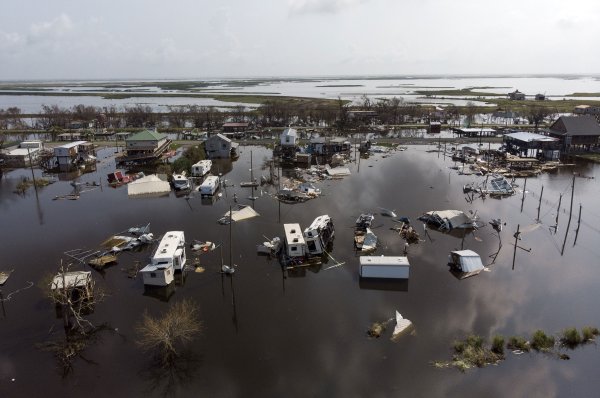 Cities Have Firefighters and Trash Collectors. As the Climate Breaks Down, Do They Also Need Resilience Corps?
Next Up: Editor's Pick