Conservationists say they have found a dead vaquita porpoise, a critically endangered marine animal of which only about 10 remain in the world, in a fish net off the coast of Mexico.

On March 12, crew from environmental group Sea Shepherd set out on patrol ships in the Gulf of California when they spotted an unidentified white animal trapped in an illegal gillnet, an apparatus used to trap fish by their gills.

The animal was believed to be the endangered vaquita, but its severely decomposed corpse made it difficult to identify. Preliminary photos sent to experts confirmed that its body matched that of a vaquita porpoise.

The vaquita is listed as a “critically endangered” species on the International Union for Conservation of Nature (IUCN)’s Red List of Threatened Species.

A report published by the IUCN on March 6 states that only about 10 vaquitas remained alive in 2018, as per an acoustic monitoring program conducted in the Gulf, though there is a 95% chance they number between 6 and 22.

According to Sea Shepherd, gillnets threaten the vaquita porpoise with imminent extinction. Used to target the totoaba fish, also a critically endangered species of a similar size to the vaquita, the nets are a “perfect death trap.” The totoaba fish is caught largely for its swim bladder, and its numbers have been severely reduced due to overfishing in recent decades.

Some had previously argued that gillnets are not a threat to vaquitas and other cetaceans.

“If there were any reservations about totoaba gillnets being a great danger for vaquitas and other cetaceans, despite ample proof in the past, this event should definitely leave no room for doubt,” said Sea Shepherd Director of Marine Operations Locky Maclean.

In the report, the IUCN called on the government of Mexico to expand net removal efforts to maintain the area where the last few vaquitas remain as a net free zone, and in the long term, to support vaquita-safe fisheries to conserve the species.

“Without immediate, effective action on the part of the Government, the vaquita is doomed to extinction,” the report adds. 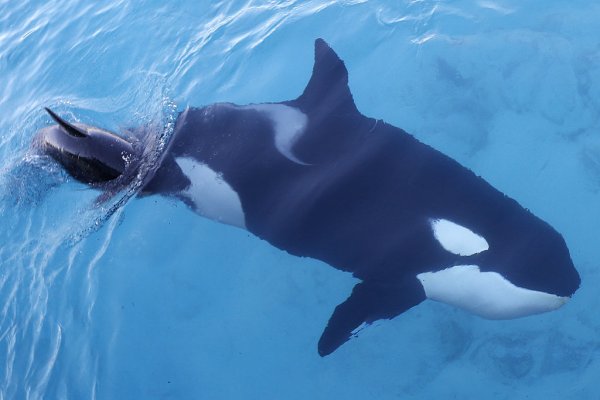 Scientists May Have Discovered a New Kind of Killer Whale
Next Up: Editor's Pick