The U.S. Turned Away Jewish Refugees in 1939. We Must Not Repeat History With Afghans Fleeing the Taliban

An Afghan family rushes to the Hamid Karzai International Airport as they flee Kabul, Afghanistan, on August 16, 2021.
Haroon Sabawoon—Anadolu Agency/Getty Images
Ideas
By Frank Sobchak and Mark Jacobson
Frank Sobchak is a retired U.S. Army Special Forces Colonel and a contributor at the MirYam Institute.
Mark R. Jacobson served as the first Deputy NATO Senior Civilian Representative – Afghanistan and is an assistant dean at Syracuse University’s Maxwell School of Citizenship and Public Affairs.

In May 1939, more than 900 Jewish refugees boarded the MS St. Louis in Hamburg, hoping to flee Nazi Germany for the relative safety of Cuba. Due to the restrictive immigrant quota system in the United States, they hoped to wait on the island until they were approved for entry into the U.S. Despite paying for landing permits in Cuba, they were prevented from disembarking and the ship set sail in search of sanctuary. For days, the St. Louis circled off the U.S. coast, with its passengers desperately hoping for asylum. When supplies ran low and the U.S. refused to make exceptions to its immigration policies, the St. Louis returned to Europe. More than 250 of its passengers were later killed during the Holocaust.

Without a doubt, the situation in Afghanistan is distinct from the Holocaust in scope, brutality, and the depths of its evil. But the choice America faces today and the principles at play are the same as in 1939. Now, like then, we know that if we turn away refugees, many, including those who fought shoulder to shoulder with us, will face certain death.

Like the refugees on board St. Louis, who got so close to freedom they could see the shorelines of America, many Afghans made their way within sight of the gates of Hamid Karzai International Airport only to be barred from eventual safety. Many lost the necessary forms in the rush to escape. For some, even having an approved special immigrant visa or being on a flight manifest was often not enough to gain entry. Others simply arrived at the wrong gate at the wrong time. Some were trampled to death as they waited for gates to open or as they moved to one that was. Others who assisted the U.S. during the war never made it that far and were reportedly executed by the Taliban. In the end, the U.S. left too many of its allies behind.

There are other echoes of the St. Louis in the present response to the Afghan crisis. In 1939, bureaucratic organizations dragged their feet on visa applications and blocked pleas for President Roosevelt to intervene. Only through the involvement of individuals and private relief organizations such as the Joint Distribution Committee were some of the passengers granted asylum in the U.K. and other countries.

Read more: America’s Time in Afghanistan Is Up. What We Owe to Their People Has No Expiration Date

Likewise, during the past two administrations, our government has processed special immigrant visas at a glacial pace despite the pleas of Afghans, international relief organizations and American partners. The evacuation of our Afghan allies did not start in earnest until the government collapsed and chaos took over. Even then, the U.S. government provided too little information on how to escape and navigate the confusing requirements to obtain sanctuary. Like the refugees on the St. Louis, many Afghans attempting to escape were forced to rely on individuals and volunteer organizations. Often American veterans, former diplomats or other officials who were part of the conflict, created ad hoc groups to fill the gap of government failure.

American troops and civil servants risked and even sacrificed their lives to secure the Kabul airport and transport tens of thousands of Afghans to safety. They performed far beyond what could be expected in a nearly impossible situation. But with the withdrawal of U.S. forces complete, there is more to be done. The U.S. must commit to working with the international community and ensure that the Taliban allows at-risk Afghans to depart to third countries—including those who do not have passports, whose visas are in process or who had their documents destroyed by the Taliban. The State Department must also gain agreements from border countries so that Afghans can transit through them en-route to more permanent resettlement in the U.S. as well as support the financing and diplomatic agreements for charters to land in third countries. Finally, the White House must openly work hand-in-hand with the volunteers who have mobilized to help, as well as encourage the donor community to provide financial support to those organizations now assisting in resettlement efforts.

In the days ahead, the worsening humanitarian crisis in Afghanistan will present a choice to the American people and government. Will we live up to the enduring commitment to those who worked by our side that President Joe Biden reiterated on July 8 when he said to them, “there is a home for you in the United States if you so choose, and we will stand with you just as you stood with us.” Do our significant national interests continue to include defending human rights abroad? Can we live up to our ideals as a “shining city on a hill,” a nation that finds innovative solutions to accept the tired, the poor, and the huddled masses yearning to breathe free? Or will we turn our back on those in desperate need and create another shameful tragedy like the MS St. Louis? 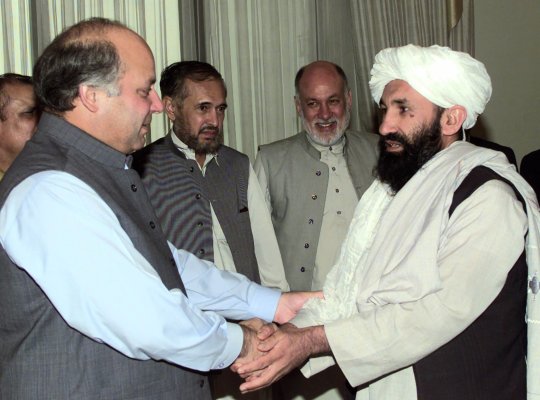