For many climate reporters, myself included, the arrival of Hurricane Ida brought a recognizable pit to the stomach. The details of the stories emerging as the storm barreled toward the Gulf Coast were new—of course—but they all had a familiar ring to them from the storms I’ve covered in the past decade. Ida offered an example of how climate change is making hurricanes stronger. The storm demonstrated the bigger trend of extreme weather harming the poorest the most. And the hurricane—like so many Gulf Coast storms before it—threatened the oil and gas infrastructure that powers much of the rest of the country.

Welcome to climate change. The details—the storm surge, the wind speed, the death count—are going to vary. But as the effects of warming become increasingly obvious, we’re going to see more events with the same recognizable features.

The growing frequency of big storms, wildfires and floods marks a notable shift for those who have been looking to explain what a warmer planet will look like. Throughout my time reporting on this beat, I’ve heard the argument over and over that the increase in climate change-linked extreme weather events would drive new recognition of global warming and help alter the political atmosphere. That could still happen. But now that those events are here, it also seems plausible that each one may become just another storm or wildfire in the eyes of the public, a second-tier story in the constant barrage of other news. The challenge for anyone who communicates about climate change to the public—journalists, scientists, activists and elected officials—is to find ways to use each weather event as an opportunity to grow public understanding rather than contribute to a collective tuning out.

This requires thinking differently. For me, and probably many of you reading this newsletter, big extreme weather events prompt almost immediate consideration of what role climate change might have played. I look at the numbers coming from NOAA and take note when researchers say they will be conducting a rapid attribution analysis to see if indeed climate change contributed.

This may be disheartening, and raises the question of how communicators on climate can connect the dots in a way that will advance the public discussion.

Many argue that repetition will do the trick even though it hasn’t moved the needle yet. While media outlets have done a better job connecting extreme weather events to climate change in recent years, it’s a relatively new phenomenon. And, the thinking goes, it will take years of hearing the same message repeatedly before everyday people begin to connect the dots on their own. “We need to repeat, repeat until we’re so sick of hearing the same words come out of our mouth,” says Anthony Leiserowitz, who runs Yale University’s Program on Climate Change Communication. “And yet that may be the very first time somebody’s ever hearing it.”

Others say the only way to advance public understanding is to focus on solutions while others still say communicators need to localize the problem, talking about the impacts on the ground in each individual community. Can the circle be squared? One approach is for climate communicators to continue repeating the key role climate change plays in worsening extreme weather while finding new angles to inform the public about the breadth and depth of how climate change is reshaping our society incorporating both problems and solutions. Ultimately, more people talking honestly about climate can only help. 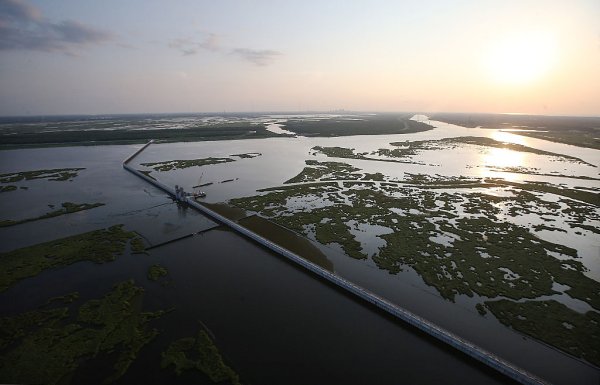 How Engineers Protected New Orleans From Hurricane Ida
Next Up: Editor's Pick