Is Hurricane Harvey Related to Climate Change? Scientists Have a Better Answer

As Hurricane Harvey approaches Texas, an old argument has again resurfaced about whether climate change is to blame.

In the past, scientists have had a rather unsatisfying answer for both environmentalists and skeptics, essentially saying that while climate change increases the frequency and severity of extreme weather, no individual event could be attributed to it.

But that may be changing.

Climate scientists now say that they can use models and historical data to evaluate with increased precision how global warming has affected the odds of a given individual weather event.

Known collectively as the World Weather Attribution group, a group of scientists formed in 2014 to conduct studies on the subject, developing a series of steps they have worked to perfect for case studies. The team begins every project with an announcement that it will undertake the project and a promise to publish the results, even if the impact of climate change on a particular event is shown to be negligible.

The researchers use both observational data and climate models to double check results.

In the U.S., observational data dates back more than a century from thousands of weather stations and provides a historical record of how the likelihood of extreme weather has changed occurred over time. The climate models go back further, essentially creating alternate realities that could have played out under prescribed conditions over centuries.

One notable example of an extreme weather event assessed by the WWA was flooding that occurred in Louisiana after an August 2016 thunderstorm. The storm lacked the high wind speeds to earn a designation as a hurricane and, at first, did not draw widespread attention.

But over the course of a week it dumped enough water—more than 30 inches in some places—to lead the Red Cross to declare it the worst storm since Hurricane Sandy in 2012. The extreme weather event killed 13 people and caused billions of dollars in damage.

To study it, researchers looked at data from more than 300 stations in a government database as observational data.

To run models quickly, the team used models NOAA had already run that could be analyzed easily. In this case, scientists look at weather conditions with manmade climate change and without. Running the simulation repeatedly gives a high-confidence model to assess how likely an event is to have occurred in a given year with or without climate change.

In southern Louisiana, as with many other locations around the globe, the likelihood of an extreme precipitation event has increased over the past century alongside carbon dioxide emissions. The WWA study found that climate change as much as doubled the chances of the Louisiana extreme weather event and at the very least increased the odds by 40%.

“You fit all the data together and ask what is the likelihood for a 100 millimeters, 200 millimeters of precipitation,” says study co-author Sarah Kapnick, a researcher at the NOAA. “As you get to higher and higher values of precipitation it becomes less and less likely without climate change.”

So far, scientists have not found an extreme weather event that could not have occurred without climate change, but they have found several instances where it multiplied the odds of one that occurred.

As extreme weather events increase in severity and frequency in the coming years, scientists say the odds are increasing that there eventually will be a storm that they can unequivocally say would not have occurred without climate change.

But the inability to say with certainty an individual storm was caused by climate does not necessarily mean that scientists should continue repeating the phrase that climate change cannot be blamed for individual storms, says Heidi Cullen, chief scientist at Climate Central and a study co-author. Cullen likens blaming climate change for extreme weather events storms to blaming a smoker’s lung cancer on smoking habits. A doctor cannot definitively and scientifically say that one patient’s smoking caused his or her lung cancer, but the idea that smoking causes lung cancer is widely accepted.

“Sometimes we put a burden of proof on the climate community that isn’t realistic,” says Cullen. “All of it is probabilistic.”

The science of attributing specific extreme weather events to climate change has come a long way since one of the first studies that made the connection, which evaluated the 2003 European heat wave. In recent years, the linkage has received a stamp of approval from the National Academy of Sciences and the National Climate Assessment, two scientific bodies that represent the consensus scientific view. The work has received the attention of the insurance industry, even if it has not yet begun a crucial component of their models.

But scientists remain committed to advancing their understanding. Attributing storms to climate change has a practical significance beyond the scientific novelty. The Red Cross often requests the analysis in the days following an extreme weather event to inform rebuilding efforts that often get off the ground just a few weeks after a storm. More broadly, understanding a storm’s precise link to global warming helps the public understand the risks posed by climate change. 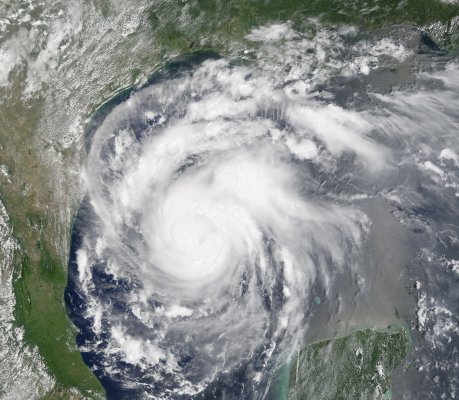 Why Hurricane Harvey Is So Scary
Next Up: Editor's Pick