Why Lorde’s Solar Power Is a Pop Oddity

As a pop star, Lorde stands out for many reasons: her reclusiveness on social media, her emotional acuity, her idiosyncratic dancing. But one of the key elements that makes her so distinctive from her peers is more theoretical: her use of the mixolydian mode.

Without getting too technical, the mixolydian is a type of major scale in which the leading tone—used relentlessly in pop music to build tension and yearning—is replaced by a flat seven. The mixolydian is a primary part of blues music as well as much of early rock: think the Beatles’ “Norwegian Wood” or the Doors’ “L.A. Woman.” But it’s much less common in modern pop music, to the point that it was nearly nonexistent in charting songs when Lorde brought it back to the top with the foreboding “Royals” in 2013. (You can read a more granular, precise definition of mixolydian on Stereogum.)

Four years after “Royals,” Lorde achieved similarly huge success with the musical mode on “Green Light,” which had fans marveling over her unnerving chord changes. And on Solar Power, Lorde’s latest album released on Friday, the New Zealand artist hurdles full tilt toward the mode that made her famous, toying with it on at least half of the songs. Her use of mixolydian is significant for several reasons: while it’s a key reason the album feels sunnier than her previous works, it also makes it feel more monotonous and light on conventional pop hits. For better or worse, the mode’s prevalence on Solar Power reveals a Lorde completely unbound from the prevailing pop approaches of the day, emphasizing her preferred status as an industry outsider marching to the beat of her own drum.

Read more: How Lorde Became the Life of the Party

How Lorde’s “Royals” and “Green Light” shook up pop music

For more than half a century, pop music has been dominated by a particular four-chord sequence that’s so popular, the songs that use it are now known simply as “four-chord songs.” Their overflowing prevalence was chronicled in a viral 2009 performance by the comedy group Axis of Awesome, in which they mashed “Let it Be,” “Take On Me,” “Poker Face,” “Don’t Stop Believin’” and many more into one song.

Four-chord songs feel familiar from the moment you hear them. They are pleasantly repetitive while containing enough movement and suspense to keep the listener interested; they also allow for nearly unlimited creation of different melodies up and down the simple major scale. On Oct. 5, 2013, right before Lorde ascended to the top of the charts for the first time, the number one song in America was anchored by that four-chord sequence: Miley Cyrus’ “Wrecking Ball.” Before that, the radio that year had been deluged with four-chord songs or minor variations to the formula: Pink’s “Just Give Me A Reason,” Florida Georgia Line & Nelly’s “Cruise,” Avicii’s “Wake Me Up,” Jay-Z & Justin Timberlake’s “Holy Grail.”

Then, out of nowhere came Lorde’s “Royals,” which caught on massively for many reasons: its arresting video, its poetic condemnation of materialism, its sleek electro-pop production. But the song’s mixolydian nature, and especially its use of the “double plagal cadence” (a chord sequence that can be heard in, for example, Lynrd Skynrd’s “Sweet Home Alabama”) was crucial to its uniqueness: it reinforced the 16-year-old Kiwi’s alienness, her detached cool, her mixing of influences and rejection of norms. The chord changes were a literalization of the “different kind of buzz” that the lyrics alluded to.

Mixolydian was supposed to be a part of a bygone era, in which blues-indebted rock sold millions of records: “Sweet Home Alabama” or “Sweet Child of Mine” were prime examples. “The four-chord progression is really strongly associated with more recent decades, while the double-plagal progression reaches way further back in pop history—like most of the examples I could name for you of double-plagal are from the ’60s, ’70s, and ’80s,” Megan Lavengood, an assistant professor of music theory at George Mason University, tells TIME. “It’s more associated with the bluesy rock and roll that was way more pervasive back then.”

But when the scale was transposed onto hip-hop drums and synth pads, the result was disconcerting and alluring—and the world couldn’t get enough. Lorde became the youngest solo artist to achieve a U.S. number-one single in 26 years.

A few years later, Lorde took her use of the mixolydian to new heights with “Green Light,” the lead single off her 2017 album “Melodrama.” “Green Light” starts with more conventional pop chords, but abruptly swerves into the double plagal cadence on the prechorus, creating the effect of two separate songs being grafted together. When she’s in the soaring prechorus and chorus, it’s difficult to pinpoint exactly where the home key is. The chord changes leave the listener in suspense and yearning, the aural equivalent of Lorde hanging out of her car in the song’s music video.

While the mixolydian of “Green Light” grabbed the ears of many listeners, Lorde proved she wasn’t a one-trick pony on the rest of Melodrama. “Writer in the Dark” is the only other song on that record that relies heavily on the mode, while the rest explores a wide terrain in terms of lyricism, sound and music theory. In particular, Lorde excelled in exploiting the juxtaposition between the major root and the minor sixth chord on songs like “Supercut” and “Perfect Places,” creating a sour-sweet effect aligning with her lyrical mood shifts and expansive vision.

Lorde goes all in on mixolydian in Solar Power

After another four-year hiatus, Lorde returned in June with a new single, “Solar Power.” The song received a mixed reaction upon its release, with many saying that it hewed too closely to two other pop songs: George Michael’s “Freedom! ‘90” and Primal Scream’s “Loaded.” Perhaps it’s not surprising that all three of those songs groove over the double plagal cadence. The consternation about “Solar Power’s” similarities to its predecessors was revealing: because the mixolydian mode is used so infrequently in pop music, people can easily pick up the chord progression when it reappears in new songs. By contrast, a similar discourse about being too similar to other songs did not emerge when 24Goldn’s “Mood,” essentially a four-chord song, broke out on TikTok and hit number one late last year.

Given that Lorde had kicked off her previous two album cycles with mixolydian anthems before retreating to more traditional pop fare, it wouldn’t have been a stretch to assume that this time around would have gone the same way. But the second single, “Stoned at the Nail Salon” was mixolydian, too, and contained similar melodic gestures to “Solar Power.” And when the album was released, the first song, “The Path,” was also mixolydian, along with several other tracks, in which producer Jack Antonoff’s blissed-out guitars hop back and forth between the root chord and the major chord a whole step below it.

“Overall I thought the tracks on the album sounded very similar to one another, and the double plagal is part of that for sure, but there’s other things as well,” Lavengood says. “The tempos are all pretty similar, a lot of the accompaniments are just guitar and no percussion, and Lorde is singing in a whispery tone for a lot of them.”

Other reactions to the record have been similarly tepid. In The Ringer, Rob Harvilla wrote that the album lacked any potential for pop hits as well as the “propulsion and the melancholy severity” of her past work. In Pitchfork, Anna Gaca lamented, “Most of Solar Power doesn’t solicit strong emotion in either direction. Shouldn’t an album about climate grief and puppy grief and social grief by one of the best pop songwriters of her generation make you feel something?”

While the reviews address many facets of the record, the descriptions feel symptomatic of Lorde’s overreliance on the mixolydian, the home key of jam bands and bygone blues rockers. While the mode has proved excellent for musicians locking into euphoric grooves, it been less successful toward producing depth or emotional drama; it was once Lorde’s superpower, but often feels like a crutch here, or even a shallow attempt to retread her biggest successes. Its effect is actually described quite well by the title of a new mixolydian Lorde song: “Oceanic Feeling.” To sit in that groove is to feel like you’re floating without a destination—and while Lorde clearly feels at home in the waves, many listeners feel adrift.

Given all that Lorde accomplished in her still-young career, however, it would be a mistake to rule out the potential impact of this creative choice. After all, BTS’s supersmash “Butter,” which hit the top of the charts in June, also uses mixolydian, while Billie Eilish slips the double plagal cadence into her new song “Getting Older.” Time will tell whether Lorde’s Solar Power is a pop oddity, or the precursor to the a once dominant mode coming back into vogue. 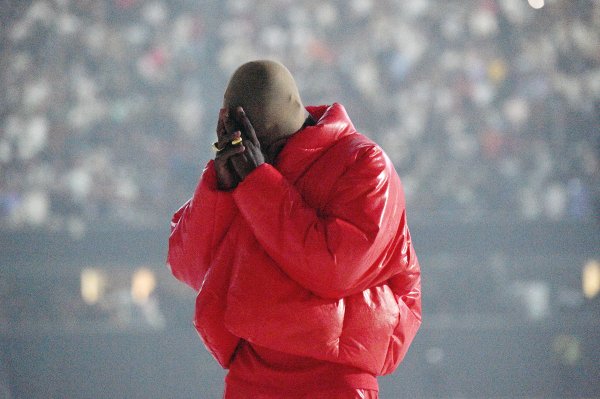 Everything We Know About Kanye West's Album 'Donda'
Next Up: Editor's Pick