Why Lorde Erased Nearly All of Her Social Media

Many fans were wondering what’s up with with Lorde this week.

The New Zealand singer-songwriter of Melodrama and “Royals” fame has mysteriously wiped her Instagram and Twitter feeds almost entirely clean over the last few days. (She left up two cryptic tweets, both dating to November 2017, and three Instagram posts from 2016, 2017 and this past spring.)

Lorde, whose sophomore album Melodrama came out in 2017, has been on a massive world tour over the past year. She’s scheduled to perform at a series of festivals around the world this spring and summer, kicking off with London’s All Points East Festival on May 26, and continuing on to events in Russia, Spain, Portugal and beyond.

Clearing out social media profiles often signals the start of a new era for an artist, and the beginning of a new album release cycle. (See: Zayn Malik, Taylor Swift.) But Lorde herself has already weighed in to clear up misconceptions around her social media activity, commenting on a fan’s Instagram.

“No stress just pulling back the curtain again for a moment… she’s a baby writer in search of a legacy… will keep u posted. Love u all so much more than u know,” she commented.

In response to another fan’s comment on the same post, she continued: “More than ok! Not needing to recover or pull back from u guys, it’s just what I feel is cleanest and most true to me as an artist & musician in 2018. Will still be creeping on u all and commenting, just not going to be posting endless content. Less is always more.” 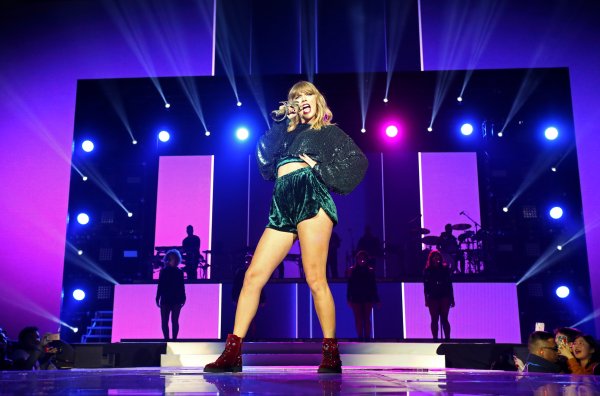 Taylor Swift Finally Addressed the Whole Snake Thing at a Concert
Next Up: Editor's Pick