First Came an Earthquake. Then a Hurricane. Now, Haiti is Bracing for an Outbreak of Disease

On Aug. 14, a devastating 7.2-magnitude earthquake hit southwestern Haiti, leaving 2,189 people dead, 12,268 injured and at least 332 missing. Days later, Tropical Storm Grace swept over the ravaged landscape, hampering the complicated search and rescue mission. Yet aid groups say this is only the beginning of the crisis.

The island country of nearly 12 million people has faced one disaster after another in the space of a few weeks. In July, President Jovenel Moïse was assassinated amid mounting allegations of corruption. The country has been struggling with poverty, disease and a fractured infrastructure since a catastrophic earthquake in 2010, which killed over 200,000 people.

Now another quake, followed by a storm, has left Haiti in pieces. According to U.N. estimates, 40% of the total affected population are in need of emergency humanitarian assistance. In some areas, up to 15 inches of rain led to flash flooding and landslides, blocking roads to communities in urgent need of relief.

“There’s a lot of death and a lot of destruction,” Ann Lee, the CEO of CORE, a community-oriented aid organization, tells TIME. “We’re slowly seeing the numbers come up and it’s a lot worse than what I feared.”

In the most affected areas—the regions of Sud, Grand’Anse and Nippes—around 61,000 houses were destroyed. Flooding from the storm has forced people to shelter inside unstable buildings.

Humanitarian workers are no less at risk. Wes Comfort, recovery and response lead at aid organization Heart to Heart International, told TIME his medical team chose to sleep on their car hoods. “Everyone is very wary of sleeping indoors. So last night we camped out and listened to the aftershock rattle the tin roof of the [mayor’s] office.”

Aid organizations now fear the deadly combination of landslides, falling debris and flooding will heighten the risk of disease to the local population.

The ongoing COVID-19 pandemic is also an immediate concern. Over the course of the pandemic, Haiti has reported 184 confirmed cases of COVID-19 per 100,000 people and 582 deaths. Yet, testing is very limited due to poor infrastructure; confirmed cases are likely higher.

But this week’s natural disasters risk escalating the spread of coronavirus through a barely vaccinated population. Haiti was the last country in the western hemisphere to receive COVID-19 vaccines, and took receipt of its first batch of 500,000 Moderna doses on July 16.

CORE had just opened several COVID-19 vaccine clinics when the earthquake hit. “They’re mostly in the western [part of the country],” Lee tells TIME. “We were spreading out to the south, and this happened. And this is going to cause a lot more difficulty being able to get out there as we had planned.”

Muhamed Bizimana, Assistant Country Director in Haiti at CARE aid organization, told TIME his team is concerned by the potential for another wave of COVID-19. “We are concerned that the environment created by the whole devastation [is] creating conditions for a new outbreak,” he said.

Aid organizations say they are encouraging people to shelter on their home ground rather than in crowded camps, which could further spread the virus. “This [the earthquake] only happened on Saturday. So now we are still in the incubation period,” Bizimana said.

Poor sanitation and damage to water systems are also sparking concerns about waterborne diseases. In Pestel, Grand’Anse, nearly 1,800 tanks of clean water were cracked by the earthquake.

Stagnant water from flooding also provides a breeding ground for mosquitoes. According to Dr. Maureen Birmingham, a representative in Haiti for the Pan American and World Health Organizations, the country had been making advances in malaria control before setbacks brought by COVID-19 and the political instability.

Birmingham says medical teams are on high alert for “diarrhoeal disease, respiratory disease, […] and skin problems” due to poor sanitation, poor hygiene, and crowded conditions. “[It’s] hard to say which is the most worrying one.”

Cholera is on everyone’s minds—the country’s first outbreak came after the 2010 earthquake, resulting in nearly 10,000 deaths. The waterborne disease continued to spread through the population, with a particularly significant increase after Hurricane Matthew in 2016.

According to a UNICEF report, the last confirmed cholera cases in Haiti were reported in February 2019. The risk, says Birmingham, is “very much on the radar.” 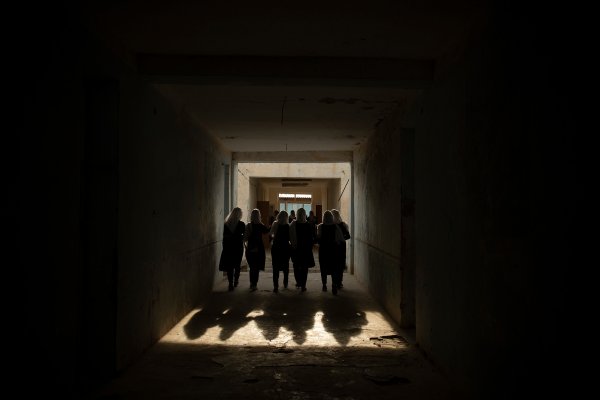 What Afghanistan’s Women Stand to Lose
Next Up: Editor's Pick