Tunisia Was the Only Success Story of the Arab Spring. Now Its Democracy Is In Jeopardy

Protesters and riot police clash during a demonstration held near Parliament in Tunis, Tunisia, on July 25, 2021.
Chedly Ben Ibrahim—NurPhoto/Getty Images
Ideas
By Ian Bremmer
Bremmer is a foreign affairs columnist and editor-at-large at TIME. He is the president of Eurasia Group, a political-risk consultancy, and GZERO Media, a company dedicated to providing intelligent and engaging coverage of international affairs. He teaches applied geopolitics at Columbia University’s School of International and Public Affairs and his most recent book is The Power of Crisis

Tunisia has carried an especially heavy burden over the past decade. It was the first country to cast out a longtime dictator as part of the Arab Spring revolts. And it’s the only one where democracy established a lasting foothold.

But all that is now in jeopardy because political pluralism has unleashed new waves of corruption, and political instability has destabilized a once strong economy. Now comes a constitutional crisis, as a president who claims to act on behalf of Tunisia’s people has grabbed power.

Over the past decade, living standards in Tunisia have fallen; a fragmented political class has prevented the country from developing any sense of direction. A series of coalition governments have come and gone in quick succession, new crooks have staked claims to pieces of the country’s wealth, and public frustration with corruption has only increased. Tunisia’s economy has grown by an average of just 1.8% per year since the Arab Spring to 2019. Terrorist attacks that targeted tourists, a vital source of economic growth, and then the pandemic, which dropped the GDP by 8.8% in 2020, have made matters much worse. Only about 12% of Tunisia’s 12 million people have been fully vaccinated, and there has been a recent surge of Tunisians immigrating to Italy.

In 2019, fed-up Tunisians elected as President a little-known political outsider named Kais Saied. Two weeks ago, Saied, a former professor of constitutional law who had clearly decided he’d seen enough of Tunisia’s political mess, fired Prime Minister Hichem Mechichi and suspended parliament for 30 days. He also announced his own war on corruption after granting himself the powers of the state prosecutor.

Opposition leaders have denounced these moves as a coup, and demonstrators on both sides of the issue have taken to the street. Saied is not exactly charismatic–he’s known jokingly as Robocop because he speaks in a soporific monotone. Yet a recent local poll found that 84% of Tunisians surveyed approved of Saied’s power grab.

It is just the latest example of a transition to democracy that creates enough chaos to build public support for a strongman. In neighboring Egypt, Hosni Mubarak was shoved aside in 2011 in favor of elections that briefly brought to power the Muslim Brotherhood’s Mohamed Morsi in 2012. But Morsi was toppled by a military coup after just one year in power. Further afield, many of the Russians who cheered Boris Yeltsin’s bid to create an independent Russia found that democracy was not what they had hoped for. A suddenly unshackled press was free to report on the frightening hyperinflation, unemployment and official corruption that left many Russians eager for a restoration of order. Since Vladimir Putin assumed power two decades ago, Russia has become a democracy in name only. It’s far too early to know if Tunisia is headed in a similar direction.

The more immediate danger for Tunisia is that its democracy and constitution are too untested to provide a clear path forward out of this crisis that the opposition can accept. Saied claims he has a mandate to rule by decree until he appoints a new Prime Minister. The largest opposition group, the moderate religious Ennahda party, claims the number of seats it won in the most recent parliamentary elections gives it the right to choose who will lead the next government. The constitution says this issue must be resolved by a special court, but it doesn’t specify who is allowed to sit on that court.

For now, Kais Saied is in charge. But unless he delivers the sense of security and hope he has promised, the goodwill won’t last. 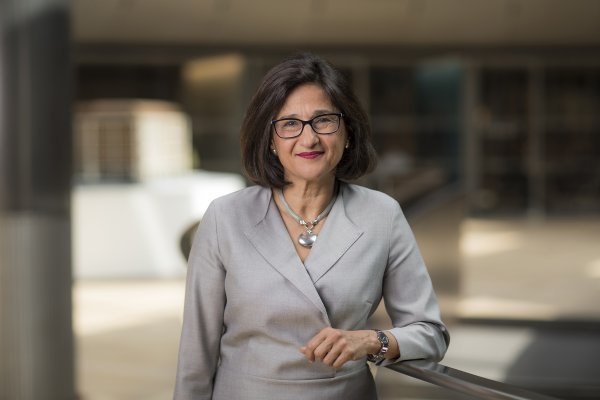 A Top Economist on Why We Need a New Social Contract
Next Up: Editor's Pick