Andrew Cuomo Is Calling It Quits in Albany. But the Political Dynasty May Endure

Back in the 2016 presidential race, we watched for months as Jeb Bush repeatedly fielded the same question during his run for the Republican Party’s nomination, a prize won by both his father and his brother. Jeb Bush would stand with respect and explain to whatever shop manager in rural Iowa or business owner in suburban New Hampshire that he—and no one else in his family—was on the ballot that year.

So it went for months. And poll after poll showed Bush miserably shedding his front-runner status. It was his surname, more than his undeniable smarts, that defined his credibility for years, and suddenly, it wasn’t working. As I sat in a lakeside hotel ballroom one night back in January of 2016, I noticed a marked shift in how Bush was talking about his family, now leaning into it a bit and hoping some of the glow could be found. A few weeks later, the whole gang rolled out to the campaign trail. I met his mother in our shared hotel’s lobby in Concord, N.H., and watched as former President George W. Bush donned an oversized “Jeb!” button in South Carolina, a state that set him on course to become the 43rd President of the United States. Jeb Bush ended his bid in Charleston, S.C., on primary night, surrounded by veterans of the two elder Bushes’ campaigns. The presidential hopeful went home fatigued by the talk of, well, Bush Fatigue.

The campaign of 2016 made it crystal clear Americans were frustrated with power accumulated in the hands of a few families. TIME summarized the sentiment of Americans thusly in a 2015 cover story by Nancy Gibbs and Michael Duffy: “Is America really so bereft of plausible candidates that for the ninth time in 10 presidential elections, a Clinton or a Bush may be on the ballot?”

Dynasties have long been seen in some circles as a disadvantage, not an appeal. The Bushes may be the most recent to feel the dynastic drag, with one member failing to advance to a House runoff last year and another getting snubbed despite aggressive courtship of Trump this year. But ask Hillary Clinton how she enjoyed the constant stream of questions about her husband, the former President, during her two Senate races and two White House runs. In some voters’ minds, she was simply still Mrs. Clinton from the 1990s, not a globe-traveling hero to women and girls, an accomplished diplomat or tough-elbowed Senate negotiator.

More and more, Americans seem to have had with the likes of Bushes, the Clintons, the Kennedys, the Romneys, the Udalls and the Tafts. The name alone can’t get the win the way it used to. In fact, it draws added scrutiny. And you can’t help but feel like Enough already with these people.

Now, the Cuomos sit freshly atop that ill-sought list. New York Gov. Andrew Cuomo announced his resignation yesterday, ending what had been a dizzying fall from grace and his quest to secure his father’s unrealized dream of a fourth term in the governor’s mansion. The one-time darling of the coronavirus pandemic—he won an Emmy for his daily COVID-19 press briefings—was held to account for allegations detailed by the New York Attorney General’s Office. With no pals left in Albany, or anywhere in Democratic politics, really, he faced the reality that he couldn’t stay in power despite his dynastic advantages.

That’s where dynasty can be its most troubling: the inevitable comparisons to the forefathers and often penance for their political crimes. The elder Cuomo stole the show at the Democrats’ 1984 convention but ultimately failed to run for President in 1988 and 1992, earning him the nickname “Hamlet on the Hudson.” His son was seen as someone more willing to take that risk, and the rise of the “Cuomosexual” during the pandemic only fueled that moxie. Mario Cuomo’s charisma and oratory could carry the day in his heyday. Now? His son’s political talents were not enough, even if he believed he was telling the truth in his denial.

Ultimately, though, the younger Cuomo appears to have made serious errors—and keeps making them. Even in announcing his resignation, he remained defiant and said he’s always been too familiar with those around him, a clumsy attempt, perhaps, at trying to salvage what’s left of his political reputation. “In my mind I’ve never crossed the line with anyone, but I didn’t realize the extent to which the line has been redrawn,” Cuomo said. “There are generational and cultural shifts that I just didn’t fully appreciate. And I should have. No excuses.”

All members of dynasties insist they want to stand on their own merits, not family laurels. Well, Andrew Cuomo is facing a reckoning of his own alleged conduct and no family glow could stop the stream of defections inside a party that once considered him a prince.

But members of dynasties also seem unable to accept their time is past and seem predisposed to find a way to survive. There seems to be something in their DNA—a call to service, an ego, a sociopathic need to be loved—that compels them to do the tough, low-paying work in politics, at least for a while. Former Senators Gordon Smith, Mark Udall and Tom Udall all served in the Senate, and Sen. Mike Lee is still there; they are all cousins. Former Gov. Mitt Romney, the son of a Governor father and Senate candidate mother, went from one-term Governor to two-time losing presidential candidate to effective Senator. The talk of Chelsea Clinton’s and JFK grandson John Schlossberg’s political prospects pop up from time to time. And some are trying to create a new dynasty of Trumps in politics.

Which is why everyone declaring Cuomo’s political future over should consider which is stronger: Americans’ distrust of powerful families, or their love of a good redemption story? After all, Al Franken resigned from the Senate amid bone-headed photographs of him pretending to grab a sleeping woman’s chest but is slowly coming back into good graces. The cultural rehabilitation tour is a fixture of Hollywood fixers’ toolboxes. Americans can often be persuaded to give a second chance, particularly when it is a man trying to reinvent himself. Couple it with finishing his father’s dream of a fourth term, a new mythology in the Cuomo dynasty may emerge. After all, our political memories are short and fungible. 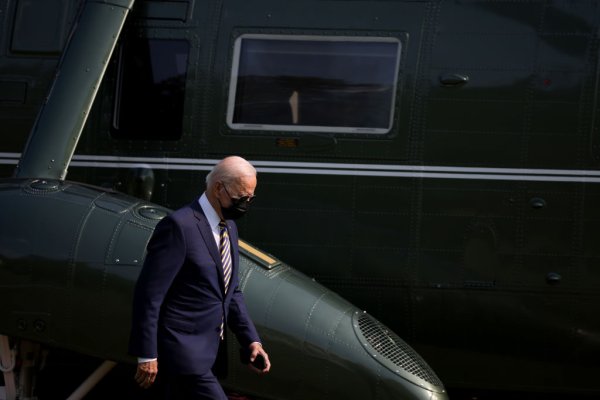 You’re Not Imagining It: Biden Is Building His Team Slower Than Recent Presidents
Next Up: Editor's Pick