Populations are Booming in Flood-Prone Areas—Especially in Developing Countries

The number of people living in flood-prone areas is growing faster than in other places, and at a much faster rate than scientists had previously expected, a study published Aug. 4 in the journal Nature finds. It’s a worrying sign that human settlements are not prepared for increased flood risks in the climate crisis.

Researchers at Cloud to Street, a flood-tracking platform, used satellite images to estimate the scale of 913 large flood events across 119 countries, and the number of people exposed to them. They found that between 2000 and 2015, the total population living in areas exposed to flooding grew by between 58 and 86 million. That’s a growth rate ten times higher than estimated by previous studies, which relied on modeling rather than satellite imagery to assess the number of people exposed to floods.

Overall, the population of flood-prone areas increased by 34.1% between 2000 and 2015, according to the report, while the total global population grew by only 18.6% over the same period.

This summer has brought new attention to flood risks in developed countries. Within a matter of days in July, entire streets were swept away in Germany and Belgium, where the heaviest rains to hit northwestern Europe in generations killed more than 200 people, and a “once in a 1,000 year” flood killed more than 300 people in eastern China. Widely circulated images of the devastation, and of lesser disruption to subways in New York and London, have renewed calls in many countries for improved flood warning systems and better infrastructure to keep people safe during heavy rains.

But generally speaking, it’s developing regions where people are most vulnerable to floods —and where the population at risk is increasing fastest. Researchers found the largest and fastest growing number of people at risk from floods in south and southeast Asia. Top of the list was the Indus River basin in Pakistan, where up to 19.9 million people were living in flood-prone areas by 2015, a 36% jump from 2000. In the Ganges-Brahmaputra basin between India and Bangladesh, 134.9 million people were exposed to floods by 2015, a 26% increase. And in the Mekong basin, covering parts of Vietnam, Laos, Cambodia and China, up to 32.8 million people are exposed, an 11% increase from 2000. Western Africa, southern Africa, and Central America saw sharp increases in the proportion of their populations exposed to floods, researchers found.

The population booms in these region’s flood-prone areas can be explained by failures in urban planning and housing provision, says Beth Tellman, Chief Scientist and Co-founder of Cloud to Street, who led the study. In many developing countries, the scarcity of public housing programs and other financial support forces people to settle informally on land that is hazardous and therefore not being used by the formal housing market. It’s a particular problem in countries that are rapidly urbanizing, Tellman says. “It’s not as though people necessarily have a choice about wanting to live in a risky area, but it might be the only type that they’re able to afford.”

Many of the world’s more developed regions managed to move people out of flood-prone areas between 2000 and 2015, by using tools like zoning laws and buyouts for people with homes in risky areas. Western and northern Europe, East Asia and North America all managed to slightly reduce the proportion of their populations exposed to floods, according to the study.

Climate change is expected to increase the number of floods worldwide. For one thing, warmer air can hold more moisture—7% more for every 1°C temperature increase. For another, the melting of ice caps is driving sea level rise and putting pressure on water management systems like dams. Cloud to Street projects that the proportion of the population exposed to floods will increase across many of the world’s regions by 2030, including Europe, North America, central Africa, South America and most of Asia.

According to the WRI, only one third of that projected increase is expected to be driven by climate change. The other two thirds would come from demographic shifts: more people being born in or moving into exposed areas.

That means that, as with the past changes in flood exposure measured by Cloud to Street, our future capacity to protect people from floods will be decided by policymaking and the use of resources. Expanding funding for both climate adaptation—making our infrastructure and economies more resilient to floods and other shifts in the weather—and wider development programs will help reduce the number of people who lose their homes, livelihoods and lives in floods, Tellman says. “Flood exposure is not just a climate problem, it’s a human problem that we’ve produced. And the hopeful part is that it really is within our agency to change that reality.” 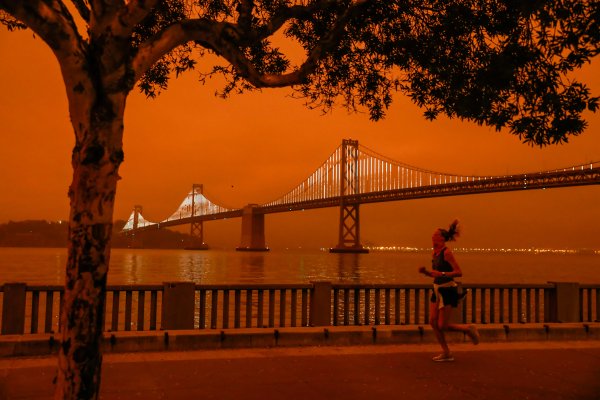