In the ‘Great Reshuffling,’ People Are Flocking to Montana’s Biggest City. Its Mayor Has a Good Idea Why

The July 21 front page of the Billings Gazette included the following stories: a local man used a bow and arrow to catch a world-record paddlefish (92 lb.), searchers reported a possible sighting (which proved false) of a missing hiker, and Montana coal production dropped sharply last year. But the lead story was on the housing boom sweeping the nation and its impact on Montana’s biggest city. “Billings real estate market ranks hottest in the country,” the newspaper declared, citing a Wall Street Journal index, which ranked Billings as the No. 1 emerging housing market, based on its affordability and draw for newly flexible workers.

Billings, like many smaller cities, has experienced an influx of newcomers since the pandemic and remote work sent many Americans in search of cheaper housing and a less stressful lifestyle in homes with more space and shorter commutes. According to a Zillow study in April, 11% of Americans moved during the pandemic, which has generated a profound shift in priorities for many people. Many of the beneficiaries of such moves are sunny, warm-weather cities in Florida and Texas, but Billings has benefited from people leaving pricey housing markets in California and the Seattle area.

The average single-family home in Billings, whose metropolitan area has a population of 184,000, was $376,248 in June, up 32% from a year earlier, according to the Wall Street Journal. Another big draw is its 3% unemployment rate, about half of the national average, and its proximity to the outdoors, including Yellowstone National Park and the Beartooth Mountains.

TIME caught up with Billings Mayor Bill Cole, a graduate of Dartmouth College and Columbia Law School, on how the Great Reshuffling is affecting the community, the factors driving so many Americans to relocate and his approach to paying for the increased demands on the local infrastructure.

What’s behind the flurry of moves to cities including Billings?

My theory is that there are three major influences that are motivating people to move. One, of course, is COVID-19. People hit the refresh button on their priorities. And when they did hit that refresh button, friends, family and community came out on top of that list, and things like money and career went down a notch.

So unlike other times in history when there are migrations, people aren’t moving to Billings to strike it rich?

Believe it or not, in Montana, and certainly in Billings, the first question when you meet somebody new is not always “What do you do?” It is just as likely to be “Oh, I see you got a new truck. How do you like your new truck?” Or you’re walking your dog and people will ask, “Do you bird hunt with your dog?” It’s subtle, but it matters.

What else is motivating people to move?

The second one is politics. The 2020 election cycle was unusually brutal and divisive. I think it’s possible, although I don’t have data, that some significant portion of the trend toward smaller cities has been from the coasts, from blue states to red states. It’s people seeking out other people who think more like them, and where they feel more comfortable, culturally and politically.

I have not heard anyone express that view before.

We see it—people coming from California, maybe parts of Washington, the Seattle area, larger cities. Places like Montana are going to be perceived to be further to the right, more red, and that has certain attractions for some. Driving back to the office for this interview, I was behind a BMW 328 with a personalized license plate that said “Trump 24,” which you would not do in downtown Manhattan. Correct me if I’m wrong.

And what is the last reason?

The third factor is economics. You have people that have lost jobs. They have been displaced. And so they have an opportunity to move or a motivation to move that they might not have had before. But that’s not where the economic component ends. It may be a trigger, but you still have to have the ability to move, and our housing is significantly less expensive than many formerly more popular areas, especially on the coasts: in California, especially in Washington State, Seattle area, Portland area and even places in Montana like Bozeman and Missoula. Our housing continues to be much more affordable.

Is Billings getting gentrified?

Billings is what the rest of Montana used to be like. Just this morning, a co-worker who had just come back from a few days in Bozeman was bemoaning the way it has changed, the number of people from out of town, trust-fund babies. [Bozeman is] overcrowded, and it has changed in its character. People are discovering Billings and seeing its advantages, which are more middle-of-the-road, politically and culturally. And ironically, more ethnically diverse.

Can you get a good bagel in Billings?

You can actually, yes, you can. Not as good as Zabar’s.

That number that you threw out is actually a higher percentage of nonwhite than other Montana cities. By Montana standards, 11% nonwhite is very significant. But the number of the future is the nonwhite makeup for people age 20 and under. And when you look at that, approximately 20% of Billings [residents] who are 20 and younger are nonwhite. That’s our future. If you care about ethnic and racial diversity, and see that as a positive, it is increasing dramatically.

What’s happening to housing prices, and what issues is that creating?

It’s a real challenge. We, like many other communities, are seeing a huge upward swing in home prices. Residential real estate supply is now down to about 20 days on the market for an average, down from a typical 50 days or more. So we can expect to see that trend continue for a while because there’s a lot of pent-up demand.

Are you hearing grumbling from locals about the housing inflation caused by outsiders?

A small amount, yes. Most people recognize the benefits of growth.

How are you managing the growth and new demands on roads, hospitals, parks, schools caused by new residents?

The key goal is to make sure that growth pays for itself. There is always a political tension between distribution of the cost of infrastructure between existing residents and new residents. We work pretty hard to make sure that developers pay system-development fees and hookup charges for sewer and water. [Mayor Cole is a former corporate real estate lawyer.]

What about cultural issues: You are near the site of the Battle of Little Big Horn, and Native Americans represent nearly 5% of the population.

I think the first time that most of us have even heard of critical race theory was when it became a national controversy. Most of us see the controversy over a lot of these issues around the country with a bit of a smile—smile is the wrong word—we see it with a jaded eye. We’re still a small town. We try to work issues out person to person.

Do newcomers have to bring their own job?

You do not have to bring your own job. We have some.

I was surprised to learn that Billings has something of a crime problem. What’s driving it?

In a word, meth. The proliferation of methamphetamine over the last 10 years has correlated with the crime rate. Approximately 80% of violent and property crime can be associated with substance abuse, not just meth. Opioids have affected the rest of the country and are getting traction here, but what has driven our crime problem is methamphetamine.

I see some nice maps on your office wall.

I collect antique maps of Montana. I have one of the largest such collections, certainly, in the state or probably anywhere.

Note: The Leadership Brief will not appear next week, returning Aug. 15. 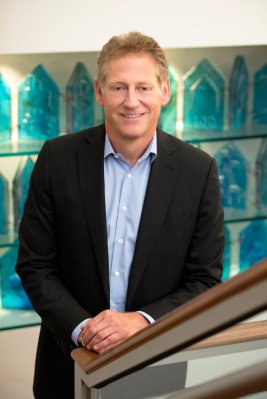 Albemarle's CEO on the Lithium Battery Boom
Next Up: Editor's Pick