The Start of the Jan. 6 Insurrection Inquiry Shows Its Stakes—And Its Shortcoming

When police officers put their lives on the line to protect the U.S. Capitol from a violent mob on Jan. 6, most congressional Republicans scrambled to hide from the invaders.

When some of those same officers testified Tuesday in front of a House select committee charged with investigating the Capitol attack, most of those Republicans spent the day attempting to downplay the incident, discredit the probe or spin false narratives that Democratic House Speaker Nancy Pelosi was somehow responsible for the insurrection.

The committee’s first public hearing was a clear illustration of why the investigation is necessary—and why it may fail to achieve the unifying consensus it seeks.

While Republicans deflected, four officers who defended the Capitol during the riot painted a gripping portrait of an all-out physical attack on the seat of American democracy, intended to disrupt the peaceful transfer of power that has defined the republic for more than two centuries. Metropolitan police officer Michael Fanone recounted pleading with a mob that threatened to kill him with his own weapon, yelling that “I have kids.” Metropolitan police officer Daniel Hodges said one of the “terrorists” had attempted to gouge out his eye. Capitol police officer Harry Dunn said the crowd had chanted the n-word at him, while his colleague Aquilino Gonell said the fighting was worse than anything he’d seen in Iraq.

Throughout the testimony, both the officers and the members of the committee sought to describe their response to the riot as a patriotic duty outside the realm of partisan politics. “At no point that day did I ever think about the politics of that crowd,” said Fanone. “But what did resonate was the fact that thousands of Americans were attacking police officers who were simply there doing their job.”

But throughout the hearings, it was impossible to ignore that a number of Republicans were not in the hearing room doing theirs. After Pelosi nixed House Republican Leader Kevin McCarthy’s selection of two Trump loyalists to the committee, McCarthy pulled the rest and decided to boycott the panel, which the GOP has sought to undermine nearly from the start. Just two Republicans are sitting on the committee, Reps. Liz Cheney and Adam Kinzinger. Both were tapped by Pelosi.

Both Cheney and Kinzinger gave strong opening statements about the importance of the committee’s work. “Will we preserve the peaceful transition of power, or will be so blinded by partisanship that we throw away the miracle of America?” asked Cheney, a Wyoming conservative who has emerged as one of the few Republicans willing to acknowledge Trump’s lies about the election—and who lost her position in GOP House leadership as a result. “Do we hate our political adversaries more than we love and our country and revere our Constitution?”

Kinzinger echoed those themes. “Many in my party have treated this as just another partisan fight. It’s toxic and it’s a disservice to the officers and their families,” he said, growing emotional. “I’m here to investigate Jan. 6 not in spite of my membership in the Republican Party, but because of it. Not to win a political fight, but to learn the facts and defend our democracy.”

The insurrection was an act of political violence that grew from the conspiracy theories and lies promoted by the Trump campaign about the election outcome. “It’s not a secret that it was political. They literally were there to ‘stop the steal,’” said Officer Dunn. “When people say it shouldn’t be political, it was, and it is. There’s no getting around that.”

“Liz Cheney and Adam Kinzinger are being lauded as courageous heroes,” Dunn said. “Why, because they told the truth? Why is telling the truth hard? I guess in this America it is.”

Outside the room, the GOP was proving Dunn’s point. In a press conference organized by GOP House leadership, Conference Chair Elise Stefanik, who replaced Cheney in that role thanks to her embrace of Trump’s election fictions, promoted a bizarre claim “that Nancy Pelosi bears responsibility, as Speaker of the House, for the tragedy that occurred on January 6.” This is false: the Speaker does not control Capitol security, and it was Trump, not Pelosi, who exhorted the mob to march on the building.

Which was news to the officers who held the line to protect the lives of these members. “If that was ‘hugs and kisses,’ then we should all go to his house and do the same to him,” said Gonell. “Instead of sending the military, instead of sending the support or telling his supporters to stop this nonsense, he egged them on to continue fighting,” he said. “All of them were telling us, ‘Trump sent us.'”

But Gonell was speaking to a committee with just two Republicans, both of whom have been ostracized by their peers for acknowledging these facts. And without bipartisan buy-in, it’s hard to image that the committee’s hearings, no matter how powerful, will result in a sense of shared accountability and national catharsis.

“Telling the truth shouldn’t be hard,” Officer Dunn said. “Everything is different, but nothing has changed.” 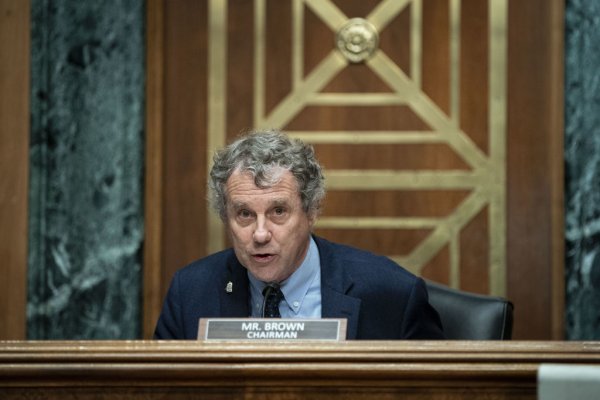