Why the Respiratory Disease RSV Is Having an Off-Season Surge

Dr. James Antoon, an assistant professor of pediatrics at Vanderbilt University Medical Center, often goes an entire summer without diagnosing a single case of respiratory syncytial virus (RSV). The common illness, which typically results in mild, cold-like symptoms but can be severe in infants and elderly adults, usually goes along with the winter flu season.

But this summer, RSV cases are spiking, particularly in southern states. Around 2,000 confirmed cases were recorded across the U.S. during the week of July 10, 2021, compared to less than a dozen during the week of July 25, 2020. The actual number of infections is likely higher, since clinicians may not test sick children for RSV outside its usual season, the U.S. Centers for Disease Control and Prevention (CDC) said in a recent advisory.

The spike is somewhat logical, even if the timing is unusual. When the pandemic hit, sending people inside and behind masks, respiratory illnesses like RSV circulated at “historically low levels,” the CDC said in a report published today. Now that people are easing up on COVID-19 precautions, they are also coming back into contact with pathogens that have existed, but weren’t spreading much, throughout the pandemic. RSV infections began to tick upward in April 2021, the CDC says.

In the U.S., RSV case counts are “incredibly high for the summer,” Antoon says, “but it’s about on par with what we see in the winter.” That suggests COVID-19 prevention delayed the normal RSV season. A similar RSV spike happened during Australia and South Africa’s summer seasons.

But what’s harder to explain, Antoon says, is why RSV is circulating widely while some other respiratory viruses, like influenza, aren’t. (Though infection rates for parainfluenza, which causes croup in children, are also rising right now, he notes.)

RSV is quite transmissible, more so than some other viruses. But one reason for the surge may be that children who typically wouldn’t be susceptible to RSV are vulnerable this year.

Human immunity builds up over time. You’re likely to have the worst reaction to a pathogen the first time you see it. After that, your body knows what it’s up against and is better at fighting it off.

Typically, the CDC says, almost all children catch RSV in their first two years of life. But babies who were born during or shortly before the pandemic may not have encountered RSV as they usually would have, meaning they’re extra susceptible to it now.

“These viruses don’t disappear in the summer; they’re just much, much lower in frequency,” explains Dr. Richard Malley, a senior physician in pediatrics at Boston Children’s Hospital. Coming off a year when few children got RSV during its usual season, infections may spike “at times when they would normally not be present, presumably because a little bit of the immunity in the whole community was not reinforced by exposure,” he says.

That’s no reason for parents to panic, Antoon says. “All the instructions we give to parents winter after winter apply this summer,” he says.

At the top of that list is monitoring symptoms. Mild symptoms like a runny nose, coughing and sneezing aren’t cause for alarm, he says—but if a child has trouble breathing, is very lethargic or can’t keep down food or water, they should see a doctor. Adults infected with RSV usually develop nothing more than cold-like symptoms, but elderly adults should be on the lookout for more severe issues, like dehydration or trouble breathing.

Beyond that, Antoon says, parents should teach the same disease-prevention practices they did prior to the pandemic, like frequent hand washing, covering coughs and sneezes, and staying home when someone in the household is sick. That’s especially important with the start of traditional flu season only a few months away.

“Reduced circulation of influenza viruses during the past year might affect the severity of the upcoming influenza season given the prolonged absence of ongoing natural exposure to influenza viruses,” the CDC warned in its July 22 report. That will make disease mitigation, and flu vaccination, crucial this year. 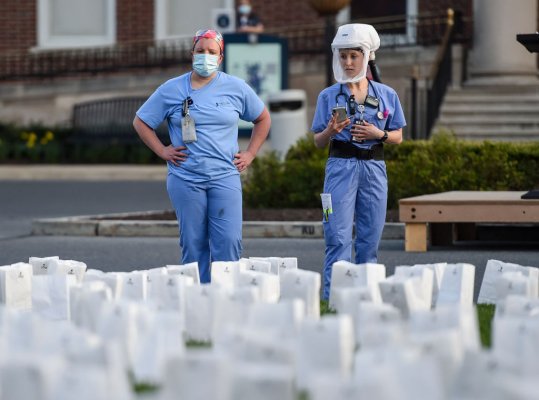