Over the weekend, Britney Spears took to her Instagram account for a broadside against “those of you who choose to critique my dancing videos,” hyperactive clips soundtracked by hits like Prince & the New Power Generation’s “Sexy MF” and Lenny Kravitz’s “Fly Away” that the pop star has been posting to the photo-sharing service for months now. The profanity-laced missive, which was accompanied by an image inviting any questioners to “step on Legos,” touched on how even though Spears had been hurt by her support system, she still had hope. Not to be ignored were the two potent words “I quit,” emphasized by four exclamation points.

It’s unknown whether Spears was indeed quitting music or just over trying to please people. But the note did echo a recent statement by her now-ex-manager Larry Rudolph, who said that she had “been voicing her intention to officially retire” in a letter resigning from his managerial post earlier this month.

One thing that Spears voiced objection to in her Instagram post was the way she had been ignored by her team while “begging to put my new music in my show for MY fans.” While this plea for agency highlights recent revelations of her utter lack of it, both in her conservatorship hearings and this year’s documentary Framing Britney Spears, it also brings up a compelling question about Spears’ career and artistic legacy. Spears was the biggest pop star of the Y2K teen pop era, and she still looms large today, with artists as varied as the nightmare-conjuring Billie Eilish and the alt-rock doyenne Courtney Love spotlighting her impact on the pop world through interviews and cover songs. If the Britney Spears catalog turns out to be complete as it stands today, how will we look back on her career?

Read More: Britney Spears’ Case Is Back in Court. Here’s What Could Happen Next With Her Conservatorship

Spears grew up in Kentwood, La., and appeared off Broadway and on Star Search before her big break as a pre-teen: a role in the Disney machine as part of the revived The Mickey Mouse Club, which also featured eventual stars like Christina Aguilera, Keri Russell and Ryan Gosling. While some suits believed she would only succeed as a member of a band like the Spice Girls, her precocious delivery and girl-next-door appeal led to her eventually signing a solo deal. “It’s very rare to hear someone that age who can deliver emotional content and commercial appeal,” Jeff Fenster, an executive at her eventual label Jive Records, told Rolling Stone in 1999.

How those assets were managed wasn’t entirely up to her at first. In John Seabrook’s The Song Machine, which came out in 2015, the writer notes that Spears’ original artistic vision had her making “Sheryl Crow music, but younger” during her come-up in the late ‘90s. Superproducer Max Martin, who spearheaded “…Baby One More Time” and a slew of other Spears hits, wanted to work with the singer because of her young age, which made her more malleable in his eyes. “She’s fifteen years old; I can make the record I really want to make, and use her qualities appropriately,” he reportedly told Spears’ A&R, Steve Lunt, in the run-up to her debut album …Baby One More Time.

That full-length project, released in 1999, wasn’t a full-spectrum showcase of those “qualities,” but it did offer listeners a crash course in her strengths. Chief among them is her voice, which balances the husky, knowing qualities it displays on the title track and other upbeat songs like “(You Drive Me) Crazy” with the wounded, searching emotionalism heard on ballads like the sparkling “Sometimes” and the pleading “From the Bottom of My Broken Heart.”

Pop songwriting is more laden with mythology than most entertainment products; credits can include people charged with writing toplines (vocal melodies), snatches of melody, or even bits that sound like already-existing hits (a la Right Said Fred’s credit for a borrowed cadence on Taylor Swift’s “Look What You Made Me Do”). Run down the credits of Spears’ albums and you’ll see her name pop up under the lists of songwriters. What that actually might mean is fairly opaque; she could have written an entire song or just a line.

Still, Britney Spears wouldn’t be Britney Spears without the outsized, appealing personality at the megastar’s nucleus. Martin was onto something when he said he would “use [Spears’] qualities appropriately,” even if the phrasing does give one pause in the context of her present life under conservatorship. Over the years, her catalog has been studded with songs that reflect the facets of the singular traits at which she’s offered glimpses. Her 2011 comeback single “Hold It Against Me” pivots on a pickup line that sounded dated in the swingers’ era four decades prior–”If I said I want your body now, would you hold it against me?”–but her attitude, half-winking, half-serious, makes it work. Tracks like the defiant “Stronger” and the hip-shaking “Overprotected,” meanwhile, showed off her inner strength, presaging her recent courage in speaking out against her current situation. And other pieces of her catalog, particularly in the depths of special-edition bonus tracks, show off her personality’s quirks and depth, from the loopy 2016 track “If I’m Dancing” to the chilling video for her 2004 single “Everytime.”

This was why her performance at the 2007 MTV Video Music Awards, during which she sleepwalked through the brooding Blackout opener “Gimme More,” was such a blow for fans. That show, which followed a string of highly publicized personal challenges exacerbated by the cruel tabloid landscape of the era—felt like a sign that Spears’ spirit, which had propelled her into the American mainstream, had been if not snuffed out, at least misplaced.

Read More: At Last, Britney Spears Gets a Voice in Her Future—And We Have Her Fans to Thanks

Blackout, which contained production and songwriting contributions from the likes of Pharrell Williams (with his duo The Neptunes) and “Toxic” hitmakers Bloodshy & Avant, was hailed upon its release, presaging the synth-heavier, moodier sounds embraced by the likes of Kanye West on 808s & Heartbreak and Lady Gaga on The Fame. While Spears was reportedly more in control on that record than any other, Blackout succeeds in part because she’s a mysterious presence at its core, her signature wail refracted by effects and shrouded in synths. The shadowy vibe reflects the atmosphere surrounding her at the time, with songs like the glitchy paparazzi rebuke “Piece of Me” and the spare synth pop banger “Radar” feeling of the always-on digital age.

Since Blackout, Spears has released four albums, all of which have sold well; their reception, though, seems to parallel just how weird she can get on them. The lead single from 2013’s Britney Jean, the brittle “Work Bitch,” was shrug-worthy upon release, and lyrics like “You want a hot body, you want a Bugatti/ you want a Maserati? You better work, bitch” land uncomfortably after her conservatorship hearings. In contrast, her most recent full-length, 2016’s Glory, was hailed for its explorations of post-millennial pop’s fringes. It concludes with “Coupure Électrique,” an icily minimalist track in which Spears whisper-sings, in broken French, of love in the dark, a throwback to the Blackout era that also lets her display her playful side.

More than two decades after her debut, Spears’ legacy as a pop artist is complex, made up of dazzling musical heights and music-business-borne lows. This year, Olivia Rodrigo’s path from Disney stardom to pop-chart domination bears broad similarities to Spears’. The “drivers license” singer was born a few years into Spears’ era of TRL superiority, though, and in a recent interview with Nylon, her response to a question about Framing Britney Spears indicated that she sees the treatment of the elder pop supernova as a sign of how easily pop stardom can be undermined by supposed allies. “I just hope that this next generation of women don’t get asked [invasive] questions…. I hope reporters don’t think that that’s OK. It’s just disgusting,” she said in the interview.

The twists and turns in Spears’ story over recent years have fundamentally altered the dream of becoming a pop star, even as the appeal of finding one artist who can make a song that changes the world for five minutes remains. While Spears’ catalog is part of the canon that defines the first 20 years of this millennium, one hopes that her public struggles, and the strength she’s shown while enduring them, will lead to her cementing her true legacy: Reshaping the machine that turns those songs into cultural touchstones. 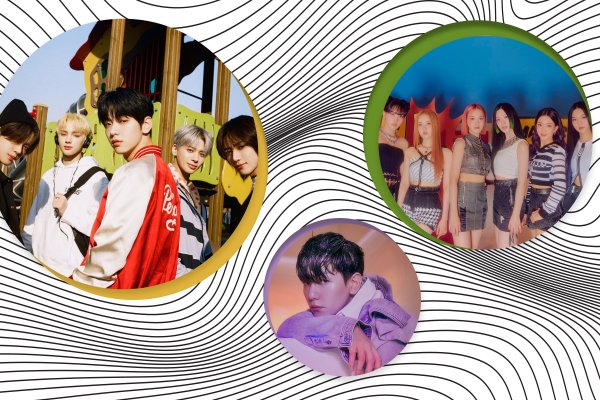